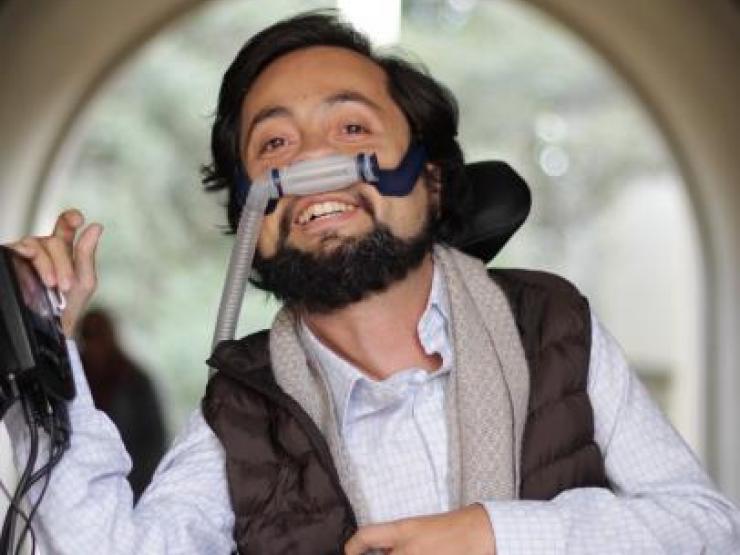 Many conversations about diversity and inclusivity begin with racial and gender equity. They’re important considerations, to be sure, but true inclusivity delves deeper. It considers qualities such as socioeconomic status, sexual identity, and myriad abilities and disabilities.

Dr. Victor Pineda is addressing how to create a more inclusive world for people with disabilities through advocacy as well as academia. A Senior Research Fellow at U.C. Berkeley, Pineda has dedicated his career to figuring out what the world would look like if it was accessible to everyone. He is the President of World Enabled and of The Global Alliance on Accessible Technologies and Environments (GAATES), the leading international organization dedicated to the promotion of accessibility of the built and virtual environments. He is also a presidential appointee serving the U.S. Access Board.

At Bioneers 2017, Pineda delivered a keynote address about his life and working toward radical inclusion. You can watch his full talk and read an excerpted transcript below.

I believe that there are no problems that are impossible if we have an imagination to look beyond what is apparent and we imagine a new future. You see, that was something that was instilled into me by this incredible woman — my grandmother, Nada. Babi is the rock that raised me. She was the one that gave me the strength to imagine my place in the world and reimagine what I could do.

My mother came to this country in search of opportunities because every time she took me to a school in Venezuela, the principals and the teachers said to my mother, “Keep your kid at home; he’ll be teased in school. It’s better that he doesn’t go to school. Plus, we don’t know what to do with a kid that can’t walk. We can’t really educate him. He’s not going to be able to get a job, he’s not going to be able to have a career. Just keep him at home; it will be easier for everybody.”

My big brother, Francisco, in junior high, said, “You know, Victor, who’s this guy that’s teasing you? I want to beat him up.”

It was that idea that I could actually stand up for myself, and that I could assert my rights with dignity, that allowed me to gain the self-confidence that I needed to tackle the challenges that life would throw before me.

I think family, love, support, being able to think about what’s possible beyond other people’s expectations, was critical. And that’s what my family did. That’s also what instilled in me the desire to go beyond what even I thought was possible.

So I came to the United States. I ended up excelling at school. The United States has passed the ADA – Americans with Disabilities Act. Huge victory for 54 million Americans, and something that supported my education in a way that I did not feel different than Robbie’s red freckles or Sally’s glasses. I just had a wheelchair. It was part of diversity. It was part of the class, but it was also part of my own story because I ended up going to U.C. Berkeley, getting a degree in political economy, business administration, then a master’s in regional economic development, and a PhD from UCLA in urban planning. Now I teach at some of the world’s most prestigious universities. Not bad for a kid that wasn’t going to get an education, right?

You see, inclusion really is not about just who’s in or who’s out. Inclusion is about understanding the diversity of all of our lifestyles and all of our preferences. It’s not about whether you can see or you can’t see; it’s about a spectrum of abilities. It’s not about whether you can walk or can’t walk, but how you’d prefer to move around. There are one billion people in the world that live with a disability. That’s one in seven. And that rises dramatically with aging. After 60 years old, the percentage of people with disabilities is about 45 percent, and after 80, it’s about 75 percent who experience some disability, some challenge, and encounter some way that they want the world to be a little bit more inclusive, a little more accessible.

So what do we do? What do we do to tackle the issue of inclusion? How do we create a world in which you can live with fewer barriers? How do we understand disability not as a medical perspective, but rather as an experience of human life that anyone can fall into at any time? And how do we create those bridges that allow us to realize our potential?

I think we could each do something. We could each think about what it means to be human, and we could each understand that being human is not about being just part of the same species. Google says it’s also about weakness. It’s about understanding that we’re not all perfect. It’s understanding that we each have vulnerabilities. And it’s those vulnerabilities that can unlock strengths within each one of us. It’s those places where we’re uncomfortable where we can we re-imagine what’s possible.

I am really honored that my colleague James and I are working on this initiative called Smart Cities for All because we’re seeing a huge convergence of technology in urban development, and it’s really that convergence that allows us to think about what’s possible, and have new imaginations about the world that we’re creating. You see, we don’t want to just be sustainable. We want to be responsive to the needs of the world and all our people. We don’t want to be just regenerative but also inclusive, meaning: Let’s get a world where love and imagination can create new opportunities and good times and a better future for us all.