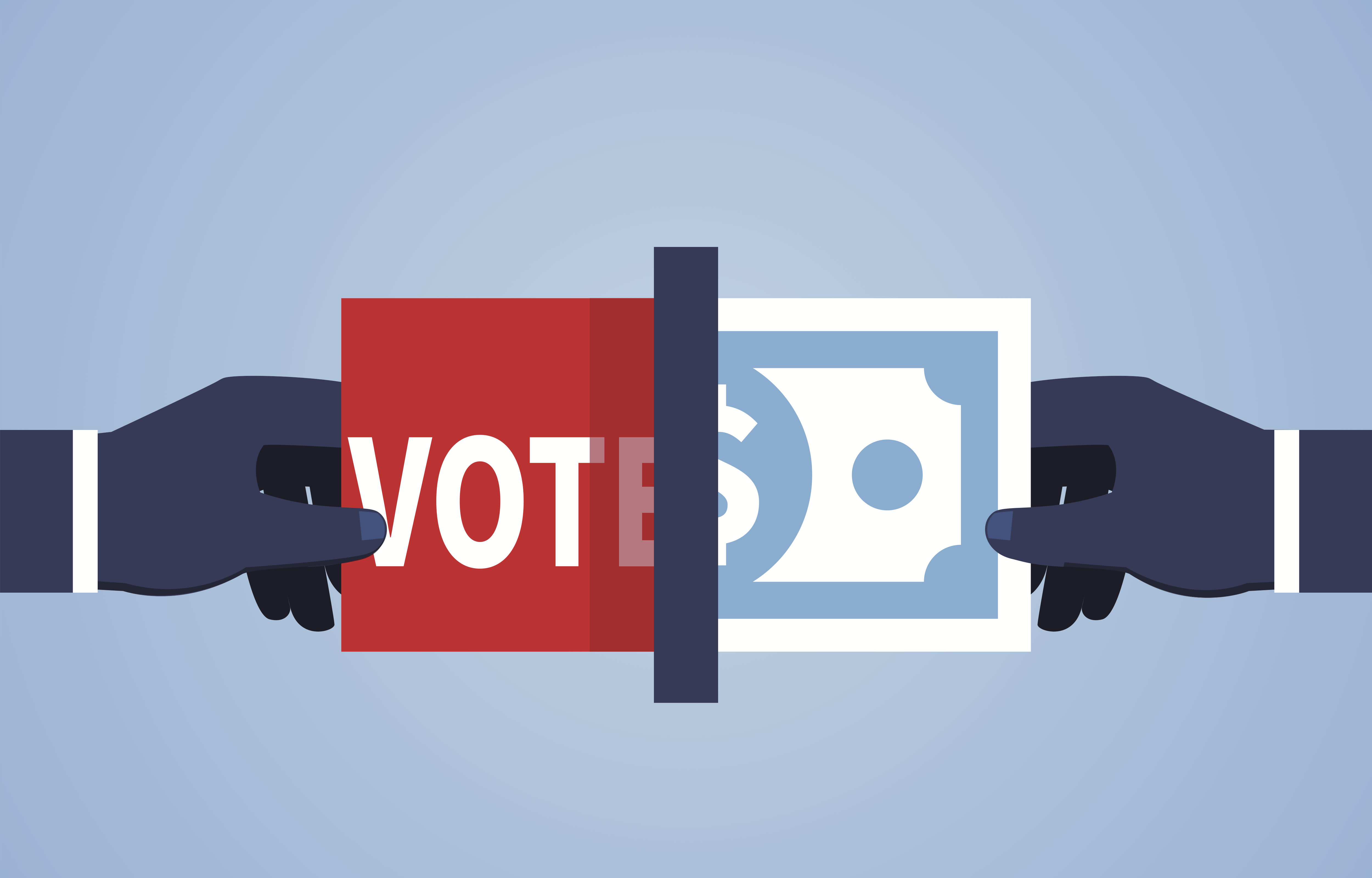 Here in the United States, the work toward true equality and equity continues—not a linear pursuit, of course, as gains are made while others are lost. The journey is inherently fraught and can feel daunting. Still, through democracy reform efforts, people are doing the work toward a society that realizes the values of liberty, equality, and justice. Here are a few critical reforms gaining traction now, and ways you can get involved.

In 2010, the Supreme Court ruled in the Citizens United v FEC case that any limitations on campaign spending constituted an infringement of first amendment rights, arguing that if money can be used to purchase “speech,” then money and free speech are indistinguishable. The last in a series of Supreme Court rulings codifying the idea that “money is speech,” Citizens United effectively disabled states, voters, and legislators from creating or enforcing any laws to limit the amount of money individuals, organizations, or corporations can spend to influence elections. While direct campaign contributions are regulated through PACs (political action committees) and Super PACs, individuals and organizations are able to contribute unlimited money to parties, candidates, and elected officials.

In the years since the Citizens United ruling, political spending has skyrocketed from $1.8 billion spent on the 2008 presidential election to $14 billion spent in 2020. Donors can conceal their political spending through Super PACs. These so-called “dark money” groups are untraceable, and foreign entities use these spending loopholes to influence U.S. elections.

A tiny, elite group makes up the majority of political spending — for example, the 10 most generous individual donors and their spouses have injected $1.2 billion into federal elections over the last decade. By enabling those with the most money to buy the most “speech,” the Supreme Court has created a fundamental imbalance in our ability to participate meaningfully in the political process.

Be part of the solution: Americans across the political spectrum agree that money in politics is a problem and disagree with the Supreme Court’s assertion that money is the same as free speech. One group leading the way toward a solution is American Promise, a non-partisan citizen-led nonprofit organization working to pass a constitutional amendment to enable limits on money in politics. American Promise is organizing an effort to overturn Citizen’s United through a constitutional amendment since the decision cannot be undone by legislation alone. Americans have used amendments to overturn six past Supreme Court decisions, including decisions that upheld slavery and denied women the right to vote. For an amendment to pass, it must be passed in Congress and then ratified by two-thirds of the states (38 states); so far, 22 states have passed legislation in support of a constitutional amendment to enable limits on money in politics. You can join the movement here.

The right to vote has been fought for and won by marginalized groups across U.S. history, yet that right is continually under threat. Following Supreme Court decisions that undermined the strength of the Voting Rights Act (a 1965 act passed by Congress that prohibited race-based voting discrimination), in 2021, 19 states enacted 33 laws that made it more difficult for some Americans to vote. In another threat to voter integrity, both major political parties have increasingly engaged in partisan gerrymandering, a process by which voting districts are redefined in order to favor a particular political party.

In 2021, the John Lewis Voting Rights Advancement Act was proposed to protect voting rights. The bill was intended to “modernize and revitalize the Voting Rights Act of 1965, strengthening legal protections against discriminatory voting policies and practices.” In 2021, Congress passed the Act with a vote of 219-212. However, the Act failed to pass the Senate in November 2021 and January 2022, falling short of the 60 votes needed to invoke cloture.

Be part of the solution: The Poor People’s Campaign is a national nonprofit organization leading a campaign for democracy and justice. Among many justice-based priorities, the Poor People’s Campaign is working to further demands around fair and anti-racist voting practices, including “full restoration and expansion of the Voting Rights Act, an end to racist gerrymandering and redistricting, early registration of 17-year-olds, automatic voting registration at the age of 18, early voting in every state, same-day registration, the enactment of Election Day as a holiday, and a verifiable paper record.” The organization also encourages us to join them in demanding that voting rights of currently and formerly incarcerated people be restored, and that polling places be adequately funded to allow full participation of the electorate.

How Could You Think That? Unraveling the Polarized Mindset

It’s nearly impossible to avoid the narrative: Americans are more divided than ever before; we don’t trust or like each other; things are so bad we are headed for a second Civil War. According to recent surveys, about 40 percent of each party now considers the other side “downright evil.” These partisan divides are driven by hyperbolic political ads, self-reinforcing social media circles, and a 24-hour news cycle that demands ever-escalating clickbait.

The reality is we aren’t as split as the mainstream narrative portrays. Political polarization exists, but it’s driven by misunderstandings and inaccurate assumptions about the beliefs of the “other side.” One recent large-scale study found “people often exaggerate political differences and negative feelings of those on the opposite side of the political divide, and this misperception can be reduced by informing them of the other side’s true feelings.” Other research focuses on the “perception gap”: Democrats and Republicans imagine almost twice as many of their political opponents hold views they consider “extreme” than actually do. Even on our most controversial issues, Americans are less divided than most of us think.

There are also really important issues on which a vast majority of Americans agree, such as universal health care and a living wage – policies that would a tangible difference in the lives of most Americans.

We can each make individual progress on bridging divides: consume less partisan media, avoid sharing inflammatory or derisive materials, talk to one another, and try to find commonalities. But civility alone will not resolve our deep challenges, as More in Common writes: “Our analysis reveals a powerful polarization ecosystem that thrives off of outrage and division. Traditional media, social media platforms, friend networks, political candidates, and consultants benefit from dividing Americans, exaggerating disagreements, and inciting conflict.”

Several organizations are committed to helping people bridge partisan divides and create a future where we value one another’s perspectives and find shared solutions.

Be part of the solution: