Enough is Enough: Can We Let Go of Fossil Fuels? 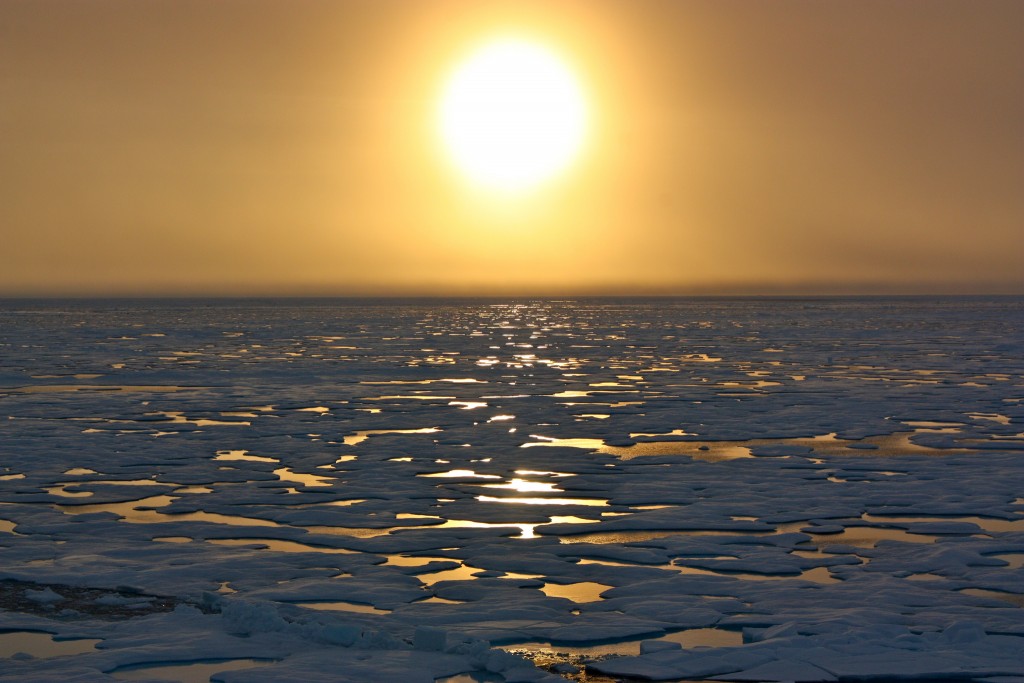 I’m usually a fairly calm and collected guy – friends think of me as one of the more mellow characters in their lives. However, I’ve been downright irate for the past week since reading the news that the Obama administration has given the thumbs up to Shell’s latest plan to drill for oil in the remote Chukchi Sea, off the northwestern coast of Alaska. For some reason, this really hit home for me in a way that took me by surprise. I realize that that oil companies have bought and paid for our government for the most part. I also know that I own a car, which consumes the product that oil companies extract – and which has to come from somewhere until we manage to transition our transit systems to non-carbon energy sources. This news has been followed rapidly by the recent oil spill off the coast of Santa Barbara, the very same beach where I took my son camping for the first time, where we spent countless hours playing in the sand and literally watching dolphins jump through waves in front of us. Perhaps I’ve been lulled into blind optimism while following all the forward progress we are seeing on many fronts regarding renewable energy. It’s complicated to care so much.

There is basically no end to the number of reasons that large scale drilling for oil in the Arctic seas is a terrible plan. Two frequent Bioneers speakers, Bill McKibben and Michael Brune have each authored very useful articles recently that outline in explicit detail why this is such a tremendously bad idea.

First, it’s a climate disaster. As Bill McKibben outlines in a recent New York Times Op-Ed, there is “no climate-friendly scenario in which any oil or gas could be drilled in the Arctic.”

Second, it’s massive ocean health crisis waiting to happen. Michael Brune, Executive Director of the Sierra Club, describes this as an Arctic Nightmare in an article on Daily Kos, reminding everyone that federal agency studies on this exact plan indicate a 75% chance of at least one major oil spill over the proposed 70+ year lifetime of the project. Just look to Santa Barbara, where the massive 1969 oil spill helped galvanize the environmental movement. Nearly 50 years later and we’ve got another mess on our hands. As a local Santa Barbara advocacy group, the Environmental Defense Center, reminds us, “The lesson is that no matter how strict the regulations become and how advanced the technology becomes, we’re going to continue to have oil spills.”

A major oil spill in the pristine and remote ecosystem of the Chukchi Sea would be disastrous. The BP oil spill in the Gulf of Mexico was located relatively near extensive oil spill response resources, took place in a temperate climate where workers could easily gain access to the site and it was still a huge, huge mess. The ability to effectively deal with any spill in the Arctic is limited at best, if not impossible.

Another detail worth noting is the reality that Shell already flunked their first attempt. Shell sent an exploratory pair of drilling rigs up to this same location in 2012 and it ended in an unmitigated disaster. One rig almost ran aground, the other rig did run aground, both had to be rescued, and the sub-contractor running the operation (using one of the oldest drill-ships on earth, which remains the plan) plead guilty to 8 felonies in connection with the fiasco. The Interior Department has since strengthened regulations, but let’s be clear: the problem last time around wasn’t the tenacity of the regulations but that Shell’s expedition effectively ignored what regulations existed anyway. According to the Interior Department’s findings, as reported by the New York Times, Shell “failed in a wide range of basic operational tasks.” It’s like lowering the speed limit in order to slow down the getaway car from a bank heist.

Significant opposition to this drilling plan is solidifying from both expected parties, like the Sierra Club and 350.org, as well as new allies.  The Port of Seattle has voted to postpone the ability the drilling rigs to access their staging dock in the city for the time being. Seattle Mayor Ed Murray commented, “We need not continue with the past. It’s time to turn the page. Things like oil trains, coal trains and oil drilling rigs are the past. If it was up to me, there would be no place for Arctic offshore oil drilling equipment in Seattle.”  Will a flotilla of kayaks (see: kayaktavism) prevent the drilling rig from leaving Seattle for the Chuckchi Sea? Hard to say, but Seattle does have a history of citizen activism clogging up the wheels of global capitalism.

I have to say, while being irate is a feeling that I’m not particularly fond of, at the moment it strangely gives me hope. The underlying take-away from all this news is one more reminder of a fundamental power struggle taking place in the world today, as Naomi Klein discussed last year at Bioneers, pitting the past against the future. Climate change (and global capitalism, for that matter) is a complex issue precisely because the cause and effect are somewhat diffuse. As the opposition to the Keystone XL pipeline has shown, at some level we need large in-the-flesh projects as tent-poles for resistance, media coverage and, hopefully, consciousness shifts. It’s entirely possible that this foolhardy decision to approve Shell’s latest offshore drilling plan will combine with recent successes in the divestment movement to continue to galvanize energy and action around climate change.