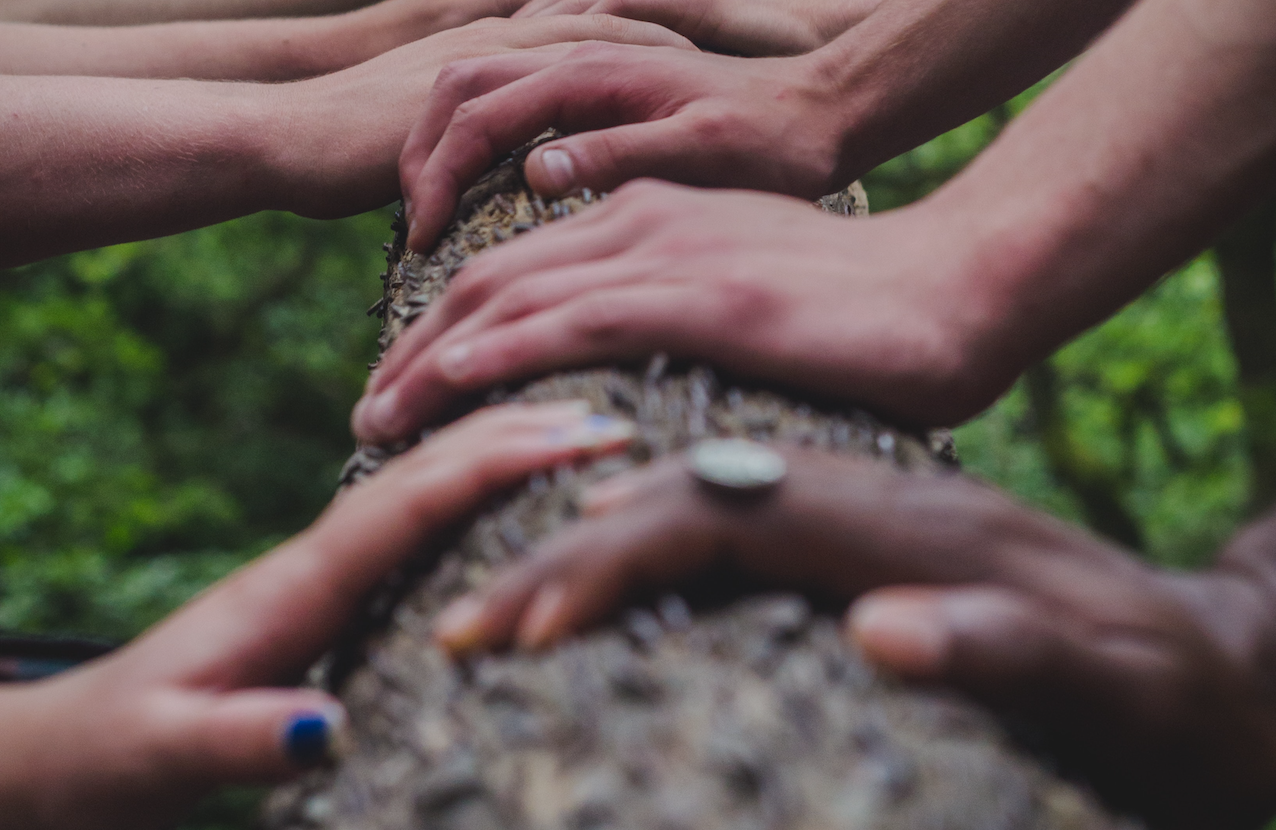 As the first African American, first female, and youngest mayor of Greenville, Mississippi, Heather McTeer Toney has seen firsthand how people of color and low-income communities are some of the most vulnerable populations to the consequences of climate change. She advocates embracing climate justice as the social justice issue of our time. Toney is now leading an environmental inclusivity movement in her work as National Field Director of Clean Moms Air Force, an organization of more than one million parents united in the fight against pollution to leave the next generation a healthy planet.

Following, McTeer Toney discusses what it means to be an environmentalist today.

This is important to note. When we think about what an environmentalist is, if this is the general image and lens through which we see environmental engagement — and it’s a lens of privilege, a lens of singularity, a lack of community — then it’s no wonder words like “environmental justice” or “climate justice” create dissention.

In 2009, The Washington Post ran a story on my city. I was mayor of Greenville, Mississippi, and they’d been working with us for some time. Being young and energetic and ready to solve all the world’s problems, I figured I was going to tackle brown water in my community. So at the ripe old age of 27, I decided that running for mayor and focusing on this as one of many issues in my community would attract some attention. And it certainly did; it got the attention of The Washington Post.

On a Monday morning, above the fold, people saw the face of a child in a bathtub full of brown water. And right below that fold, they saw a picture of me, looking serious about rectifying this issue in my community.

After that, I was visited by Lisa Jackson. She was the first African American administrator for the U.S. EPA. She said, “You know you’re working on environmental justice issues, right?” She said, “You know the mission statement of the EPA is to protect human health and the environment, right?” That was my advent into eventually working for the EPA. I became the regional administrator for the Southeast region to do community-facing work for community problems on climate and the environment.

But herein lies the problem. Because if the lens that people see the environmental work through is colored, then it doesn’t allow for solutions grounded in things like cultural competency and realistic outcomes.

If there’s anything that being a mayor and a regional administrator has taught me, it’s that you had better have an answer for the people, and you have to have solutions. You must be solution-minded, and there’s not a lot of time to sit around and have meetings when the people need a solution. That’s the same thing that we have an issue with right now.

I know you know the results from the IPCC report, and you know what’s going to happen in terms of global climate change and crisis and emergency. There are all of these solutions out there. But then we talk about the solutions in ways that people cannot grapple with and embrace.

Perfect example: The IPCC report has said that one of the things we should do to help reduce carbon emissions is to not eat as much meat. It is a solution that has been touted and that a lot of people have gotten behind. I am a black Southern Baptist woman from Mississippi. I cannot go into my church and say we are not going to have chicken and bacon. It’s not going to work. I’m from Mississippi — you can’t tell me how to grow food. My ancestors did it. You can’t talk to me about what I should be doing with respect to the soil, because I taught you.

This is one of the things that I love so much about Moms Clean Air Force, an organization that I’ve been blessed to now be a part of. It’s because mothers do what mamas do. We are going to protect our babies to no end. Whether we are protecting them from the impacts of climate, or we are protecting them from gun violence, we are protecting all of our children, and we recognize that climate has something to do with all of it. It’s called bringing people to the table. If you’re a mother, you know how to make children play together. You know what’s happening when they’re fighting. If you’re a mother, a grandmother, play cousin, auntie, you know how to do this. This is not rocket science.

We’re realizing that our voices are required at this moment. It’s not an option. It’s a requirement. It’s like when you hear the kids in the back room, and they’re making a whole lot of noise. That’s all right. But when you hear something break, and it gets eerily silent, you know you have to get up and go into that room. What we’re saying as mothers is that we are now getting up and going into the room.

Those are the rooms that we sit in. We go into the rooms where the policymakers are, where we are testifying before Congress, where we are saying this is what is happening in our communities. This is not an option. We shall be on record because we have something to say, and we recognize fully that if it is not said by us then it will not be said and shared. These are the places where we feel strongly that all of our mothers and grandmothers and grandfathers and aunties and play cousins, anyone who has an interest in seeing the welfare of our children be protected from the impacts of climate change and air pollution, they must be in these places.

And we see an amazing impact. Sometimes you just need things to be done in the language that you understand. And we do that.

We make sure our children are given the microphone to say what they need to say. That’s why this work is important. I do this work because I’ve been doing it for years, and I understand that there are a lot of places that we could be, but this is the social justice movement for our time. This is it. And it’s now.