Following in Nature’s Footsteps: Tracking the Wild with Doniga Markegard 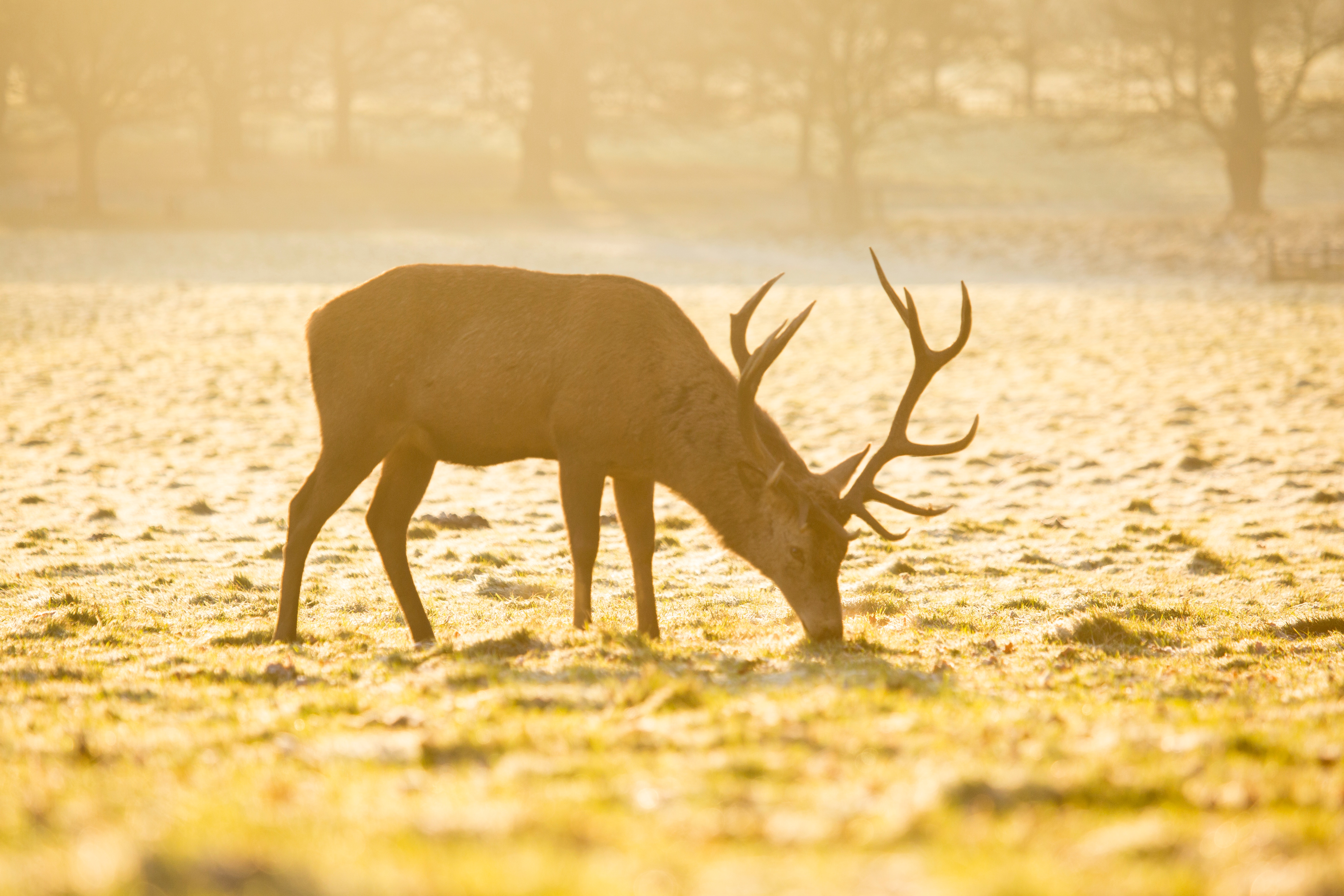 Doniga Markegard, as a teenager, trained as a tracker of wild animals, which ignited a lifelong passion for the natural world. On the trail of a mountain lion on the California coast, she met a rancher with a deep reverence for nature, fell in love, got married, started a family and together they run Markegard Family Grass Fed, a pastured livestock operation in which Doniga blends her tracking, permaculture and holistic grazing knowledge to regenerate coastal prairie lands. In this excerpt (Pg. 183-186) from Doniga’s recent book Dawn Again: Tracking the Wisdom of the Wild, Doniga and renowned Permaculturist Penny Livingston are sharing notes on their observations of the landscape from a tracker’s perspective and a Permaculture perspective, deepening each other’s understanding of nature’s phenomenal complexity and how to mimic nature in systems domesticated by humans. 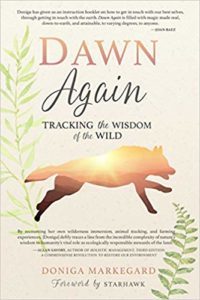 As we entered the grassland, we started sharing our observations with each other. She pointed out the trail of water gaining velocity as it traveled across the land. The trail was worn smooth from the water picking up any small pebble that may have lain there. Penny said the traveling water could be captured or routed in a way that would allow it to penetrate the soil or be stored for later use. She pointed out that once the water hit the road, it picked up even more speed until it gushed out along the downward-sloping edge, causing the erosion she showed me. She was tracking water!

As we traveled along, Penny was looking at the soil types. She would point out the clay soils. “Those would be perfect for natural building materials!” she exclaimed.

We continued to drive down the road on the edge of the grassland. The ocean appeared in the distance. Penny pointed out the trees flagged by the winds, indicating the prevailing wind direction. I spotted a well-used game trail and asked her to pull over. There before us were tule elk tracks crossing the road, filing in one behind the next to travel through the grasslands. They looked fresh, lacking moisture on the disturbed surface, indicating they were not weathered from the morning’s fog. I asked if she wanted to follow the tracks and she eagerly agreed.

The tracks led us over a rise in the grasslands. Quietly we walked until we got up to a ridge. There before us stood a massive bull elk surrounded by five cow elk. With his neck outstretched and muzzle turned up, he sounded an eerie whistle out of his slightly open mouth. His dark brown neck, with long hairs reaching out from chin to chest, flared as he bugled to communicate with the cow elk as well as any bulls that may have been lurking nearby. The dark neck transmuted into a light brown body with a whitish rump. The small group did not compare to the one-thousand-head-strong herds of the past, but still held the magnificence of a species communicating with each other in a way that each individual understood and vocalized in response. The small group sounded high-pitched calls in response to one another, keeping their group together and communicating any alarm. It was an orchestra that needed no rehearsals.

As we stood in amazement in the presence of these magnificent creatures, I could see Penny’s eyes scanning the grasslands. I asked her what she was seeing and she pointed out the types of grasses the elk were feasting upon. The native perennial bunch-grasses dotting the trail looked delicate and wispy amongst the non-native annual grasses. The grasses had already dispersed their seeds, leaving a protective shell opened and exposed, like a mother without a child. She said next year she would come back to that patch once the grass was ready to harvest and collect the seed for her land. I would never have registered that patch of productive purple needle grass or noticed that it would be a site to collect the seeds to propagate elsewhere. Aside from working on the organic farm, I had never focused on propagation of anything in the wild. That day I was walking with Penny, I was focused on propagation of observations and collection of data. Collecting wild seeds was a new concept.

The things Penny focused on showed me how she perceived the world. I had seen the trail of the bobcat in the grass and parted the grasses because I knew there was a good chance I would find the tracks of a bobcat traveling along the edge of the trail, seeking cover in the tall grass. The bobcat could stalk up on the small mammals living in the cover of the plants while at the same time remaining hidden from larger predators or people. I knew what to look for, after having followed the tracks of that species for countless hours. Penny had focused on the movement of water and the types of soil with similar intensity. She had spent her own countless hours observing the way water traveled, was directed or dissipated, absorbed or shed. She applied all of that information to her landscape.

As we drove along, we buzzed like honeybees after being so close to those majestic elk. Our observations were flowing as if our brains had opened up to each other. I realized I had been viewing the earth through the eyes of a non-human animal—I’d worked immensely hard to understand how to get in the mindset of a bobcat, a beaver, a deer, a wolf. And now it was time for me to view the land through the eyes of a human animal—a responsible one, holding all living beings as my kin and relatives. I had learned, as Gilbert Walking Bull prophesized, how to live like the wild animals. I felt I needed to relearn, or perhaps even reimagine, what it meant to be human.