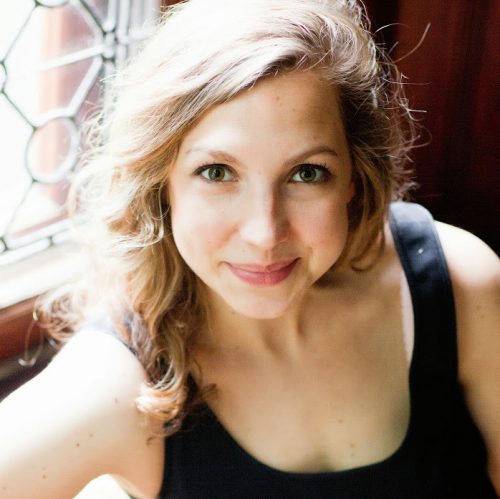 The traditional philanthropy model is overdue for some serious disruption. At Bioneers 2015, we convened four of the most innovative philanthropists to share their insights and practices. Here are some of the highlights of that electric session. 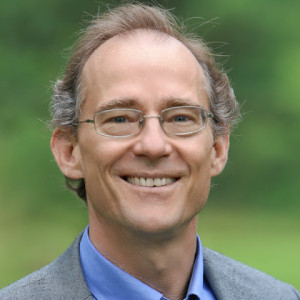 Before we can reimagine philanthropy, take a moment to consider its literal meaning: the love of humanity. Simply close your eyes and take a moment and drop your awareness into the infinite backdrop of your being.

I refer this model as communion, communication, and community: an integral path to re-imagining philanthropy.

How many of us in the audience would trade the profoundly connected life we have for a pile of cash? In the world of wealth and investment philanthropy, we often give more power to that pile of cash than to the gift of life, and the goal of an integral model of philanthropy is to create a union of the two.

I recently sat with a group of financial advisors who were so steeped in the belief that fossil fuels were the only answer. They literally could not see the data right on the screen. I was flabbergasted. The data did not matter because their beliefs colored their perception. We all have that level of filtering going on.

So look at yourselves and ask yourselves: Where are my beliefs actually bordering on dogma? To the degree that we can release ourselves from that, we have more freedom and liberation.

Here’s where we move into action. This is a cosmology from being to action. From ethics, values, thoughts and beliefs, we actually start thinking about our core mission, especially if we’re in the philanthropic world, this is where the rubber really hits the road. Who are we? What do we care about? What has meaning for us? And in the context of philanthropy, where can I give my gift of life, whether it’s an institutional gift or an individual gift?

Philanthropy is not just about money, obviously. If every single one of us has the capacity to give. If it’s of money, fine, great, but also our gift of attention, our gift of skill sets. There’s a numerous range of possibilities, how we give, and it really comes back to somewhat of a selfish but an important feedback loop: What am I here to accomplish in this lifetime? How can I actually live my life consistent with my own personal mission, and therefore act from a greater position of integrity?

The first step is to ask: How do I get more in relationship to myself? How do I establish this state of communion? This is the purpose of introspective exercises – deep breathing, yoga, meditation.

Nina had a really great revelation in the opening plenary today about the importance of reconnecting to ourselves. Her feedback loop is saying, ‘Time to invest more of my attention into being, because there’s so much doing that I’m turning into a stress monkey.’ Right?

So, from communion spontaneously arises insight, communication. And the goal here is let’s get more informed from that source of creative intelligence. Let’s move into action and communicate those ideas with others, because out of communication we start finding our tribe, we start generating commitments. Those commitments are central to generating and creating community.

We find ourselves deeply involved in our communities, because that is where the true wealth of life resides. Cash is no more than a unit of account to facilitate transactions to support greater experience of community. 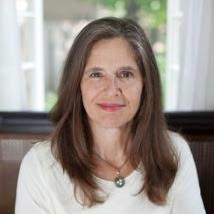 Both of my parents were from super wealthy families. But they were traitors to their class. My dad’s grandfather was one of those Robber Barons who basically did all the things that we’re trying to undo now. When my father and my mother met, they shared an admiration for the Catholic Worker movement and Dorothy Day. My dad became an Episcopal priest and they moved their family to Jersey City for eight years and lived in a slum parish. That’s where I was born.

I recognize that I had these two very strong inheritances. The extreme wealth was sort of bizarre: I visited my grandmother’s house and there was a butler and a maid and a chauffeur. And then we lived in this little parish house in Jersey City slum.

In 1964, when I was 7, we moved to Washington, D.C. I spent my formative years in DC in the ‘60s with activist parents. All the social activism and racial justice, peace movement, politics, human rights—that was what we were raised with.

There was this money, but there was no connection made between these two things. When they died, they left us no guidance for what to do with it.

I didn’t have wealthy friends, so I was totally in the closet about having money. I had a job for many years producing music and TV. All my friends were struggling musicians.

I was in my early 30s when I found The Threshold Foundation, which is a national network of social change philanthropists. Oh my God. I got to go be with people who shared my values and who also had a closet but were out of that closet at least with each other. That’s where my journey started to integrate the money with the values.

My job now with Play BIG is to guide others along that same path. My funny job is to find people who have tens of millions of dollars and are really interested in thinking about it in a different way. We challenge the conventional assumptions not just about philanthropy, but also about people’s assets that are busy, busy, busy doing things that they don’t believe in or want to support. We create an environment to have a conversation to consider a different way of doing it.

What we do is we bring together 18 people who have tens of millions of dollars. Normally they’ve never talked about that money with anybody but their wealth advisor, and not all wealth advisors are talking about the cosmos like Stuart Valentine is. Most wealth advisors are, by definition of their business model, committed to keeping the corpus large so they maximize their percentage.

Someone who comes into Play BIG, yes, they give money; they know what their values are; they have a mission or they wouldn’t be interested in coming. In many cases they have dissociated those things from the invested money because they’ve been told their whole life that it’s very complicated, and you can’t understand it and that’s just how it’s done. 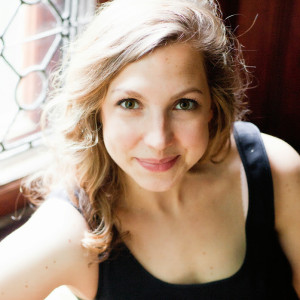 I rebelled against philanthropy for a big part of my life, and I now spend most of my time working in philanthropy. Never, even four years ago, would I have imagined myself here.

My grandfather was a poker player in Oklahoma and in a poker game won a piece of land in East Texas and under that land there was all this oil, and he turned out to be a good businessman. He built a big oil company and was a very right-wing conservative guy, very involved in right-wing politics. But he had a couple of good kids, and one of them was my mom. She spent a lot of her life focusing on women’s philanthropy and giving her money away to women, not with a really political analysis, but mostly to make up for the patriarchy within her family.

I basically thought that was boring, and it definitely wasn’t gonna solve the problems of the world.

I went to Princeton and got a PhD, and one of the things I was really interested in was how detrimental philanthropy and international aid are on communities and on political work I studied the ways in which international aid in the West Bank would pull people out of their political struggle. These kinds of apolitical NGOs that were doing palliative work for people who had been freedom fighters.

I decided not to just write a dissertation critiquing this. I got really interested in the idea of solidarity and what it would look like, what it looks like to be someone with wealth in solidarity with people who are struggling.

I came back to New York right when Occupy Wall Street was happening, and got really involved in that. I came to really believe in the power of social movements and in direct action and people getting into the streets, and civil disobedience, and speaking truth to power. But these are things that philanthropy tends not to fund. But I found some really cool philanthropists and we decided, what if we create a community of people who would fund these kinds of things? And who would just sort of ignore all of the trappings of foundations and 501(c)3s, and just get money into movement spaces.

We started this community called Solidaire. The reason I mentioned the end of philanthropy is because I feel that philanthropy is an interim tool we have in a time when we have vast economic inequality, but it’s only about a hundred years old. The foundation model was created in the late 1800s, and the 501(c)3 was created in the 1950s, and they’re just very ill-equipped to deal with the kinds of problems that we have. These models are structurally unsound.

Can we use philanthropy to think about a new form of ways of funding advocacy and organizing social change in the future? Can we be a part of movements that are addressing economic inequality and racial inequality in ways that will ultimately diminish the amount of money that’s concentrated in a few hands?

On the progressive side of the spectrum philanthropists will think about their interests and their mission and their passions, and then kind of do whatever fits for them. And our question is how can we actually come together and create the structural changes we need, not just as individual philanthropists. If we believe in organizing and movements we have to organize within philanthropy to be more strategic and to think about how we’re going be a part of other social movements of changing the landscape.