Global Climate Strike: How Youth-Led Protests Are Leading a Movement 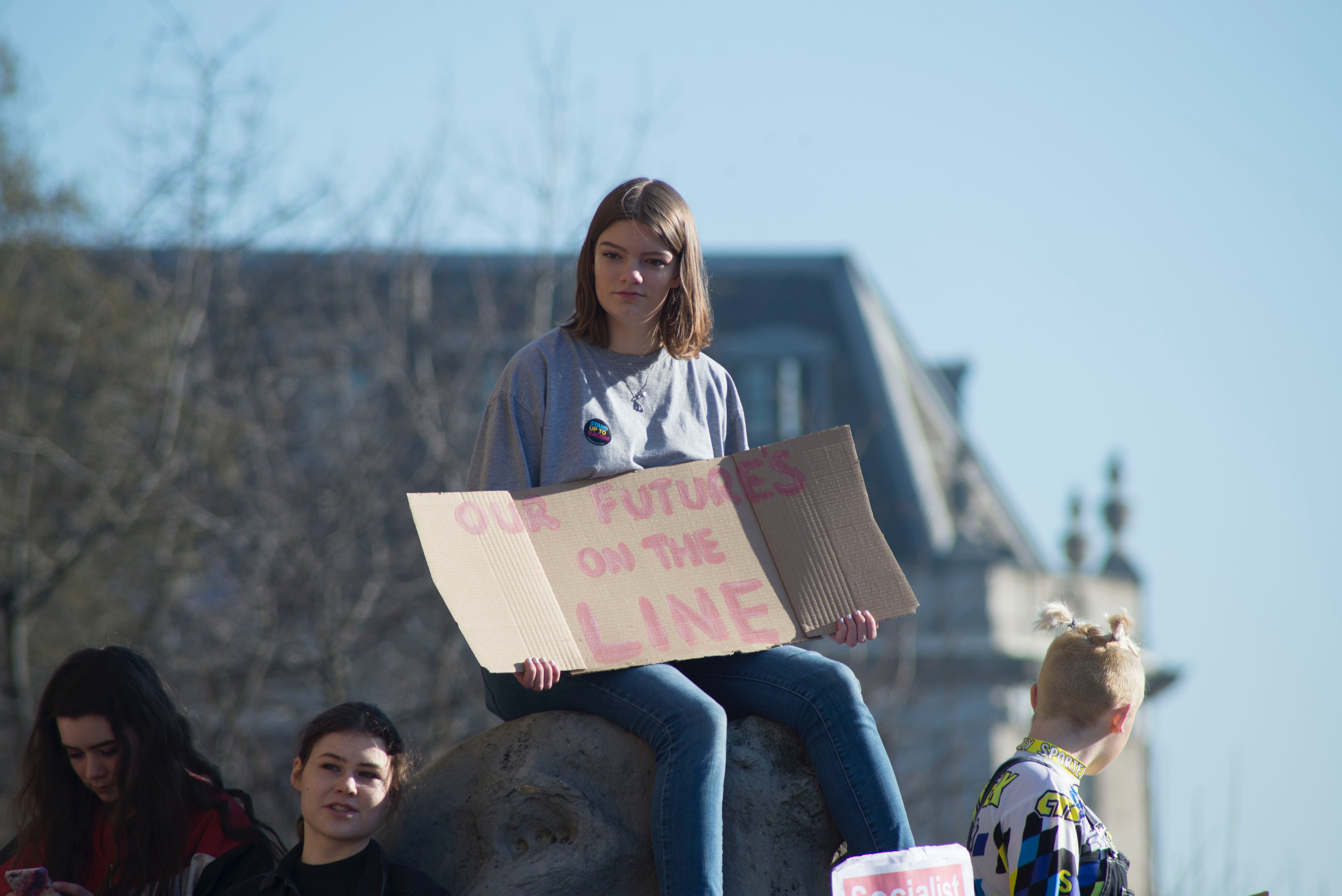 On Sept. 20, millions of people across 132 countries are expected to leave their schools and places of work to take part in the Global Climate Strike. This protest, organized by a coalition of youth climate activists, is meant to send a message to politicians that people want meaningful action on climate change. A massive disruption of the status quo is a deliberate strategy to portray the urgency of the situation, with activists noting that “the climate crisis won’t wait, so neither will we.” The strike is scheduled days before a United Nations climate summit in New York, and will kick off a full week of action and activities.

350.org, an “international movement of ordinary people working to end the age of fossil fuels and build a world of community-led renewable energy for all,” has been an ongoing supporter of youth climate activism, and, most recently, the Global Climate Strike.

“We are supporting young people across the world who are organizing youth-led strikes,” says Thanu Yakupitiyage, Associate Director of U.S. Communications at 350.org. “There was a call from young people across the world for adults to step up and join young people in calling for bold climate action. There’s a real desire to make this an intergenerational moment for transformative action. 350.org is supporting along with many other, I guess you could say, ‘adult groups.’ We are supporting them and making sure we’re backing them all the way. You can check out the U.S. youth demands at strikewithus.org.”

The list of demands for the Global Climate Strike is decentralized, meaning that young people in different locations may have specific, place-based requests. However, the overall purpose of the Strike will be focused on transformation of the economy through ending the era of fossil fuels and supporting a Green New Deal that creates millions of jobs for workers in a sustainable, 100% renewable economy.

The Global Climate Strike is the latest event in an increasingly youth-led environmental movement. In the fight for their future, younger generations are organizing behind leaders like 16-year-olds Greta Thunberg, a Swedish activist who founded Fridays for Future, and Irsa Hirsi, daughter of Rep. Ilhan Omar (D-MN) and executive director of U.S. Youth Climate Strike. The world is currently home to the largest generation of young people in history, and the Union of Concerned Scientists notes that “kindergarteners starting school this month have lived in the five hottest years on record.” Young people will be the ones to deal with a future burdened by the worsening impacts of climate change, which is one reason why they are taking bold action now.

“There’s something really powerful about young people taking the helm,” says Thanu Yakupitiyage, Associate Director of U.S. Communications at 350.org. “In a system of intergenerational learning, what we’re seeing is that not only can young people learn from adults, but adults can learn from young people about what it actually takes to make changes. We’ve seen over the last year, even with the Green New Deal, it really is kids pushing that movement, and we need to get behind that.”

The Global Climate Strike will be huge, but not unprecedented. Earlier this year on March 15, 1.4 million young people worldwide participated in the largest global climate action protest ever as part of Thunberg’s Fridays for Future movement. On May 24, another Fridays for Future strike took place at 2,300 schools worldwide. The fact that these strikes are happening at schools also makes a larger statement about the increasingly dire consequences of climate change.

“The impetus of it is to really disrupt business as usual. A lot of the logic around the strikes and young people leaving school is actually pretty brilliant. It’s like, ‘If you want us to stay in school and prepare for our futures, we’ll do that, but if there is no future for us because of the climate crisis, then why would we stay in school?’” says Yakupitiyage.

The success of the Global Climate Strike is contingent on people showing up and showing solidarity. The easiest way to do so is by signing the pledge to get involved. The pledge page also contains a global map where you can find and RSVP strikes going on near you. If you’re unable to join a strike yourself, you can still take action as an ally. Spread the word with your friends and family, or use this step-by-step organizer’s guide to initiate a strike in your workplace or community.

Coalitions of young people and adults are expected to remain active and follow the growing momentum of this year’s strikes, especially with support from individuals around the world and from other organizations. As one of the main nonprofits helping to organize the Global Climate Strike, 350.org has outlined campaign tactics to help maximize the impact of the strike.

By escalating action, the youth-led environmental movement will continue to “turn up the heat,” so that politicians and big businesses feel the pressure to protect the environment as much as they protect their own profits.