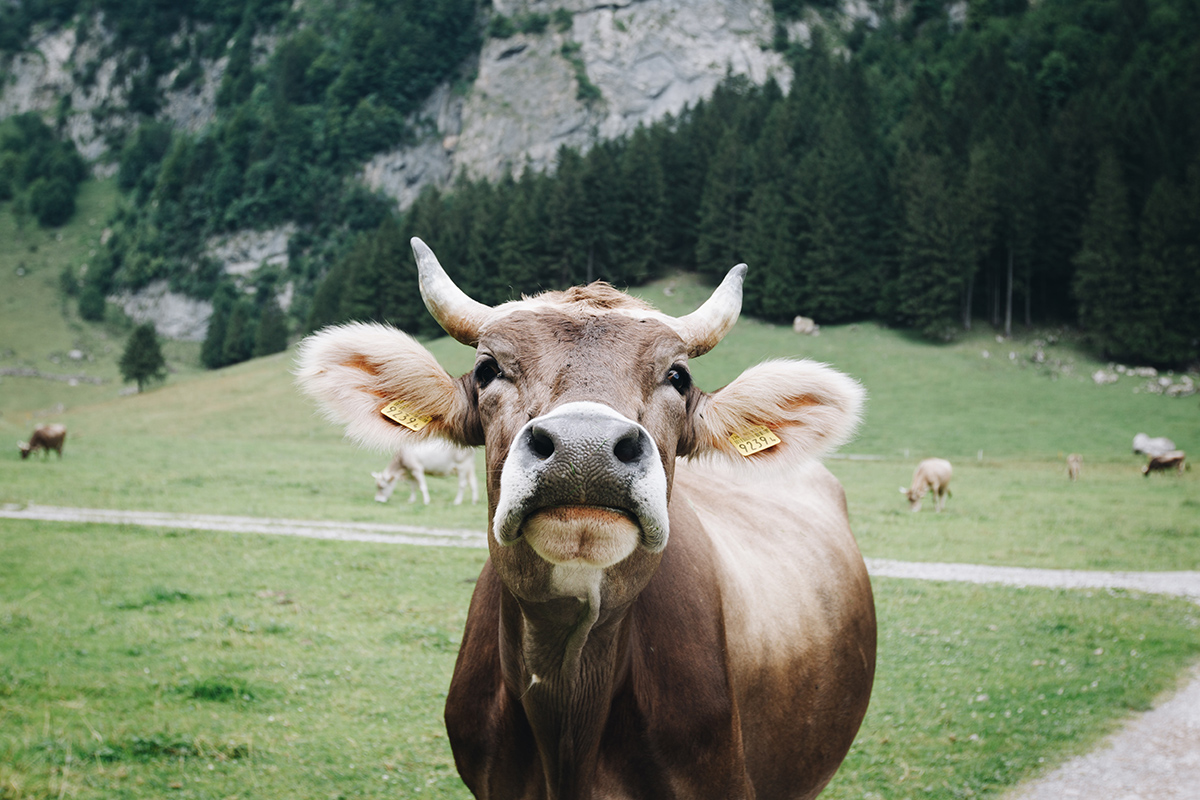 Grasslands, known by a variety of names – prairies, savannahs, steppes, pampas, etc. – are vast ecosystems throughout most of the world that support a diversity of wildlife. According to Andrea Basche of the Union of Concerned Scientists, “Grasslands provide protection against floods and droughts, have the potential to store carbon in the soil, and as a result, help increase overall climate stability.”

The distinct characteristics of grasslands – open, flat, treeless, with deep topsoil and high fertility – have made them victims of exploitation by unsustainable agricultural practices and over- grazing. Half of the North American prairies have been lost to agriculture and the loss continues at rates equivalent to the destruction of the Amazon. The trend of disappearing grasslands is global and with that comes the loss of wildlife habitat, ecosystem services and potential for climate change mitigation.

Zimbabwean ecologist and farmer Alan Savory developed holistic management to help heal the declining health of the world’s grasslands. Holistic management, based on mimicking the dynamics among grasses, ruminants and predators, is a framework for making decisions that takes into account the needs of the land, the animals and ecosystem functions. Timing, location, livestock density, grazing duration and ecosystem cycles are part of the complexity that is intensively managed by holistic ranchers on approximately 40 million acres worldwide.

Despite abundant empirical evidence of success on the ground, Savory has had his detractors who claim that his conclusions about carbon sequestration are not supported with scientific research. However, in the examples that I’ve read of studies refuting the effectiveness of holistic management, the research was not done on holistically managed systems.

Most people don’t think of California as a prairie state, but the coastal prairies, which are rich in biodiversity and are classified as critically endangered, are found from Los Angeles to Oregon.

Doniga Markegard and her family holistically manage 10,000 acres on a number of ranches both north and south of San Francisco.

“Holistic management,” Doniga said in a presentation at the Bioneers conference, “is an approach to an ecological agriculture system that works with nature and focuses not only on the production and the products, but also on the environment and people while ensuring that it’s financially profitable. The basis of holistic management, first and foremost, is to define and know the environment that you’re working with. It really blends well with my background as a naturalist and wildlife tracker because first, we’re getting to know our environment, and only until we have a deep relationship with those species that we’re in this dance with, can we then apply our design and our stewardship.

“I love tracking large predators, not just because of the thrill, but also because we can learn so much from those keystone species. I spent seven summers tracking wolves in Alaska and Idaho; part of what I learned was the dance between predator and prey. When the wolves are in an ecosystem, there’s a trophic cascade where they are preying on the elk forcing them to move. Because of that constant movement away from the predator, the elk aren’t putting as much pressure on the riparian areas. As riparian areas flourish, songbirds and beavers come back. It’s all a beautiful orchestrated dance.

“Nature functions in wholes and patterns. What we’re doing with holistic management is mimicking nature to not only produce abundant food for humans, but for all life on Earth.

“With conventionally managed land, often the perspective is what don’t we want on the land and how do we get rid of it. In comparison, with holistic management we’re looking at what we are managing towards. We’re not saying, we don’t want this or that. Even if there is a species that’s taking over the grasslands, we don’t try to conquer it and get rid of it. Instead we manage for biodiversity. What are the things that you want to see on your land, like pollinators for example? Then you set up those conditions and they will come. Pollinators will come. Birds will come, and they’ll be thanking you for setting  up the conditions that they can live and have their babies, and produce more abundance.”

As biodiversity increases, the landscape supports more life. Paicines Ranch, near Hollister California, is working to regenerate ecosystems on their 7000 acres while producing healthy food. Claudio Nuñez, of Paicines is noticing how nature is responding. “We’ve probably had a tripling of bobcats in the last two years. We’ve seen a fair number of eagles showing up, we used to see one once a week or so, now I’m seeing them two or three times a week. If given the opportunity, nature is very resilient. Watching how it responds is a fantastic feeling.”

The key to holistic management and regenerative agriculture is healthy soil. Poor farming and ranching practices that dominate conventional agriculture, like plowing, leaving soil bare, overgrazing, chemical use, lack of cover crops, etc. are destroying the beneficial soil microorganisms that are the key to nutrient cycling. Today most conventionally farmed soils lack key nutrients that are essential for optimum plant and human health.

Holistic ranchers manage land to increase soil organic matter, 50 % of which is made up of carbon. Carbon supports life in the soil and increases the soil’s capacity to hold water making it more resilient to drought and erosion. Carbon rich soil allows rain and irrigation water to infiltrate rather than run off and erode precious topsoil. For every 1% increase in organic matter an additional 20,000 gallons of water per acre can be stored in the soil.

One of the ranches that Markegard Family Grass-fed manages is the Jenner Headlands Preserve on the Sonoma Coast. “When we got there,” Doniga said, “it had been ranched conventionally. By using planned grazing, bunching the animals up and mimicking what nature would have done with the large herds of elk and pronghorn being moved by wolves, we were able to see an increase in perennial bunch grasses, an increase in diversity, an increase in water stored in the soil which means an increase in carbon.

“How is this done? The ultimate biological farming unit, whether you like them or not, whether you eat them or not, they are amazing. Cattle can help us with the next phase of healing the planet, as long as they are managed well and taken out of the feedlots and allowed to live a life that they are designed to live. They are ruminants. They mow the grass by eating it. They have incredible horse power. They have a carbon converter fermentation vat. They’re mulching. They’re fertilizing out the back end, and they’ve got all these great microbes in their gut that are directly linked to the microbes in the soil.

“Always plan for the health of your animals. They need a larger area to graze so that they can have a diversity of nutrients from different plants. The pastures have a longer time to recover because you are moving the animals from one area to another. You match your moves with how rapidly the forage is growing. When the forage is growing fast, you want to move your animals faster so that you can feed when the grass is sweet just before it matures.

“Grazers have a symbiotic relationship with the species of the grasslands. The animals create an impact on the land as they move around that encourages green plant growth. As regenerative agriculturists, we’re farming light. We’re maximizing the leaf surface of green growing plants to capture more carbon out of the atmosphere. That carbon is what feeds the plants. The green plants have the protein that the cattle need.”

Cattle have been identified as significant climate change contributors because they emit methane when burping and farting. Methane is roughly 30-80 times more potent a greenhouse gas than carbon. The vast majority of livestock are raised in systems that damage the climate. Concentrated Animal Feeding Operations (CAFOs) confine thousands of animals inhumanely to a small industrial space. CAFO animals are fed grains, which are hard for ruminants to digest and cause them to produce even more methane emissions. The enormous amount of waste that CAFOs produce is typically stored in anaerobic manure lagoons that emit carbon, methane, ammonia and other toxic gases. Conventional grazing operations often result in overgrazing and a degradation of the ecosystem’s ability to store carbon and regenerate.

Richard Teague found that when cows grazed in adaptive multi-paddock systems, like holistic management systems, grasses grow with a higher nutritional quality and can be digested more quickly which lowers the amount of methane emitted. Under proper management, according to Teague, much more carbon is sequestered in the soil than is emitted by the cows resulting in a net climate mitigation. As it turns out the consumption of meat, now justifiably accepted as a climate change culprit, can actually be part of a climate change solution if the animals are raised in a system that uses nature as a model allowing animals to enjoy their natural life habits, which will increase biodiversity and sequester atmospheric carbon in the soil.