In Case of Emergency, Break Class 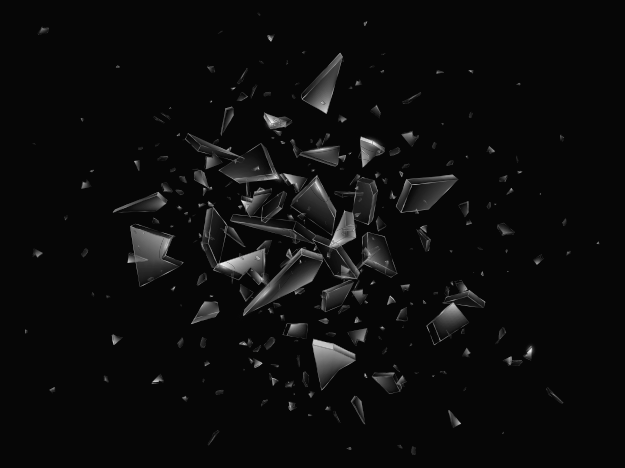 There’s a supreme poetic justice in a virus hacking runaway capitalism. It’s a stress test that’s monkeywrenching a civilization on a collision course with nature and the human experiment. The natural truth of biological interdependence disrupts a fantasyland spun from delusions of hyper-individualism, separation from nature, and the hungry ghost of insatiable greed.

The only way to solve a pandemic is through massive cooperation. As a society and civilization, we’re being forced to change our pronoun from “me, me, me” to “we.”

The contagion is apocalyptic in the original meaning of the Greek word: “A revelation, an unveiling or unfolding of things not previously known and which could not be known apart from the unveiling.”

It’s unveiling many things. Although they’re not entirely previously unknown, they’re making the invisible visible for all to see.

It’s revealing how huge the “precariat” is – the masses of humanity who live on the precarious edge – one step ahead of freefall. It’s revealing the extraordinary kindness and compassion of most people. Frontline health workers and everyday people alike are stepping up with mutual aid networks, a gift economy, and an expanded circle of concern for the most vulnerable – which this time around is most of us.

It’s unveiling the essence of Ecological Medicine: Our human health is dependent on the health and integrity of our ecosystems. In this case, a zoonotic disease that blew up in horrific wildlife markets in China likely originated from horseshoe bats whose habitats have been disturbed as well as being sold as food in markets, and possibly through another intermediary species that’s widely trafficked. The contagion radiated from a misconceived food system and voracious market economy. Like previous epidemics such as Ebola, it’s tied to the relentless human incursion into wildlife habitats that has caused interspecies contact where it had largely not occurred before. In nature, it’s all connected, but not all of it is directly connected. Nature is built on boundaries and limits. Unfamiliarity breeds contempt.

It’s revealing Ecological Medicine’s First Principle, The Precautionary Principle: “better safe than sorry” – “an ounce of prevention is worth a pound of cure” – “a stitch in time saves nine.” The byword is foresight. We know that $1 spent on disaster prevention saves $7 in later damages. Instead, a regime driven by short-term profit and future blindness disregarded and dissembled what scant public health resources and national security measures the federal government had managed to scrape together against the inevitability of pandemics.

It’s unmasking the terminal logic of a for-profit health care system, which is more accurately a disease treatment cartel. Tying Wall Street profits to human health is a prescription for failure. Corporate science is market science. At least one startup company two years ago was working to develop an analog Corona-related vaccine but stalled because it wasn’t sufficiently profitable for drug companies to invest or produce. No sale. So much for the “we.”

It’s unveiling the idiocracy piloting a misbegotten system that exalts the economy over the wellbeing of people and the natural systems on which all life depends. As Hazel Henderson quipped, contemporary economics is “a form of brain damage.” As the late senator Gaylord Nelson, principal founder of Earth Day, observed, “The economy is a wholly owned subsidiary of the environment.”

Real wealth creation is based on replenishing natural systems and restoring the built environment, especially our infrastructure and cities. It’s based on investing in our communities and workforce. It’s been shown to work best when they’re done all at once.

It’s unveiling the end of the growth economy. As the revered historian J.R. McNeill wrote:

“Like an exotic intruder invading disturbed ecosystems, the growth fetish colonized ideological fields around the world after the dislocations of the Depression: It was the equivalent of the European rabbit. After the Depression, economic rationality trumped all other concerns except security. Those who promised to deliver the Holy Grail became high priests. One American economist in 1984 cheerfully forecast five billion years of economic growth—only the extinction of the sun could cloud the horizon.”

It’s revealing the terminal psychosis of the techno-consumerist mania that’s cannibalizing people and planet. In this case, the upside of the downside is that fossil fuel consumption, pollution and carbon emissions have fallen off a cliff. Fleets of swans revel in the Grand Canal of Venice where the water is more clear than at any time in memory. Blue skies are visible over Beijing. It’s as if the world stopped smoking for a moment, a reminder of how quickly and powerfully nature regenerates, how temporal our human impact is. It’s a glimmer of what a restored world could look like when we change our way of living. Yes, when.

It’s revealing the fiscal truth of the fossil fuel industry, whose business model was already heading for the last roundup. It has been setting the table for exactly this moment. The fury of deregulation, subsidies and tax cuts were just the foreplay for the inevitable super-size bailout they’re angling for. Get ready for the full-on corporatization of catastrophe while doubling down on the catastrophic practices that got us here. It’s a business model that’s a suicide bomb.

It’s unveiling the extreme structural inequality that was already at the breaking point. Forty percent of Americans do not have $400 for an emergency. Most people live paycheck to paycheck, one step ahead of eviction, bankruptcy or homelessness. When Jared Diamond examined the demise of the Mayan civilization in Mexico, he teased out the final thread from the unraveled tapestry: political leadership. “Their attention was evidently focused on the short-term concerns of enriching themselves, waging wars, erecting monuments, competing with one another, and extracting enough food from the peasants to support all these activities.” Sound familiar?

It’s unveiling the crowning psychopathic miasma of Naomi Klein’s “disaster capitalism” and its Shock Doctrine: Never let a crisis go to waste. Shock and Awe meets the Art of the Deal. When a sudden shock convulses society, exploit it to accumulate ever more wealth and power by forcing the most radical measures that would never otherwise fly. The line forms to the far right.

It’s unfolding an extinction-level event of small and medium-size businesses, with cascading dis-employment likely exceeding the Great Depression. Corona capitalism just engineered the biggest heist in history: a hostile takeover amounting to between $4 to $10 trillion, with corporate concierge service from the Fed. For everyone else, it’s busy signals and crashed web sites, endless dysfunctional bureaucratic hoops and life-threatening delays. When it’s finally safe to go out again, we will find a very different world: Giants and dwarves, Lords and serfs.

Paradoxically, terminal capitalism has become a retrograde Ouroboros – the serpent that eats its tail. In its senescence, it’s rebirthing feudalism for the post-modern – gangsters and warlords – tribal chieftains and drunken baby gods. They have their cake and want to eat yours too.

But make no mistake. Above all what it’s unveiling is a preview of what climate chaos is going to unleash – an extended extinction event in slo-mo that will dwarf Corona. A homeless planet.

It’s mainly the swelling social movements of the past decades that have valiantly held the line against the doom machine. Large majorities of Americans want the same basic things. We are the majority, and we need to start acting like it. A new system is ready to be born, and it’s going to be a hard labor. Although it’s not going to happen overnight, there’s much that can happen quickly, especially at regional, state and municipal scales. As the empire strikes out, we may start seeing rolling insurrections at the sub-national level as communities, cities, states and regions forge horizontal alliances from the bottom up.

Initiatives that may have seemed radical not so long ago such as Medicare For All, the Green New Deal, Rights of Nature legal frameworks, and revoking corporate constitutional rights now start to look like a big “duh.” Using a “solve-the-whole problem” approach, they unite ecology and economy, equity and democracy around values founded in the “we.” That “we” now has to encompass the natural world, including viruses.

As Heather McGhee sums it up: “We need a ‘we’ to survive.” The critical human transformation is from tribalism to pluralism, from anthropocentrism to kinship with the web of life. It’s a world that moves from othering to belonging, in john a. powell’s words. The Mayan people call it “a world where many worlds fit.”

In case of emergency, break class.

In the year 2000, the UN invited the people of the world to share their views of what is wrong in the world. From across the globe, stories of woe poured in. The people at the UN realized they needed a way to organize this flash flood of tears.

The devised four categories. “Culture” ranged from loss of languages to uprooted refugees. “Political” spanned loss of freedom and abuses of power. “Economic” included poverty, joblessness and the chasm between have-nots and have-a-lots. “Environment” covered climate change, water shortages and the grievous litany of environmental harms.

Then the UN group decided to keep on distilling the stories to pure essence: one word. Cultural problems boiled down to “rootless.” Political problems to “powerless.” Economic problems to “ruthless.” And environmental problems to “futureless.”

Finally, they crystallized these four bleak words into just one word that encompassed all the woes of the world: “meaningless.”

They then turned the podium over to Michael Meade. “Actually,” he recalls, “the UN people apologized to me and they said we’re sorry we’re handing you the stage when we just convinced everybody the whole world is meaningless. And I said, ‘Well, don’t apologize. I’m a mythologist and I happen to know one essential thing, which is that myth makes meaning.’ When the culture collapses, when the things that everybody believed in turn out to be hollow, what’s left are the regular folk. The folk are the people of the Earth, the people that kept close to the Earth. They survived the collapses and they continue to tell the stories. There are collections in all cultures of the stories of survival. I call them ‘re-creation’ stories.”

We’re living the re-creation story. May it be so.