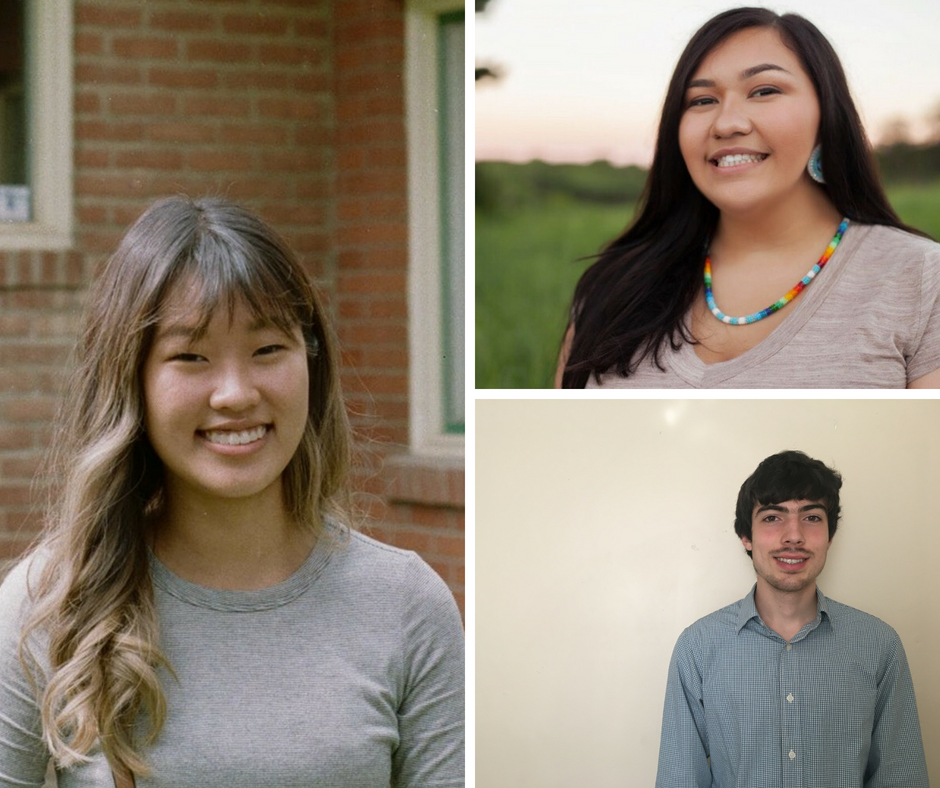 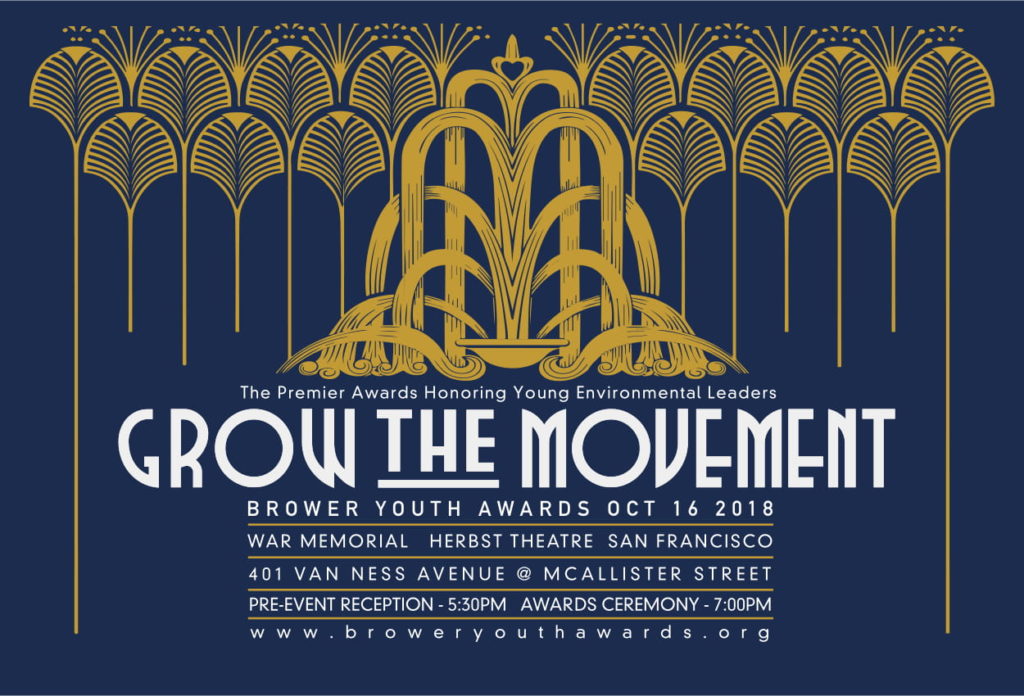 Every year, Earth Island Institute’s New Leaders Initiative selects six young people from North America for their outstanding work in activism, campaigns, organizing and leadership in the environmental movement. They are awarded the Brower Youth Award, the premier environmental ceremony honoring young environmental activists in North America. Brower Youth Award winners demonstrate excellent leadership in the communities that they serve. Bioneers has been honored to feature numerous Brower Youth Award winners on our stage over the years. Without exception, these awardees have been inspiring and visionary, exemplifying the power and necessity of youth taking leadership roles. This year’s theme is “Grow the Movement,” focusing on the momentum of the youth-led campaigns that have made waves in 2018.

Below, a first look at this year’s winners.

Rose Whipple, 17
Speaking up against oil pipelines on Indigenous lands 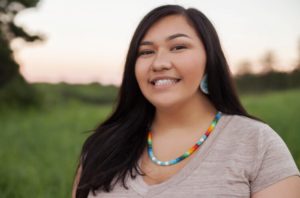 For Rose Whipple, the Line 3 pipeline project represents a direct threat to the land of her ancestors. The project — which would expand pipeline company Enbridge’s existing Line 3 pipeline allowing it to carry twice as much crude oil from Canada’s tar sands mines to Lake Superior’s western tip near the Minnesota-Wisconsin border — will transect Indigenous territories and threaten the way of life of the Anishinaabe and Dakota people.As an Indigenous organizer from the Isanti Dakota and Ho-Chunk Nations, Whipple has been speaking at high schools and colleges, as well as organizing local events to raise awareness of how the pipeline would harm the Great Lakes, rivers, treaty territories, and sacred Ojibwe sites, and fuel further climate change. The 17-year-old is also one of the 13 youth climate intervenors who were granted legal standing in the Line 3 permitting process in Minnesota, which allowed them to contest the project before the Minnesota Public Utility Commission. Despite fierce opposition, the commission approved the controversial project in June. Tribes and environmental groups filed three lawsuits in early August challenging the decision. Meanwhile, Enbridge has already commenced construction work on the pipeline in Canada. But Whipple is committed to keeping up her fight against project. “It is really important that I bring my voice into this since it is going into my territory,” she says. “I am determined, I follow through, and am in it for the long haul.”

Whipple’s activism also extends beyond opposing Line 3. She has been actively involved in other intersectional issues, including the fight against the Dakota Access Pipeline at Standing Rock and raising awareness about the epidemic of Missing and Murdered Indigenous women in North America. 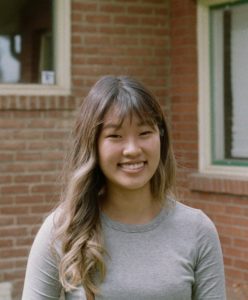 Tina Oh’s family immigrated to Canada from South Korea when she was just two years old and her environmentalism is shaped by being raised near one of the world’s largest, messiest oil-mining projects — the Alberta tar sands. Like many Albertans, Oh’s father worked in the tar sands industry until 2014 when oil prices tanked. Oh was a freshman at New Brunswick’s Mount Allison University (MTA) at the time, and as she watched her family, friends, neighbors, and peers lose their jobs, she understood clearly that true climate justice requires taking into account the impacts of the transition from fossil fuels on working class people. Through her work as a divestment organizer and youth delegate at the UN climate negotiations, the 21-year-old activist hopes to amplify stories and narratives of people on the frontlines who are demanding climate justice.

Oh has worked with DivestMTA, which is pressuring the university to withdraw its investments in fossil fuel companies, and Ottawa Climate 101, a youth-led protest on Parliament Hill that called on the Trudeau government to reject the Kinder Morgan Trans Mountain pipeline. (She was among 98 people arrested for participating in the non-violent protest in 2016.) She is also part of the coordination team of the Canadian Youth Delegation to the UN climate negotiations (COP 24) in Katowice, Poland. In 2017, Oh was named one of Canada’s Top 25 Environmentalists Under 25 for her activism and divestment work, and in April 2018, the Canadian Broadcasting Corporation named her one of “13 Canadian environmentalists and innovators changing Earth for the better.” Oh strongly believes “that youth voices on the topic of climate change will be essential to moving our communities towards a safe, habitable, and just world.” 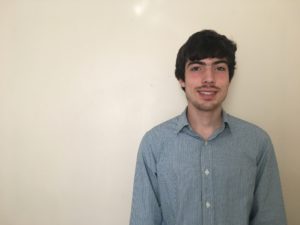 Stephen O’Hanlon began organizing five years ago after he went to West Virginia with a student group to see the impacts of mountaintop removal coal mining. During the trip, he heard stories from families similar to his who had watched their loved ones suffer and die because they grew up drinking polluted water or breathing toxic air. He had very recently lost his older sister, Tara, to cancer, and he could see how fossil fuel development threatens to put millions of working-class families through the same pain his family went through. So he made a decision to save as many people as possible from that pain.

O’Hanlon started by organizing at Swarthmore College in Pennsylvania, where for three years he led a fossil fuel divestment campaign that received widespread media attention. During summer breaks, he organized to stop fracked gas pipelines in Massachusetts, and to stop the expansion of an oil refinery in a working-class black community in Philadelphia. Last year, O’Hanlon co-founded Sunrise Movement, an organization that is mobilizing a grassroots army of young people across the country to be politically active and combat the corrupting influence of fossil fuel executives and lobbyists. The organization — which is bringing together direct action and issue-based campaigning with electoral politics — has already trained over 300 young people and is currently hosting, Sunrise Semester, a six-month long training for 75 young organizers who will help make climate change matter in the midterm elections. The plan is to have conversations with over 250,000 voters about climate change, push hundreds of candidates to sign the “No Fossil Fuel Money” pledge, and develop hundreds of young climate movement leaders.

“It won’t be easy,” says O’Hanlon, “but I do what I do because I believe in youth leadership and I believe that the youth climate movement, along with other movements, can change the balance of power in the halls of government.” 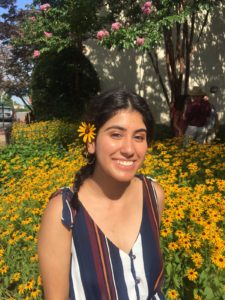 Ever since she was a little child, Mishka Banuri has felt a connection with the natural world, but it wasn’t until she started learning about the “problems humans were afflicting on it” that she realized how deep that connection was. And once she learned about how economically depressed communities and people of color tend to be affected disproportionately by climate change and other environmental hazards, she was determined to do something to address these inequities.

In 2016 when Banuri was in 10th grade, she lobbied for Utah to adopt a “Climate Resolution” written by high school students. The effort failed. Undeterred, she went on to help organize a People’s Climate March in Salt Lake City in 2016, and in 2017, along with two other students, Banuri launched Utah Youth Environmental Solutions — an organization designed to keep young people engaged with environmental issues, and inspire them. Earlier this year, her organization revived the push for the Utah Climate Resolution, hosting an event where students, legislators, and business people started a dialogue on the issue of climate change. After months of hard work, the resolution passed the legislature successfully in March, making it the first resolution of its kind in a traditionally conservative state.

Banuri, whose negative experiences in Utah as a Muslim, woman of color has been one of the driving factors of her work towards justice, believes in the intersectionality of movements. She is also an active advocate for reproductive justice, anti-Islamophobia, and gun control, and seeks to make room for conversations about climate change within these movements as well. “My drive for justice also comes from my religion,” says the 17-year-old. “In Islam, we are taught of peace and justice for communities … I fully believe that it is my duty to help others when I can because it is the right thing to do.” 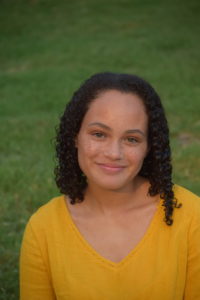 In 2015 the Green Team, a student-led, environmental awareness club at White Oak High School in Jacksonville, North Carolina, started a pollinator park, putting in hours of work to transform a junky, overgrown courtyard into a bee-friendly garden. Jade Sweeney, who was a club member, spent two years helping maintain the garden and learning about the many challenges facing our key pollinators, including colony collapse disorder, pesticides, and loss of habitat. In her final school year, Sweeney decided to take the pollinator park idea one step further by bringing bees on to the school campus. She founded The Pollinator Initiative and proposed the idea of constructing an apiary on campus to school officials. Once they agreed, Sweeney sought the advice of local apiarists on the project and raised the funds required for the Green Team to maintain a beehive and train 13 students to become certified beekeepers. The bees arrived on campus last April and have since been buzzing around school sipping nectar from the pollinator park’s pesticide-free flowers.

White Oak is the first school in North Carolina to have an on-campus apiary, but Sweeney, who will be starting her freshman year at University of North Carolina at Chapel Hill in the fall, wants to replicate her work at other schools in the area and across the East Coast by encouraging students, teachers, administrators, and school boards to see the benefits of apiaries on school campuses.

The 18-year-old envisions a world where the “environment doesn’t need protecting” and she believes education is the key to making that world possible. “For me, bees were the way to start,” she says. “They touch upon the issue, are easily identifiable, and most people can easily help by starting a garden or not squashing [a bee] when it flies by.” 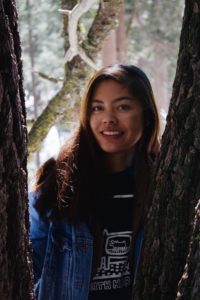 Valeree Catangay grew up in North Long Beach, California, a predominantly working-class neighborhood in the greater Los Angeles metropolitan area surrounded by some of the busiest freeways in the country that are used to move goods to and from the Los Angeles and Long Beach ports. The area suffers some of the worst air pollution in the United States due to diesel exhaust from ships, trains, and trucks, and some of the poorest water quality due to urban runoff.

Catangay has witnessed first-hand how this kind of pollution impacts the health and wellbeing of communities. The emerging visual artist and environmental science student decided to advocate for environmental justice when she learned that many other working-class communities of color face similar or worse issues. As a Filipino-American woman of color, “my ambitions in the environmental field both shape and are shaped by my identity,” she says.

Catangay started with her college, the University of California at Los Angeles. As a UC Carbon Neutrality Initiative Fellow, she had used visual communications to engage students in the UC system-wide goal of net zero greenhouse gas emissions by 2025, an experience that gave her the leadership training she needed to get started. Earlier this year, she co-founded the Environmentalists of Color Collective at UCLA, an organization that prioritizes the voices of black, indigenous, and people of color environmentalists and aims to bring industry professionals, artists, students, faculty, and other community members together to find sustainable solutions for our future. One of the collective’s first initiatives was a Climate Justice Forum for the UCLA community and general public. This was followed by the release of mini-documentary highlighting unheard stories of sustainability and the concept of environmental racism. Ultimately, the 21-year-old wants to serve as a liaison between pollution and climate-affected communities and the corporate world.