john a. powell Honored for Work on Racial Wealth Gap 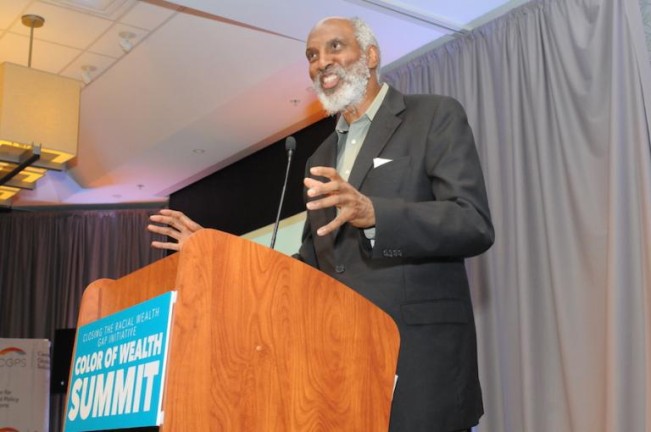 Much has been made in the media about U.S. income inequality and the widening gap between rich and poor. But often missed is that there are two troubling gaps.

john spoke on a panel during the event which featured many members of Congress and community leaders working on wealth inequality.

powell was also one of four 2015 recipients of the Asset Builders Champion (ABC) award given at the Summit. The award honors those who have helped make national progress toward addressing racial wealth disparities.

Conversations about race, equity and inclusivity have long been a part of the Bioneers conference. We're honored that john has brought his voice to these conversations as a past keynote speaker and panelist.

Check out his 2014 keynote below, in which he offers incisive analysis on the evolution of public and private space, and visionary yet practical ideas for how we can build a truly inclusive, beloved community. And be sure to pass it along to others!

Want to hear more from john? Watch his previous Bioneers keynote talk on our YouTube channel and listen to this episode of our radio series featuring john and family justice advocate Grace Bauer.

We'd love to have your voice as part of conversations about race, justice, economy and more at the 2015 National Bioneers Conference this October. Take a look at the speakers and schedule and register to join us!