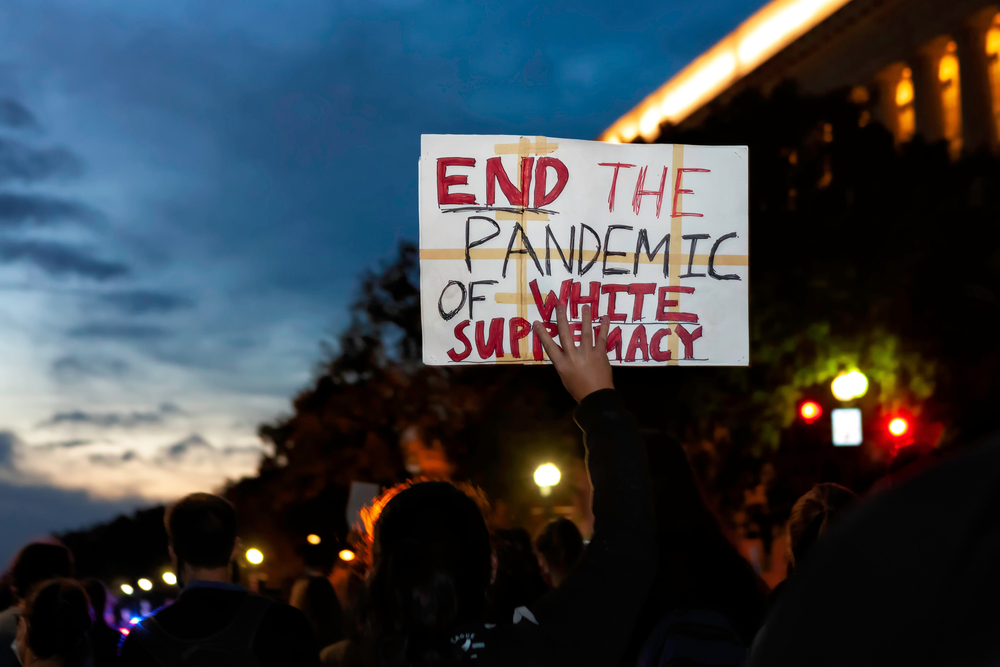 Although there is still a long way to go, representation for people of color and other marginalized communities in media and our government is an important leap toward dismantling systemic violence. However, as the US becomes more diverse, growing resentment among some White people is feeding a narrative that the White community stands to lose their entitlement to power and privilege. This anger is thriving in a surging White nationalist movement.

In his new book, Empire of Resentment: Populism’s Toxic Embrace of Nationalism, UC Berkeley scholar Lawrence Rosenthal takes us behind the headlines to the realm of human emotion to understand the resentment underpinning the growing White nationalist movement. In these three excerpts, Rosenthal explores the anger and resentment that has coalesced among members of the White community who feel deprived of their birthright.

Lawrence Rosenthal is the Founder and Director of the UC Berkeley Center for Right-Wing Studies, a research unit founded in 2009 and dedicated to studying right-wing movements in the 20th and 21st centuries.

Copyright © 2020 by Lawrence Rosenthal. This excerpt originally appeared in “Empire of Resentment: Populism’s Toxic Embrace of Nationalism,” published by The New Press and reprinted here with permission.

At the international level, too, the current synthesis of ideological nationalism and anti-immigrant populism of which Trumpism is a part differs from twentieth-century fascism. Unlike Communism which developed a Communist International, and unlike Socialism which developed a Socialist International, there was never a viable Fascist International. There are several reasons for this, but one reason, given the nature of identity formation, stands out from the others. Nationalism based purely on the nation-state breeds identities that necessarily come into conflict with similarly defined nationalisms. This is especially true when those nationalisms are bellicose and assert the superiority of one’s own nation….

The shared Other of the Nationalist International are immigrants and refugees. Almost always dark skinned. Often of different religions. And largely hailing from places like the Middle East and Africa. The USA has an othering specialization in refugees and immigrants from Latin America. The Nationalist International’s political opposition are the “politically correct” multiculturalists and feminists, whom the nationalists often call Cultural Marxists, or the global liberal elite, or simply the globalists, whose power and international organizations—like the European Union—are in the nationalists’ crosshairs.

The shared identity of the Nationalist International, what its various branches see themselves standing for, goes by many names. Sometimes they are the defenders of Western civilization. Or of Western culture. Or European civilization. One American alt-right group called itself Identity Europa. In Europe, as well as in the United States, some simply call themselves Identitarians. Or Generation Identity.

In the same vein, branches of the Nationalist International see themselves as the defenders of Christian civilization. Or the defenders of traditional values. These are the movements that breed a special animus for gays and feminists. In Poland, the ruling party, Law and Justice, grounds its populist nationalism in its Catholic culture. At its party’s convention in March 2019, the party’s leader, Jarosław Kaczyński, declared war on the “gay threat.”

At the top of this food chain is Putin’s Russia. More than any other populist leader in Europe, Putin is operating with a geopolitical strategy in mind. He loosely follows the theories of his “brain,” the eccentric political philosopher Alexander Dugin, who is something of a cross between Steve Bannon and Rasputin…

The Road to the Tiki Torches

One acute observer of this​​ propensity was Steve Bannon. According to Joshua Green:

Back in 2007, when he’d taken over Internet Gaming Entertainment, the Hong Kong company that systemized gold farming in World of Warcraft and other massively multiplayer online games, Bannon had become fascinated by the size and agency of the audiences . . .

It was an observation that would stay with Bannon through his Breitbart days and into the Trump campaign. In 2016, “He wanted to attract the online legions of mostly young men he’d run up against several years earlier, believing that internet masses could be harnessed to strike a political revolution.” He would find a way to leverage the subculture into the alt-lite.

The prequel to the transformation of the alienated into the alt-lite was Gamergate. With Gamergate the subculture morphed, turning into the kind of identity group that has come to the fore with the right-wing populism of the Tea Party and Trump eras. Unlike identity groups like women or gays, which organized on the basis of deprivation (of justice, equality, etc.), this was an identity group organized on the more acid basis of dispossession, of the feeling of having had something taken away. Identity followed from the furious sense of what was taken away. Unlike the alt-right, whose identity was based on whiteness, for this subculture the identity was based on maleness. For the alt-right the Other were immigrants and people of color. For the alienated young men, the Other was women. This is the identity, and the Other, that would follow them into becoming the alt-lite.

The Gamergate spark was a boyfriend spurned. The ex-girlfriend was a game developer who came out with a game called Depression Quest that dealt with the psychological condition of depression. This aroused displeasure in the subculture; gaming was supposed to be about simulated violence and Depression Quest seemed to introduce a strain of political correctness into a hostile environment. Gamergate broke when the ex-boyfriend reacted to a gaming reporter’s mention of Depression Quest and this reporter subsequently became the developer’s new boyfriend. The incensed ex published a 9,500-word screed about their breakup; his inclusion of her emails, texts, and other communications foreshadowed the tsunami of trolling and doxxing that made Gamergate infamous and frightening. Above all, the ex accused her of sleeping with the reporter to obtain a good review of the game. The scale and the viciousness of Gamergate was astonishing. Not merely the developer, but female journalists who covered the case, were subject not only to months of trolling and doxxing, but to rape and death threats. Beyond simply having to alter or abandon their online identities, in some cases these women, whose addresses were made public, were forced out of their homes.

For Steve Bannon, Gamergate was a confirmation of his ideas about the political potential of alienated young men. Gamergate could be a gateway drug to political mobilization.

At its heart, paleoconservative and anti-immigrant nationalism dissented from the liberal point of view in seeing the underpinning of democracy as traditional, rather than as propositional. It was not the words that were contained in America’s founding documents that defined the nature of American democracy; but it was the culture, religion, and ethnicity of the authors of those words that formed the enduring and immutable basis of that democracy. Propositional national feeling in this view is spiritually unsatisfying and leaves the body politic vulnerable to political correctness. Trumpism represents a radicalization of this point of view: It suggests not merely that liberalism has misunderstood and distorted the essential premise of the American nation, but that in its globalist hegemony since 1945, encompassing both Democratic and orthodox Republican thinking and policy—and in particular with its current multiculturalism, gay and feminist political correctness, and, above all, its openness to immigration—liberalism has brought the country to the point of an existential crisis.