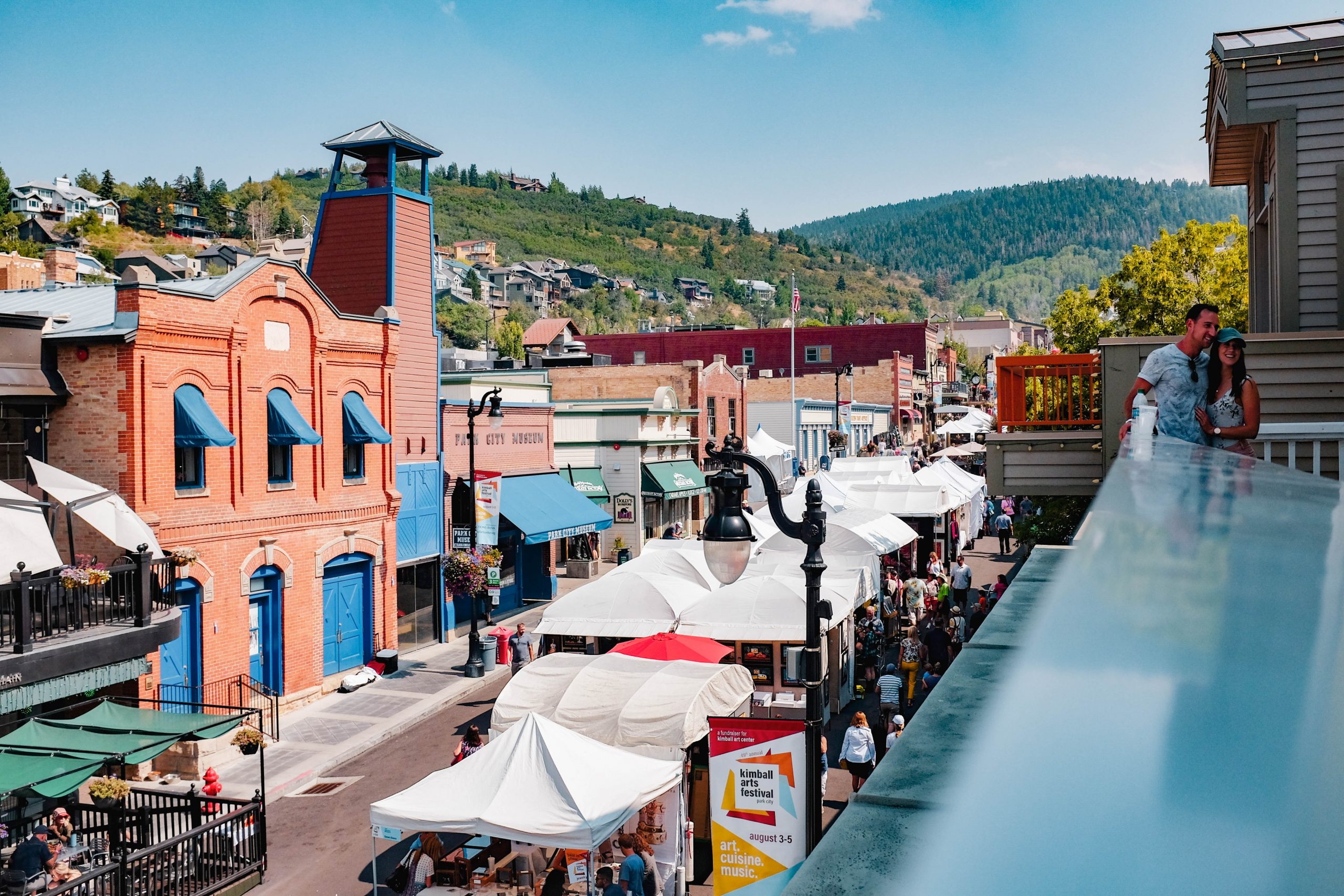 By Will Flagle, Senior Research Associate at Democracy Collaborative

The recent election has brought renewed attention to the undemocratic nature of institutions like the Senate and the Electoral College. Yet the lack of democratic accountability within our day-to-day institutions—like our workplaces—has gone unremarked.

Today, many have lost faith in the ability of citizens to wield collective power. But this perspective overlooks important context. Without the opportunity to exercise power in our daily lives, our civic capacities are weakened and left untapped. At a time when support for democracy is declining in the United States, undemocratic institutions can instill a passive and fatalistic outlook that erodes democratic sentiments and leaves us open to manipulation by demagogues. But this needn’t be the case.

Practicing democracy is like exercising a muscle: the more one does it, the easier it gets. People who vote in one election, for example, are more likely to vote in the next one. Expanding arenas for practicing democracy can help individuals strengthen their democratic capacities.

Workplace democracy, participatory budgeting, cohousing, and “minipublics” like Oregon’s Citizens’ Initiative Review program provide individuals with the opportunity to experience shared power or deliberate together over matters of collective importance. Research shows that practicing democracy can build a sense of political agency and boost political participation.

Daily life for many is deeply undemocratic. “Democratic institutions have been mere ornaments in the social life of the advanced capitalist nations,” observe the economists Samuel Bowles and Herbert Gintis, “proudly displayed to visitors, and admired by all, but used sparingly. The places where things really get done—in such core institutions as families, armies, factories, and offices—have been anything but democratic.” Such an environment undermines our democratic potential and makes apathy a rational response. Why develop civic capacities—why inform oneself about political issues or learn how to engage in productive dialogue across difference—when one’s day to day experience communicates one simple message: your voice doesn’t matter? Without a say in the institutions that structure their lives, many feel powerless.

Yet a sense of one’s own ability to effect political change is crucial for democratic participation. Fatalistic individuals—those who feel they cannot make a difference—have lower support for democracy and research has found holding fatalistic beliefs to be predictive of support for authoritarianism. An environment where many feel disenfranchised, therefore, is ripe for demagogic manipulation. Passive spectatorship can turn into anger and resentment paired with a willingness to defer to the whims of a “strong” leader who won’t bother with democratic niceties. But such outcomes are not inevitable.

Getting a regular democratic workout

Within the economic sphere, worker cooperatives give employees the opportunity to learn democracy by actually practicing it. Employees own and control such firms on the basis of one person, one vote—they elect their board of directors and, in some cases, participate in more direct, day-to-day decisions. Research from Japan, the U.S., and Poland has found that democratic attitudes, values, and capacities can spill over beyond the workplace. Another study, based on survey responses by 14,000 workers in 27 countries, found that increased workplace voice is associated with a greater likelihood of voting, participating in political groups, petitioning, demonstrating, or boycotting. The study suggests that going from a workplace where employees have no say in how their firm is run to one where they have full control increases the probably of voting by more than 4 percentage points—a difference that is comparable to the impact of the most effective get out the vote tactics. Research shows that increased workplace democracy is also associated with a stronger sense of political agency, interest in politics, and support for democracy.

Cohousing also provide a space for honing civic habits. Within cohousing arrangements, families and individuals maintain their own private homes, yet are part of a broader community with shared spaces, activities, resources, and responsibilities. Members plan, deliberate, and decide on their collective existence. Research suggests that cohousing members can increase their civic skills and sense of agency, promoting political participation. Specifically, Berggren found an association between participating in cohousing activities (like meetings) and increased regularity in writing to congress, contributing to political campaigns, and campaigning door-to-door.

“Minipublics” like Oregon’s Citizens’ Initiative Review (CIR) provide another possible arena to cultivate democratic capacities. The Oregon CIR selects a demographically balanced, random sample of voters to discuss a state ballot measure, interface with experts, and then write up a short statement sent to every voter to help guide their decisions. Evidence suggests that deliberative spaces like those in the CIR can increase a sense of political efficacy and democratic participation. In a 2015 study of the Oregon’s Citizens’ Initiative Review, participants reported an increased understanding of political issues and sense of political efficacy. They were also more likely to volunteer in their community and discuss issues with other community members.

Deliberation appears to support other democratic skills and mindsets as well. Research has found that in the right environment everyday people have the capacity to engage in well-reasoned decision-making and find common ground across cultural differences. A participatory budgeting campaign in Mongolia that utilized deliberation among randomly selected residents found that—after deliberating—participants had more respect for those with whom they disagreed and exhibited a greater willingness to compromise.

Such “minipublics” —where randomly selected residents can deliberate on issues—have been implemented widely, including in California, Texas, Canada, the UK, and Germany. While many are only consultative bodies that do not make policy, they can still have significant political impacts. A citizen’s assembly in Ireland, for example, played a role in helping resolve their country’s longstanding impasse over abortion.

There are also opportunities to give minipublics more political power or influence. Some have proposed bicameral legislatures, with one house composed of elected representatives and the other a “sortition assembly” occupied by randomly drawn citizens. Others have suggested giving minipublics the ability to set the political agenda by putting proposals on the ballot for voters to decide.

Democracy as a way of life

The examples of workplace democracy, participatory budgeting, cohousing, and minipublics are not exhaustive of the possible spaces for individuals to flex their democratic muscles. The philosopher John Dewey saw democracy as a “personal way of individual life,” borne of the habits, attitudes, and character traits cultivated—or corrupted—by  “all the relations of life” including those within families, firms, schools, and religious institutions. In 1937, Dewey cautioned that:

Wherever [democracy] has fallen it was too exclusively political in nature. It had not become part of the bone and blood of the people in [the] daily conduct of its life. Democratic forms were limited to Parliament, elections and combats between parties. … unless democratic habits of thought and action are part of the fiber of a people, political democracy is insecure. It can not stand in isolation. It must be buttressed by the presence of democratic methods in all social relationships.

As we have seen, there are many ways to invigorate our democratic marrow and inoculate our body politic against authoritarian or technocratic infection.

Expanding democratic venues has one benefit not yet mentioned: freedom. Why do we limit self-rule to the political sphere and not the economic sphere or other areas of social existence? At the heart of democracy is the idea that liberty requires collective self-governance. Whether power is wielded by a corporation or a state, those affected deserve democratic accountability. If that is the case, if people should ideally have a say in the institutional decisions that effect their important interests, then the reach of democracy is unjustly constrained at present. Providing people with the opportunity to practice democracy in the workplace, the domestic sphere, the municipal budget, and empowered minipublics advances liberty when it gives people more control over their lives. And it just might increase their sense of personal agency, their level of civic participation, and their faith in democracy at the same time. Our body politic is sick. As John Dewey once wrote, “the cure for the ailments of democracy is more democracy”—just not more of the same.