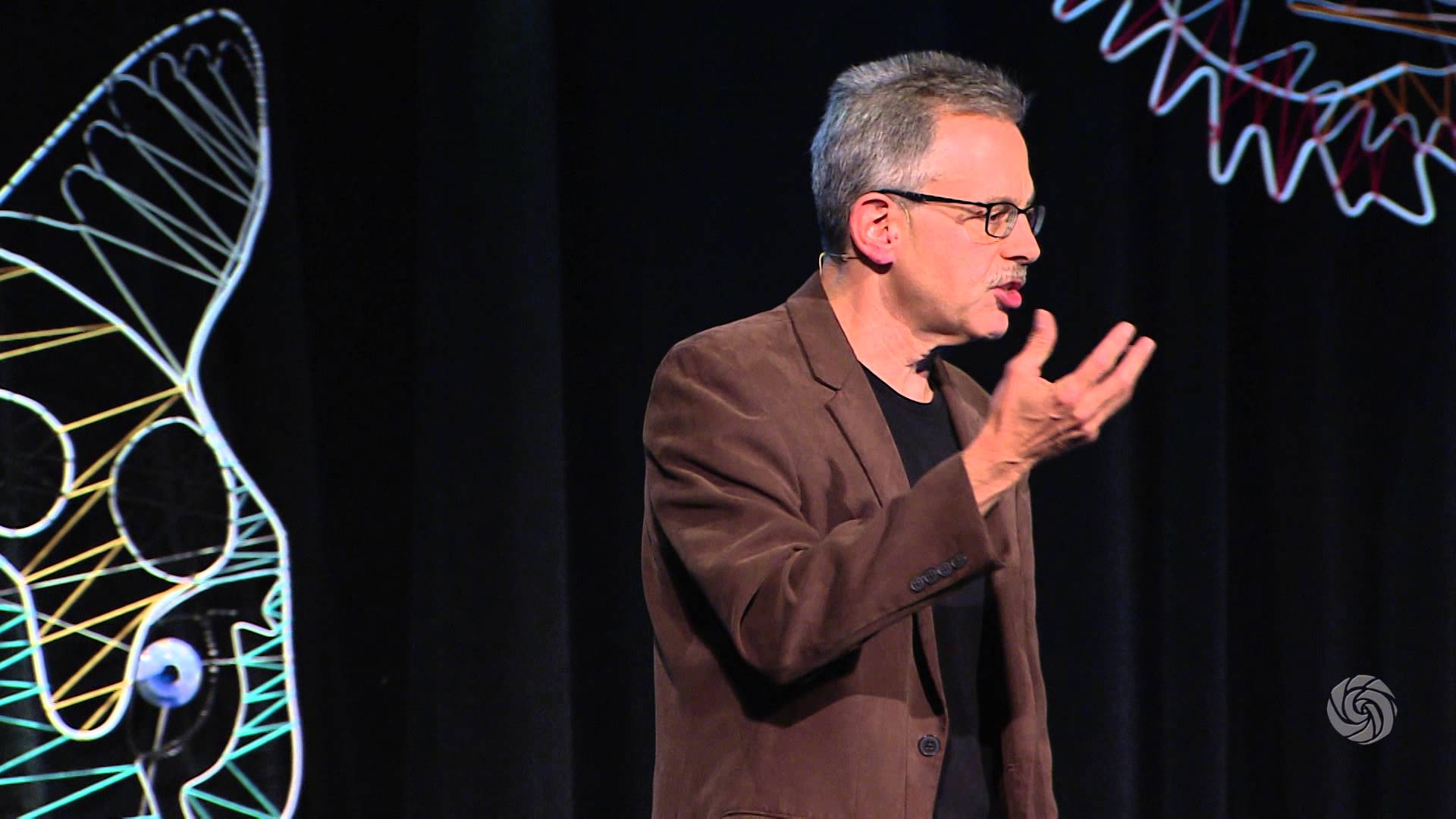 In today’s America, what does it take to build a successful social movement? Manuel Pastor, professor of Sociology and American Studies & Ethnicity at the University of Southern California, outlined 10 elements of movement building for today’s leaders—and potential leaders—at Bioneers 2014. Pastor spoke in a pre-President Trump era, but in our modern U.S. political and economic climate, his message is more important and applicable than ever.

Check out Manuel Pastor’s Bioneers keynote and excerpted transcript below.

America is changing, and it’s now projected that by the year 2042 or 2043, the United States will be a so-called majority minority, or as I like to think of it: an all-minority-all-the-time country. California crossed that threshold some time ago. And when people see that demographic change going on, they tend to think that what must be driving it is immigration. That’s certainly what drove it in the past. But that is no longer the case.

Immigration in the country has slowed down dramatically. In fact, net migration from Mexico over the last three years has been zero. What’s actually driving the change now is the change in the youth population. For the last 10 years, the number of young whites in the country fell by 4.3 million.

Now, that does not mean that 4.3 million young white people died. We would have noticed that. It would have been reported on Fox News. It would have been blamed on Obamacare. What it means is that more people are moving into ages 19 and 20 than are moving into ages 1 and 2. At the same time, the number of young African Americans fell slightly. Some of that’s re-identification into the multi-racial category. The number of young Latinos in the country grew by 4.8 million. The number of Asian Pacific Islanders by 800,000.

That’s the next America.

The next America is facing a significant crisis in terms of growing inequality. We’ve got a changing demography, and we’ve got growing inequality. We need to be able to address that issue. The way to address it is by combining projects, policy and power. The only thing that really moves public policy into being is power. And power, in fact, comes from social movements.

Social movements are sustained groupings that develop a frame, a narrative, a story about where we need to head in the future, and begin to build a broad base that helps to create long-term transformations in power.

For example, one dramatically important movement in the last couple of years has been the dreamers. Imagine that: a rag-tag group of young people, who “have no right to be in the country,” somehow standing up for their rights as human beings, and being able to force the president into deferred action for childhood adjustment, and essentially force the president into administrative relief. How did they do it?

They developed a story about them being dreamers and wanting to contribute to the United States. They rooted themselves deeply in the values that appeal to many different people. But they also had a strategy to shift the balance of power. They challenged not only Republicans in Congress but the president himself by threatening to occupy his campaign offices in 2012. That’s how change happens.

We’ve been researching this for years. We’ve been looking at how to make social movements; how to build alliances; how to measure movements; and then how to transform that into electoral power. And in doing that, we realized that we could come up with a bunch of research and literature, or we could borrow a page from David Letterman and come out with a Top Ten list.

So these are the top 10 elements that we think contribute to movement building.

On the fundamental side, movements are all about a vision and a frame. Van Jones, an early attendee at Bioneers, reminds us that Martin Luther King did not go to the steps of the Lincoln monument and declare, “I have an issue,” which too many of us do. Instead he declared, “I have a dream.”

Movements are about a dream, about a vision, about a narrative that’s deeply rooted in values, but helps to frame people’s understanding. Movements have to have an authentic base in key organizing and real constituencies that face challenges and issues. A lot of times, people will say they’ve got a movement, when really all they have is a Twitter handle. What we need to look for is movements that are actually engaging an authentic base and that are developing leaders at that base.

A third element of movements is a commitment to the long haul. You cannot change things in an episodic way. You have to really root yourselves in for a very long struggle, and that means having a perspective about the long haul.

The fourth thing that we think is really clear for movements to be able to be successful is they have to have an underlying theory of the economy. Now, I’m not just saying that because I’m an economist, although I’m sure that influences my thinking. Social movements are fundamentally about redistributing opportunities. They’re about creating a path for the undocumented. They’re about taking care of a next generation by protecting the planet now. They’re about redistributing resources. And unless we are able to also show that in the process of that redistribution everyone gets to be, at least in some sense, better off—the planet gets protected, immigration reform helps the economy—it becomes difficult to move things forward. So it’s important to have an underlying and viable economic model.

You need to have a theory of government and governance, and a real strategy about how to play an inside and outside game. Too often we’re simply outside protesting; we’re not inside working with the political folks who can help to make change. Will they make change all on their own? Of course not.

The sixth thing, and I say this not only because I’m a nerd, is that we need a scaffold of solid research. It is increasingly important to have research backing up what we’re talking about. One of the things that led the Living Wage campaigns to be so successful in the United States is that each one did a significant amount of research in the municipality first to show why a living wage would be good for low-income people, why it wouldn’t bust the budget of the local municipality, and why it wouldn’t cause unemployment. A similar thing is going on with the research being produced about the minimum wage and a number of other things. Research is incredibly important.

Number eight is that we need to recognize the need for scale to change things. We have big problems, and sometimes when people look at those big problems, they look at the smallest groups and they say, “Oh that group, it’s small; it must be very authentic.” It might just be small.

In Los Angeles, we’ve got big anchor organizations. These are big, sizable organizations that can actually move people, move dialogue, move policy. We need to figure out how to scale while retaining authenticity by staying in touch with the grassroots. That means that we need to scale organizationally.

Number nine, if we’re going to do that, we need to have a strategy for scaling up that is geographic in part. How many of you know that book about the right wing in Kansas called What’s the Matter With Kansas? The right wing made sure that there was something wrong in Kansas so they could infect the rest of the country. And it is from Kansas, for example, that all the anti-immigrant legislation has been spreading out through Kris Kobach, their secretary of state. The geography of change means taking root in some particular locations, building power in those locations, and then winding up and creating change. One important way in which people are doing that is by doing metropolitan work, trying to organize the Bay Area, trying to organize Los Angeles, trying to organize the Central Valley, and then trying to connect all those big metro areas into one strategy for scaling up, particularly in California.

The last thing, which I think is very important, and this is really what’s distinctive about movements, is their willingness to network with other organizations. My friend Anthony says that some organizations are about building empires and others are about building movements. Are you trying to build your own organization or are you trying to network in and build the ecosystem that can support change? If we want to have a river of change, we need to make sure that we’re flowing together; we need to make sure that what we’re trying to do is to support one another.

So, what does this mean moving ahead? I think it’s important to do a couple of different things. One is to make sure that as we gauge the success of movements, we measure what matters. Now, many of you know that Albert Einstein said some important things, and anything that sounds important and intelligent gets attributed to Albert Einstein. So I’m not sure he said this, but he should have: “Not everything that counts can be counted, and not everything that can be counted counts.” We too often focus on transactions, deals, the number of people we bring to a meeting, rather than transformations, how we’re developing leaders, how we’re developing empathy for one another, how we’re building movements that link together.

We need to understand that when we’re doing this movement work, it’s not simply about changing the world, but about changing ourselves at the same time. Changing yourself is not enough, though, right?

We need to link together, changing the world, and changing ourselves. Because what happens in the process of being part of a movement is that you develop a very different concept of who you are, empathy for others, your concern for the planet, and you begin to develop a different kind of leadership as well.