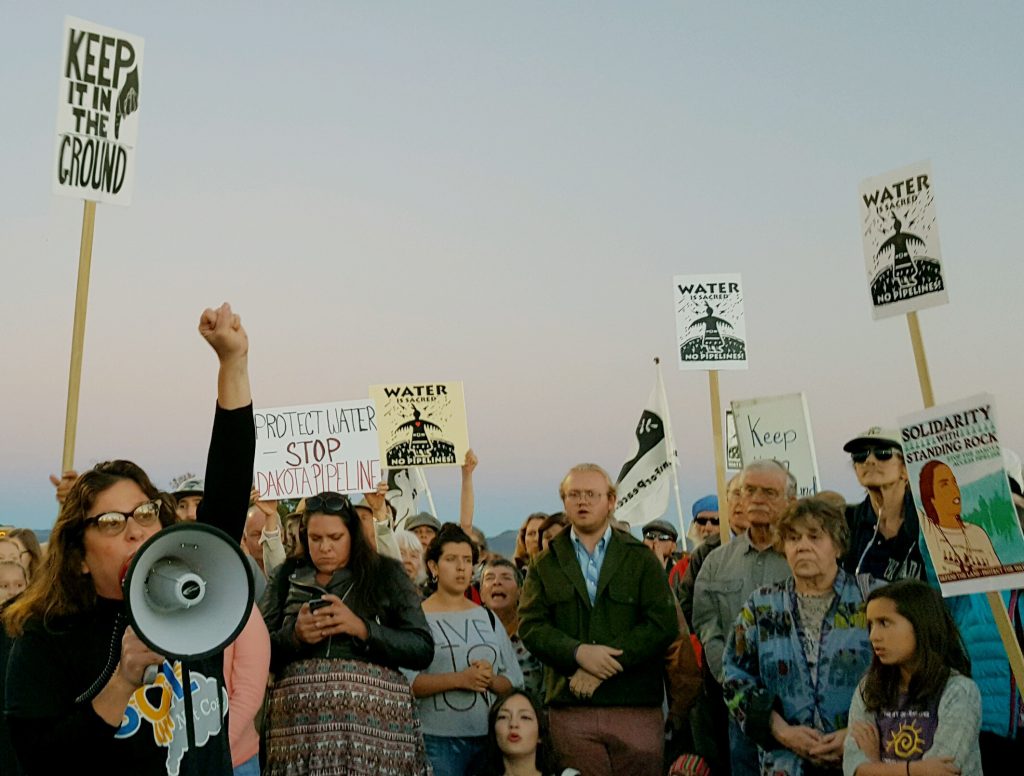 As we enter into the biggest civilizational shift ever attempted – the global transformation from fossil fuels to clean energy – it’s an epic power struggle in more ways than one. It’s an economic war, but at the same time it’s a clash of paradigms between the quest for a decentralized, economically distributed democratic economy versus a centralized, trickle-down, corporate monopoly.

One of our greatest Bioneers sheroes in these David-and-Goliath battles is lawyer-activist Mariel Nanasi, who will keynote at Bioneers 2017. She is unstoppable, she is brilliant, she is eloquent – and above all she is exceptionally effective here in the US Southwest where the clean energy battle is among the nation’s fiercest and with the highest stakes.

Interestingly, Mariel had a transformational experience at the Bioneers conference several years ago, which set her on her current path to build a green energy localized economy founded in public power and energy democracy. She has courageously taken on one of the nation’s worst corporate actors, PNM Resources, the local utility monopoly that has remained committed to fossil fuels, nukes, and endlessly rising rates that soak the public while enriching Wall Street and backwardly building yet more of yesterday’s climate-destroying energy system.

Mariel has worked for many years now to end the horrendous environmental crimes in the Four Corners region, disproportionately impacting Native American peoples. Their living cultures and communities suffer daily and have suffered for decades from the countless health harms from fossil fuel and uranium extraction and filthy, toxic power plants. Not to mention the extreme economic exploitation resulting from this model. Mariel works to change all that.

She has been the spark plug for the city of Santa Fe working to shift to a public power system and create its own renewables-based system and locally-based clean energy economy. Integral to her success has been her unwavering faith in community and her ability to forge genuine relationships.

Mariel works closely with the tribes, governments and, more recently, with a statewide network of cities, towns, and counties seeking to reclaim ownership of their power systems and shift to clean energy. She will share her expansive national view of this growing movement to reclaim community rights to determine our own clean energy future and create jobs, health and equity.

It’s a power struggle alright, and Mariel is one of our greatest warriors and visionaries.