What do the Rights of Nature have to do with Indigeneity? 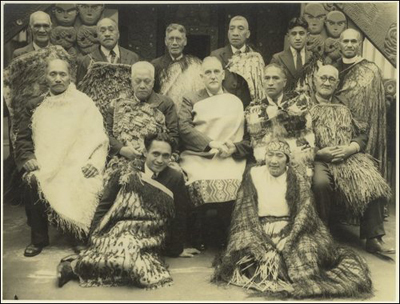 The idea that a feature of nature, like a river, is a living being might seem like a strange concept to some, but it is nothing new to Indigenous and other traditional peoples around the world. While the Western philosophical system is underpinned by the idea that man is separate from nature and in dominion over it, Indigenous philosophical systems tend to conceive of humans as a part of nature, often in a stewardship role to help maintain its balance.

The “Rights of Nature,” which codifies this Indigenous philosophy, has been in the news lately. On March 15, the the New Zealand parliament passed the Te Awa Tupua Bill, which granted the  Whanganui River the rights of legal personhood. Less than a week later, on March 20, the Ganges, and Yamuna Rivers in India were also granted legal personhood status. Should these rights be threatened by human activity, legal cases on behalf of these rivers can be brought before a court to uphold their rights.

Mari Margil, Associate Director of the Community Environmental Legal Defense Fund (CELDF) and head of the organization’s International Center for the Rights of Nature, explained,

Though the political and historical contexts underpinning each policy decision are different, all three rivers share these basic features in common:

— The local peoples have a deep spiritual connection with the rivers, and consider them as living entities.

— Since colonization, these rivers have been highly polluted by toxic chemicals released into them from farming and industry.

Because the Whanganui decision influenced the Ganges and Yamuna ruling, it’s important to understand the role that New Zealand’s Indigenous Maori people played in catalyzing the legal personhood status of rivers (the Whanganui directly, and Ganges and Yamana indirectly). In a brilliant turn of events, Maori claimants wielded the Western legal system, essentially formed to protect the property of the “have’s,” on its head to recognize the Rights of Nature.

By granting the Whanganui River the rights of legal personhood, the Te Awa Tupua Bill affirmed the Maori relationship with the river as a life force of its own, a spiritual place of cleansing and renewal that must be protected for the sake of its own existence. If this seems like a radical idea to pass through a national governing body, it is. The bill came on the heels of the 2016 Whanganui River Settlement between the Crown and the Whanganui Iwi [Maori tribe]. Marking the longest running legal case in New Zealand history, the case closed 148 years after Maori made a settlement claim for land surreptitiously alienated from them. As part of the settlement, the Whanganui River was granted full legal rights, $30 million was provided to restore its health, and $80 million in redress was granted to the Iwi.

The testimonies of countless Maori helped the court to understand that the river and the people are inexorably intertwined, that the process of colonization disrupted both the river and the people’s health, well-being and ability to survive. Because the river and nearby lands were wrested from Maori stewards in a less-than-legal manner (and we can’t go back in time), the settlement became a symbolic means to remediate for the irreparable damage done –the lives lost, systems disrupted, and cycles broken involving the river and all that depends upon it. To learn more, check out the trailer for the moving documentary film, Te Awa Tupua – Voices from the River (2014).

We are witnessing a shift in global consciousness

Indigenous peoples’ understanding of the Rights of Nature is a part of our worldviews, reflected in our languages, songs, art, traditional economies, and customary law. But you don’t have to belong to an Indigenous tribe or practice Hinduism to understand that nature has a right to exist.

Until we are able to shift mainstream perceptions of nature from something to be exploited to something to be protected for the benefit of generations to come, this strategy could at least buy us time to protect parts of the planet from immediate, and specific threats. Inspired by the the Ho-Chunk Nation, the first U.S. tribe to vote to amend their tribal constitution to include the Rights of Nature, the Bioneers Indigeneity Program is partnering with CELDF to share this groundbreaking legal strategy with tribal partners. We feel that with our deep knowledge of natural systems combined with sovereign legal status, Native American peoples are in a unique position to advance the Rights of Nature. Stay tuned for more updates from the Indigeneity team!