Rupa Marya: Decolonizing Medicine for Healthcare that Serves All 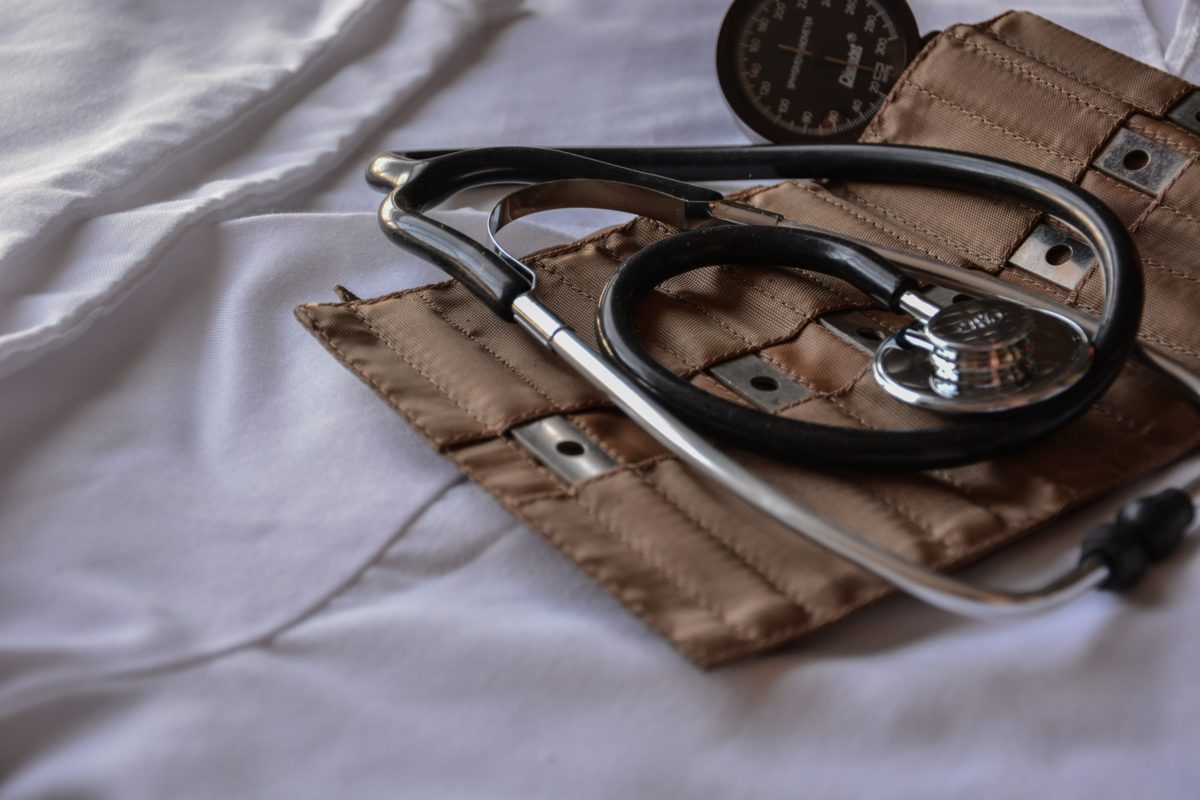 Rupa Marya, M.D., Associate Professor of Medicine at UCSF, Faculty Director of the Do No Harm Coalition and a leading figure at the intersection of medicine and social justice, investigates the health effects of police violence on communities through The Justice Study and is helping set up the Mni Wiconi free community clinic under Lakota leadership at Standing Rock. She is also the leader of the internationally touring band Rupa and the April Fishes.

Following is a transcript from Marya’s presentation at Bioneers 2017, where she discussed her work to understand how societal influences impact the health of communities and what medicine and medical practitioners can do to take those influences into account. 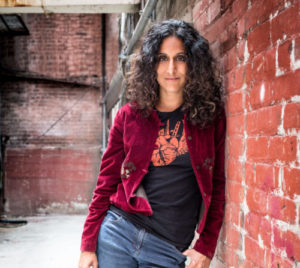 My work in hospital medicine, I believe, has exposed me to the frontlines of the diseases of our society. Disease is a great democratizer. Everyone gets sick. Everyone gets ill. And I’ve seen my position in the hospital as a very privileged space to be able to witness the leading edge of society’s problems, from how undocumented people are affected by pesticide application in the Central Valley and the diseases we see coming out of there, to people not seeking healthcare because they’re undocumented, to issues around racism and state violence.

So I started organizing with the Do No Harm coalition. I started organizing with a group of medical students when we were taking care of a group of five people who were protesting police violence in San Francisco: the “Frisco Five.” They went on hunger strike and sat out in front of the Mission Police Department protesting the killing of black and brown and mentally ill people in San Francisco by the San Francisco Police Department with no accountability, no transparency in the investigation, and basically no justice for the killings.

We started organizing around this idea that police violence is a public health issue, and that racism and state violence are public health issues. They not only affect the bodies of our patients and the people who are left behind, but also, when there is no accountability for this violence, it erodes the very civic fabric that we rely on: the trust between governance and individuals. As a society right now, we’re seeing so much distrust between different communities and the state institutions.

We’re working on articulating what happens when there are disparities in health because of race. How can we look at the issue not as an intrinsic quality to a person’s body? Being black doesn’t make you somehow biologically inferior with a worse life expectancy, higher rates of diabetes, higher rates of heart disease, and higher rates of infant mortality. The social structure around it is what is causing these dysfunctions. Race isn’t the issue that we need to look at, it’s the racism. It’s the social structures that are creating the underlying diseases and the disease differences that we’re seeing.

We’re starting to articulate a language around this. Then we use this language in the hospitals as we’re seeing patients and also out in the communities that we serve.

One of the things we’re doing is providing medical support for community groups that are engaging in direct actions, confronting racism and state violence. … We’re also advocating for greater transparency and accountability, and currently we’re also helping to develop a free clinic at Standing Rock for the practice of decolonized medicine. …

I went out to Standing Rock, and what I experienced there as a healthcare provider was striking, because it gets at the heart of what I’m interested in in medicine: the intersection of society and the human body and our health, and how we can see social structures directly leading to poor health outcomes for different groups. I had always known about the genocide of Native people growing up in this land. I was born in Ohlone territory. But it wasn’t until I was at Standing Rock, witnessing the violence of the police, that I understood how this is actually an ongoing process. Genocide is continuing, and it has these very deep ramifications, not just for Native people who are experiencing it after several centuries, but also for those of us who are standing with them. And also for the perpetrators of the violence.

Through this work at Standing Rock and meeting with different Lakota/Dakota health leaders, we started to ask questions about how to heal from this legacy of genocide; how can we create structures; how can we create systems that can help improve health outcomes for Native American people?

For two years, a website run by a group of journalists in the UK was the only way we here in the U.S. could get real-time data on how many people were being killed by the police. They did that in 2015, in 2016, and then they stopped. And they made a statement that due to our excellent work, now the FBI and the federal government wants to be doing a better job with counting. But right now, this is my area of active research, and we have no data. We have no data for 2017. We don’t know how many people have been killed in the U.S. by cops.

What was great about The Counted website is it gives a photo of every person killed. It talks about their race, it talks about the circumstance: were they mentally ill; were they armed; were they unarmed. In 2016, of the almost 1,100 people that were killed, Native Americans were targeted disproportionately. For being 2% of the U.S. population, the group that was killed at the highest rate was Native Americans followed by blacks and Latinos.

The state violence toward Native people is ongoing. Near many of the man camps that grow up around placing these pipelines or being involved in these extractive industries, many women have gone missing. For many of the women who are missing, the local law enforcement doesn’t really go investigate.

The Standing Rock people, the Lakota/Dakota people, are broken up into several different reservations. If we compare their life expectancy and health outcomes to everybody else in the U.S., we can find that they have the lowest life expectancy anywhere in the United States. It is interesting to me to think about the health and disease of the Lakota/Dakota people in relation to the fact that these were the last Indigenous people in the U.S. to go into reservation status. They were the fiercest fighters of colonization in the U.S. The largest mass execution in the United States was the Dakota 38 ordered by Abraham Lincoln. I do think that these things are related.

Young Native people are twice as likely to die in a suicide attempt as other people here in the United States. Studies have shown that Amazonian tribes that have been contacted within the last 50 years and colonized within the last 50 years, their rates of suicide go through the roof. There’s an experience of colonization that is actually somehow directly tied to suicide.

I also think of the farmers in India after the Green Revolution, with Monsanto going into these farms and developing relationships with farmers whereby they lose their ancestral lands within two or three cycles of crop rotation. A lot of these farmers have drunk the pesticides and committed suicide. Hundreds of thousands of farmers have enacted suicide like this. There’s a very interesting social experience that we’re witnessing of loss of self and identity to Earth placement, that triggers a suicidal impulse.

So we were asking: What can we do to confront this legacy of genocide? What can we do to give resilience to our people? And in meeting with health leaders and community leaders there, we’ve decided that we would like to create a partnership to create a clinic and farm. Our mission is to support the Lakota and Dakota people in decolonizing medicine and diet to improve their physical, mental, emotional, and spiritual health. For me, this clinic is the greatest example of social medicine, because I believe that we cannot move forward as a society until we address our primary violence, which is against the Native people.

The clinic will be based in Fort Yates, which is in the Standing Rock reservation, and it will serve all the Plains people. It will be a free clinic. The site that we have donated to use is a 3.5 acre parcel, and it’s surrounded by water. This is an island that is in the middle of the Missouri River.

In order to decolonize medicine in this space, we absolutely want to have a kitchen, traditional round structures, a waiting area. There will be a pharmacy that will have a formulary that’s developed by Tyson Walker, who’s a white Mountain Apache UCSF pharmacy student. It will be the first formulary of its kind.

Our role from UCSF will be in witnessing and in serving. For us, decolonizing medicine doesn’t mean putting the doctor in the center of the doctor/patient interaction. It’s allowing the Lakota practitioners, the Lakota cosmology of understanding and health, to dominate, and to be present to witness, to learn, and to support as needed and when needed, which is very, very unusual for doctors.

We’ll also be putting our values of diversity and dignity into action, contemplating our roles as healthcare workers. What does it mean to serve Indigenous communities, especially ones where doctors have been the agents of genocide? And then bringing home those lessons here to UCSF and thinking about how we can serve our Indigenous communities and underserved communities here.

Right now, we are developing an educational curriculum around decolonized medicine together with the Naha students, and we’ll be providing a launchpad for careers in healthcare to the under-represented minorities who are there. We’ll be partnering with Sitting Bull College, which is there on campus, right across from where the health campus will be, and giving those students who want to volunteer in the clinic UCSF credit for their participation in learning about how to run a clinic.

I want to briefly explain how we’re formulating this concept of decolonizing medicine. In traditional medicine, we have what I think of as the paternalistic approach to healthcare, where the doctor is bigger, smarter and knows more, and you are the little patient. The doctor tells you what health is. Or maybe they won’t tell you and they’ll just do a procedure and not really clearly explain it.

Now we’re in an era of the patient-centered approach, where you have a doctor and patient and they’re equal. They’re in a partnership, and health is something they discuss together. Then you have all these things around the social history. You might incorporate some herbal medicine. You have nurses, you have some acupuncture. Still in the center, it’s dominated by the Western medical perspective.

With decolonizing medicine, at the center of the interaction is that person’s concept of health. That’s something that the patient and the doctor come together to understand. And it’s influenced by the socio-political environment. It’s influenced by your family and your community, by your diet, your access to healthy foods. It’s influenced by traditional healers and spiritual practices. If you’re living in a place where they’re putting a pipeline through your clean drinking water, that’s going to have an effect on your health, whether it’s an effect on your spiritual health, your sense of your sovereignty, your autonomy, your dignity, or your sense that genocide is still an ongoing thing. These elements all impact the concept of health. At the Mni Wiconi clinic, this is how—this is how we’re conceptualizing everyone’s involvement.