Saru Jayaraman: How Restaurant Workers Are Inheriting a Legacy of Slavery in the U.S. 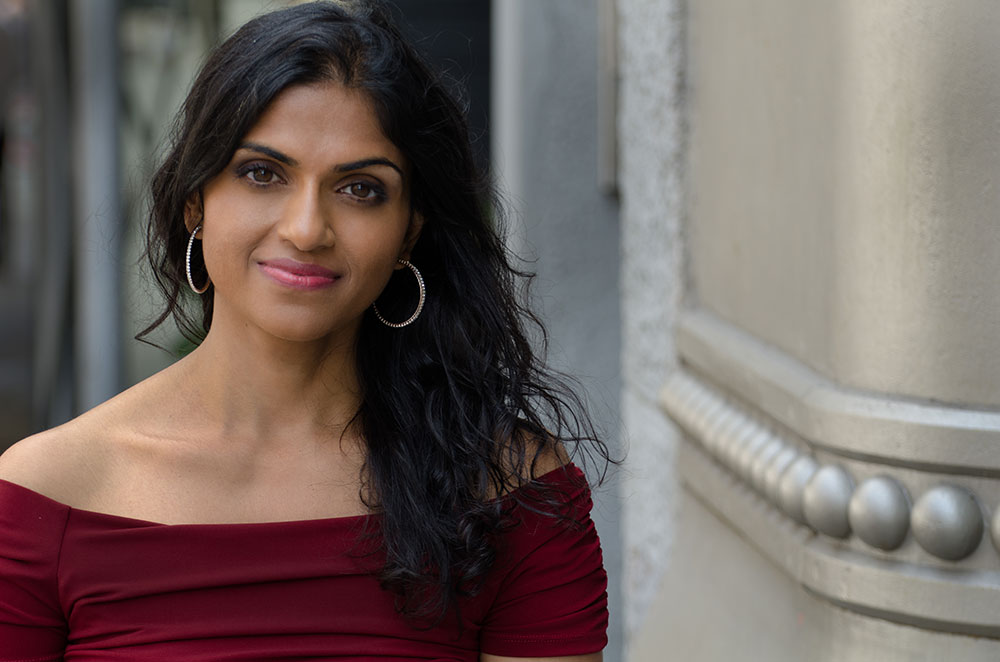 Saru Jayaraman is Co-Director of the Restaurant Opportunities Centers United (ROC); Director of the Food Labor Research Center at UC, Berkeley; and author of Behind the Kitchen Door and Forked: A New Standard for American Dining. She co-founded ROC after 9/11 with displaced World Trade Center workers. It now has more than 25,000 worker members, 200 employer partners, and several thousand consumer-members in a dozen states nationwide.

Jayaraman has become one of the most prominent voices in the national conversation about restaurant workers’ rights and the tipping economy, which has become increasingly problematic and immoral. (Learn more about Jayaraman and her mission to end “modern-day slavery.”) In October, she took the stage at Bioneers 2017 to deliver a passionate keynote about this broken system and promote One Fair Wage, a campaign working to “pass legislation in cities and states that will require the restaurant industry to pay all its employees at least the regular minimum wage.”

Watch Jayaraman’s keynote and read excerpts from the transcript below.

The restaurant industry right now is the second-largest and absolute fastest-growing sector of the U.S. economy. It’s over 12 million workers. One in 11 American workers currently works in this industry. One in two of us in this room and in the United States has worked in this industry at some point in their lifetimes. So many of us have worked in this industry. Every one of us eats out. In fact, as Americans, we are eating out in ever-increasing numbers. We just made world history last year, becoming the first nation on Earth in which we spend more money on eating out than we do on food eaten inside the home. So the industry just continues to explode.

There’s no sign of it being replaced by technology any time soon. Robots are not taking over these jobs. It’s not going anywhere, and yet despite its growth, despite its size, despite the fact we’ve all worked in it, despite the fact that we all touch it every day, it continues to be the absolute lowest-paying employer in the United States. Every year, the Department of Labor puts out the list of the ten lowest-paying jobs, and every year, seven of the 10 lowest-paying jobs are restaurant jobs.

It turns out that tipping as a practice did not originate in the United States. It originated in feudal Europe. If you ever read Jane Austen or you watch Downton Abbey or you ever see period pieces, you will see occasional references to tipping. It was noblesse oblige, something that an aristocrat gave to a subservient—something on top of a wage, by the way—because serfs and vassals in feudal Europe actually received wages, and tips were gratuities on top: noblesse oblige.

Well, this idea came to the States in the 1850s and 1860s, and when it came, there was massive populous rejection of the idea as undemocratic, un-American, a vestige of the feudal system. That movement, which was so successful and spread to Europe and succeeded in getting rid of tipping in a lot of Europe, here in the United States was squashed by the Restaurant Association: the early industry lobby, which found that tipping was a beautiful way to hire newly freed slaves and continue the legacy of slavery by not paying them anything at all and letting them live on customer tips.

At the turn of the 19th century, a majority of tipped workers in the country were black former slaves. They were actually given a $0 wage, and that was codified into the very first minimum wage law that passed in 1938, as part of the New Deal, which said that tipped workers would get a $0 wage from their employer as long as tips brought them to the full minimum wage. We went from $0 in 1938 to a whopping $2.13 an hour, which is the current federal minimum wage for tipped workers in United States in 2017. It ranges between $2 and $7 in 43 states in the United States. California is only one of seven states that has gotten rid of this legacy of slavery. But 43 states persist in asking employers to pay $2 and $3 and $4 an hour. New Mexico is $2.13. Colorado is $4-something. Pennsylvania is $2.85. D.C. is $2.77. Massachusetts is $3. It is a shame. It is a shame in the United States that anybody is being paid $2 and $3 an hour.

Every time I speak to an audience like this, a woman comes up to me and says, “You know, I’m now a union organizer or corporate lawyer, an IBM executive—I’ve been sexually harassed later in my career or even recently, and I didn’t do anything about it because it was never as bad as it was when I was a young woman working in restaurants.”

We did research on these seven states—California, Oregon, Washington, Nevada, Minnesota, Montana, and Alaska—that got rid of this system decades ago. We found that those seven states are faring better on every measure than the 43 states with lower wages for tipped workers: higher restaurant sales per capita, higher job growth in the restaurant industry, higher rates of tipping. People actually tip better in these states. And [they even have] half the rate of sexual harassment as the rest of the country.

So in all of this talk about solutions for what we are seeing as an epidemic of male power and disgusting behavior, I have a solution: Pay most of the women in America an actual wage. Pay them a wage. How hard is that?

If this is the largest employer of women, then force this industry to pay them an actual wage.

Why should anybody care? Why should you care? Maybe some of us are right that first we have to save the Earth before we think of anything else. First we have to make sure that humans can survive on this planet before we think of anything else. Maybe first we put everything else aside and focus all our energy on stopping climate catastrophe because it’s moving so fast and we don’t have much time. Of course, even I can see that. And yet, I think that there is a real problem if we aren’t simultaneously thinking about saving the Earth and our ability to survive, and also thinking about, if we survive, if we save the Earth, what kind of life do we want for the people who make it? Do we want to make it past this period of disaster into a world of haves and have nots?

Here are some reasons why I think we should care.

First of all, it is these low-wage workers who are the frontline survivors and disaster recipients of climate catastrophe. They are the ones bearing the brunt.

Second of all, if we want to build any kind of political power going into the future to stop climate change, to stop corporations from doing what they’re doing, if half the country is suffering with just making it from day to day and we don’t think about addressing their needs—at least listening to them and working with them—we’re not going to have the political power to stop the corporations from doing what they are doing.

But ultimately, we can’t survive—there will be no organic products or sustainable products of any kind—if people can’t consume. And fundamentally, these people are not just consumers, they are humans, and so are you, and I know you care not just about the Earth, but about equity. Fundamentally, you want us not just to survive through climate catastrophe, but thrive, live.

Ultimately it is this question: Who gets to decide whether we continue this legacy of slavery? We said no 200 years ago because slavery was inhumane. Why are we saying okay now? Who gets to decide how a woman is treated in the workplace? Is it a trade lobby? Is it corporations? Is it the other NRA? Or is it we, the people?