The Long-Term Benefits of Living Buildings: Why “How Much Did This Cost?” is the Wrong Question to Ask

By Richard V. Piacentini, President and CEO of Phipps Conservatory and Botanical Gardens

At Phipps Conservatory and Botanical Gardens, our commitment to sustainability in everything we do has led us to construct some of the world’s greenest buildings. On a single project site, a visitor to Phipps can now see an unprecedented multi-facility complex of three buildings, each showcasing a different construction type — new, modular and existing — and each designed to meet the most rigorous standards in the built environment. We use the Living Building Challenge, LEED Platinum, SITES Platinum and WELL Building Platinum certifications as our standards for our new buildings.

Our commitment to these certifications began in November 2006 when I attended the Greenbuild Conference in Denver. We were one month away from opening our Tropical Forest Conservatory, a revolutionary 12,000-square-foot glasshouse that was designed to be passively cooled and have no greenhouse effect. By this time, we found ourselves thinking in systems, which is how nature works. We were trying to understand how to best integrate our buildings into the environment.

While I was at Greenbuild, Jason McLennan introduced the Living Building Challenge, the most rigorous green building standard in the world that is based on systems thinking. We were just about to start planning for our education, research and administration building, the Center for Sustainable Landscapes (CSL). Finally here was a certification program that went beyond checking boxes and understood that we should be thinking more broadly than just saving energy and water. It was more than a program — it was a philosophy that understood that the way we construct our buildings could help us integrate ourselves back into nature. So we decided to pursue it. At that time, no one had ever built a Living Building and no one knew if it was possible so we decided to pursue LEED Platinum as a backup.

Right before we started design, the Sustainable SITES Initiative was launched, which attempted to define best practices for integrating buildings into the environment. We decided to pursue that too. During construction, the WELL Building Standard was launched to define best practices for human health in the built environment. Even though the Living Building Challenge has many requirements related to human health, by this time we had really come to understand how human and environmental health are inextricably connected, so we decided to pursue WELL too to see if there was anything else we could learn to make buildings better for the people who will occupy them.

During the construction of each of these buildings, the question often came up: “How much did this project cost?” A simple answer just doesn’t do it justice, as it implies that the only factor that should be considered in a new project is the initial cost. A popular misconception that passes for conventional wisdom says that green buildings are too expensive and aren’t worth the investment. At Phipps, we know that this is a short-sighted mindset — in fact, green buildings make perfect economic sense, and their benefits only increase when an organization approaches a construction project with a holistic, long-term view.

All three of our new green buildings are designed to meet the Living Building Challenge and operate at net zero energy, meaning they generate all of the energy that they use within a year. The CSL actually produces more energy than it uses in a year (net positive), generating 133,301 kWh and using only 129,876 kWh in its last year of operation. This electricity that powers the CSL is produced entirely on-site through solar and wind generation. One of the reasons the building is able to achieve this remarkable feat is because it is extremely efficient. The CSL has an energy use intensity (EUI) of 18, which is 73.8% less than the EUI of a typical office building. This energy efficiency is achieved through a combination of sustainable features and strategic design choices that anyone can make. For example, choosing to situate the building so that it faces south, maximizing solar gain and daylighting, greatly reduced our energy needs. Our geothermal heating and cooling system is a very efficient way to condition the building and it is completely powered by on-site generated power. Over time, the fact that Phipps’ green buildings will never have a heating, cooling, electric or sewer bill really adds up. The cost of operating the CSL over the next 30 years compared with a conventional office building of the same size will save Phipps $3 million in energy costs alone. With conventional buildings there will always be utility costs.

On its lower campus, Phipps’ green buildings capture, treat and reuse all water that falls onsite, managing 3.25 million gallons of storm water per year — enough water to fill five Olympic swimming pools. Since the CSL opened in 2012, not a single drop of storm or sewer water has left the site. As a botanical garden, Phipps has a great need for water. Water that falls on the back of our campus, where our three green buildings are located, is used to irrigate the landscape or is allowed to infiltrate. A combination of constructed wetlands and sand filters allows us to clean and reuse all of the water from toilets and sinks. A typical office building using the CSL’s amount of potable water will spend more than $140,700 over the next 30 years on water usage and treatment. That cost simply does not exist in the CSL, Nature Lab and ESC. By capturing, treating and reusing the water on our site, Phipps also saves the City of Pittsburgh money by keeping this water out of the already overtaxed combined sewer and storm water system. By treating and reusing all water that falls onsite, green buildings save money for the building owners and the cities in which they exist.

Though it is often not considered during the building design process, the biggest cost to an organization is staff — not electric, rent, water, etc. Many peer-reviewed professional studies show correlations in building design that are designed to address employee health and staff productivity, attendance, focus and mental engagement, mood, overall physical health, recruitment, and retention. These studies appear in journals such as Indoor and Built Environment, Journal of the Illuminating Engineering Society, International Journal of Epidemiology and International Journal of Environmental Research and Public Health. In fact, a study done by real estate services firm Stok cites an annual profit of $3,395 per employee in a 150,000 square-foot high performance green building. In addition to the Living Building Challenge, Phipps’ CSL and ESC are designed to meet WELL Platinum Certification, a certification that focuses on human health and well-being in buildings. Our green buildings are free of Living Building Red List toxic chemicals, which are very commonly found in typical office buildings and are harmful to human health. They also incorporate elements of biophilic design, which connects people to nature in the built environment and has a positive impact on human health. From extensive use of indoor plantings to plentiful windows offering views of nature and natural light and ventilation, these buildings blur the line between the built and natural environment, celebrating the bonds between humans and nature. By investing in our staff’s well-being upfront, we will see a long-term payoff in the future.

Before Phipps began constructing green buildings on its lower campus, the site was a brownfield — toxic, barren and completely paved over. Now, it has transformed into a thriving ecosystem that is healthy for the people, native plants and wildlife who occupy it. Restoring the land and making it more beautiful also added an attraction for the visitor experience. Green buildings operate with nature, not in spite of it. This creates a beneficial ecosystem for all living beings that use the space.

Finally, taking a broader look at green buildings, Phipps’ projects support a new sector of construction. By serving as a role model for the world, the CSL, ESC and Nature Lab encourage other organizations and individuals to pursue Living Buildings. Our spaces prove that green buildings can be beautiful and are better places to live, work, learn and play than traditional buildings. If more organizations follow Phipps’ lead, more manufacturers will respond with more efficient and less toxic building materials increasing competition for these items and thereby lowering their cost. In addition, as more people begin to construct high performance green buildings, industry leaders will be encouraged to innovate and invent new technologies for them, leading to job growth in their fields. Constructing green buildings doesn’t just make economic sense for individual organizations; it contributes to the economy as a whole.

When looking at a building project from a long-term view, it becomes increasingly apparent that high performance Living Buildings vastly out-perform their traditional counterparts. By generating their own energy and managing all of the water that falls onsite, they never see a utility bill, saving millions of dollars over time. The value of human and environmental well-being are not typically a part of building design conversations, but they should be. 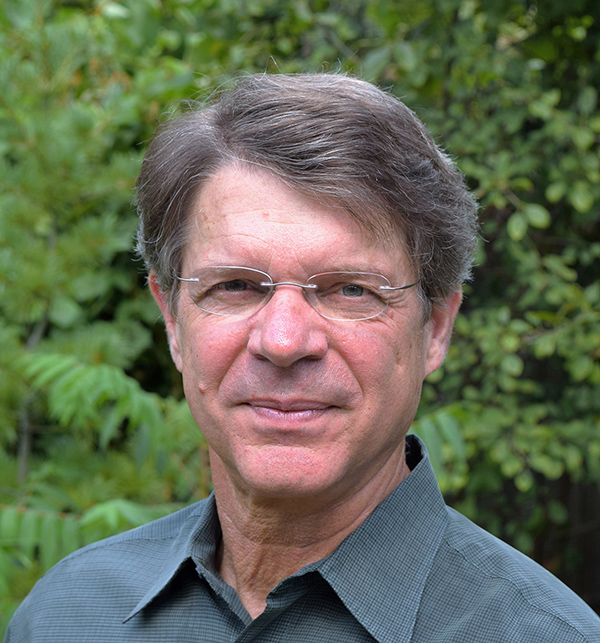 Since 1994, Richard Piacentini has led the green transformation of Phipps Conservatory and Botanical Gardens, including construction of the Center for Sustainable Landscapes, the only building in the world to meet Living Building Challenge™, LEED® Platinum, WELL™ Platinum, and SITES™ Platinum certifications. Richard is interested in the connection between people and plants particularly as it relates to human and environmental health. He has received numerous professional honors, including APGA, ILFI and USGBC leadership awards.