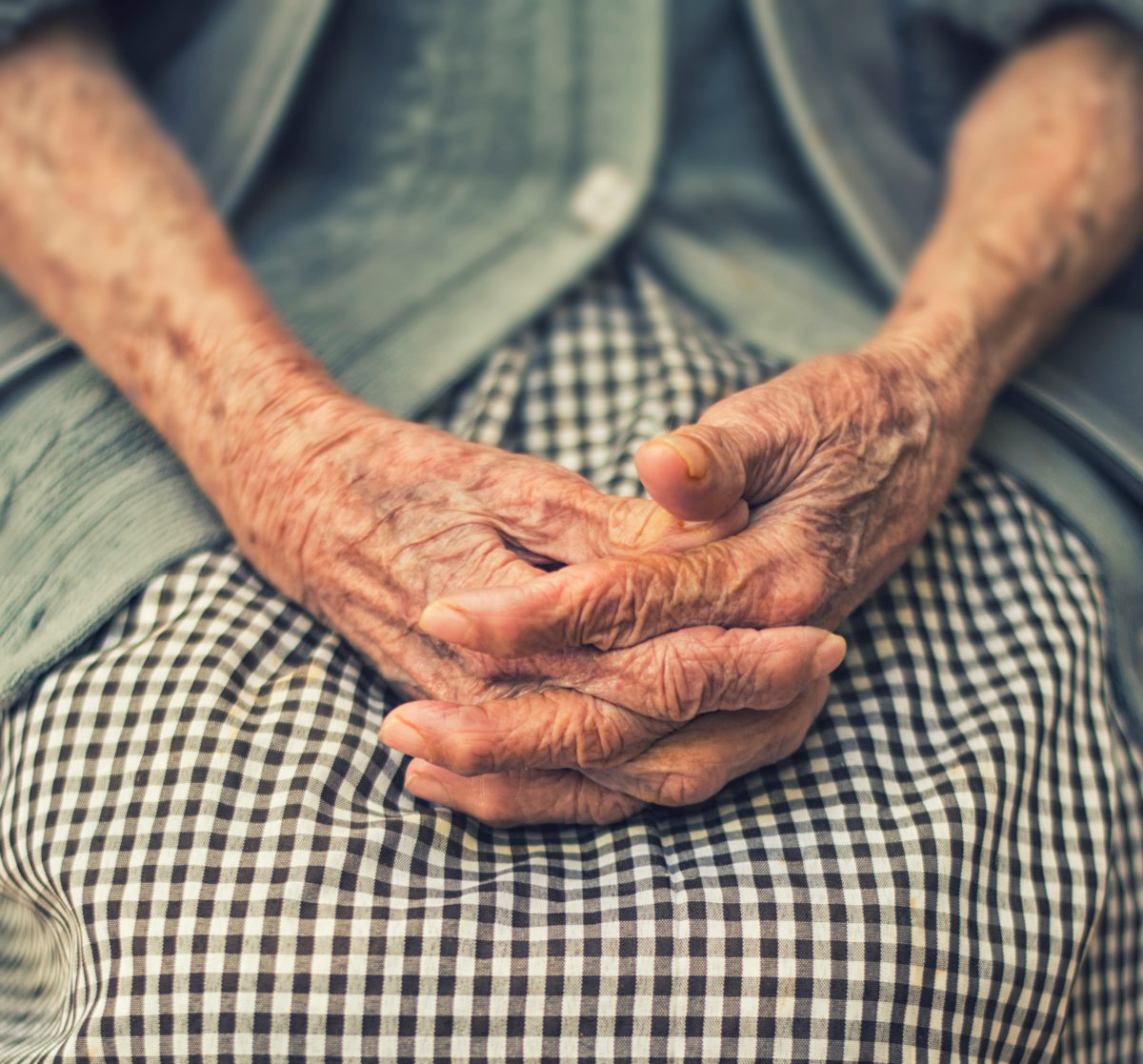 In our youth obsessed culture, we’re bombarded by media images and messages about the despairs and declines of our later years. Beauty and pharmaceutical companies work overtime to convince people to purchase products that will retain their youthful appearance and vitality. Wrinkles are embarrassing. Gray hair should be colored and bald heads covered with implants. Older minds and bodies are too frail to keep up with the pace of the modern working world and olders should just step aside for the new generation.

Ashton Applewhite once held these beliefs too until she realized where this prejudice comes from and the damage it does. Lively, funny, and deeply researched, her book This Chair Rocks (Celadon Books, 2019) traces her journey from apprehensive boomer to pro-aging radical, and in the process debunks myth after myth about late life. The following is an excerpt from This Chair Rocks. 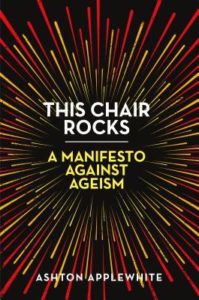 I’ve learned that most of what I thought I knew about the aging process was wrong. That staying in the dark serves powerful commercial and political interests that don’t serve mine. And that seeing clearly is healthier and happier. Yet, despite the twentieth century’s unprecedented longevity boom, age bias has yet to bleep onto the cultural radar—it’s the last socially sanctioned prejudice. We know that diversity means including people of different races, genders, abilities, and sexual orientation; why is age typically omitted? Racist and sexist comments no longer get a pass, but who even blinks when older people are described as worthless? Or incompetent, or “out of it,” or boring, or even repulsive?

Suppose we could see these hurtful stereotypes for what they are—not to mention the external policies and procedures that put the “ism” after “age.” Suppose we could step off the treadmill of age denial and begin to see how ageism segregates and diminishes our prospects. Catch our breath, then start challenging the discriminatory structures and erroneous beliefs that attempt to shape our aging. Until then, ageism will pit us against each other; it will rob society of an immense accrual of knowledge and experience; and it will poison our futures by framing longer, healthier lives as problems instead of the remarkable achievements and opportunities they represent.

A good place to start is by jettisoning some language. “The elderly”? Yuck, partly because I’ve never heard anyone use the word to describe themselves. Also because “elderly” comes paired with “the,” which implies membership in some homogenous group. “Seniors”? Ugh. “Elders” works in some cultures but feels alien to me, and I don’t like the way it implies that people deserve respect simply by virtue of their age; children, too, deserve respect. Since the only unobjectionable term used to describe older people is “older people,” I’ve shortened the term to “olders” and use it, along with “youngers,” as a noun. It’s clear and value-neutral, and it emphasizes that age is a continuum. There is no old/young divide. We’re always older than some people and younger than others. Since no one on the planet is getting any younger, let’s stop using “aging” as a pejorative—“aging boomers,” for example, as though it were yet another bit of self-indulgence on the part of that pesky generation, or “aging entertainers,” as though their fans were cryogenically preserved.

It always drove me nuts when some clown called me “young lady” and expected me to feel complimented, but I didn’t know why until I started thinking deeply about it. Made to our face, comments like these are disguised as praise. We tend to ignore them because the reference to being no-longer-young is embarrassing. And it’s embarrassing to be called out as older until we quit being embarrassed about it. Well, I’m not anymore. When someone says, “You look great for your age,” I no longer mutter an awkward thanks. I say brightly, “You look great for your age too!” When it dawned on me that one of the reasons older women are invisible is because so many dye their hair to cover their gray, I bleached mine white to see what it was like. When my back hurts, instead of automatically blaming it on my osteo-you-name-it, I stop to think whether shoveling or weeding could be to blame. I started a Q&A blog called Yo, Is This Ageist? where people can ask me whether something they’ve seen or heard or done is offensive or not. And I wrote this book.

Although we age in different ways and at different rates, everyone wakes up a day older. Aging is difficult, but few of us opt out, and the passage of time confers very real benefits upon us. By blinding us to those benefits and heightening our fears, ageism makes growing older in America far harder than it has to be. That’s why I’ve embarked on a crusade to overturn American culture’s dumb and destructive obsession with youth, and challenge the way people at both ends of the age spectrum are devalued and disrespected.

As I’ve gone on this journey from the personal to the political, it’s become clear that ageism is woven deeply into our capitalist system, and that upending it will involve social and political upheaval. Ageism, unlike aging, is not inevitable. In the twentieth century, the civil rights and women’s movements woke mainstream America up to entrenched systems of racism and sexism. More recently, disability rights and gay rights and trans rights activists have brought ableism and homophobia and transphobia to the streets and the courts of law. It is high time to add ageism to the roster, to include age in our criteria for diversity, and to mobilize against discrimination on the basis of age. It’s as unacceptable as discrimination on the basis of any aspect of ourselves other than our characters.

If marriage equality is here to stay, why not age equality? If gay pride has gone mainstream, and millions of Americans now proudly identify as disabled, why not age pride? The only reason that idea sounds outlandish is because this is the first time you’ve encountered it. It won’t be the last. Longevity is here to stay. Everyone is aging. Ending ageism benefits us all.

Why add another “ism” to the list when so many, racism in particular, call out for action? Here’s the thing: We don’t have to choose. When we make the world a better place to grow old in, we make it a better place in which to be from somewhere else, to have a disability or be queer or non-white or non-rich. Just as different forms of op- pression reinforce and compound each other—that’s intersectionality, a term coined by feminist and civil rights activist Kimberlé Crenshaw—so do different forms of activism, because they chip away at the fear and ignorance that all prejudice relies upon. Ageism is the perfect target for compound advocacy because everyone experiences it. And when we show up at all ages for whatever cause tugs at our sleeve—save the whales, the clinic, the democracy—we not only make that e ort more effective, we dismantle ageism in the process.

This book is a call to wake up to the ageism in and around us, embrace a more nuanced and accurate view of growing older, cheer up, and push back. What ideas about aging have each of us internalized without even realizing it? Where have those ideas come from, and what purpose do they serve? How do they play out across our lives, from office to bedroom, in muscle and memory, and what changes inside us once we perceive these destructive forces at work? What might an age-friendly world—friendly to all ages, that is—look like? What can we do, individually and collectively, to provoke the necessary shift in consciousness, and catalyze a radical age movement to make it happen?