Tom B.K. Goldtooth: We Must Connect With Mother Earth to Achieve Environmental Justice 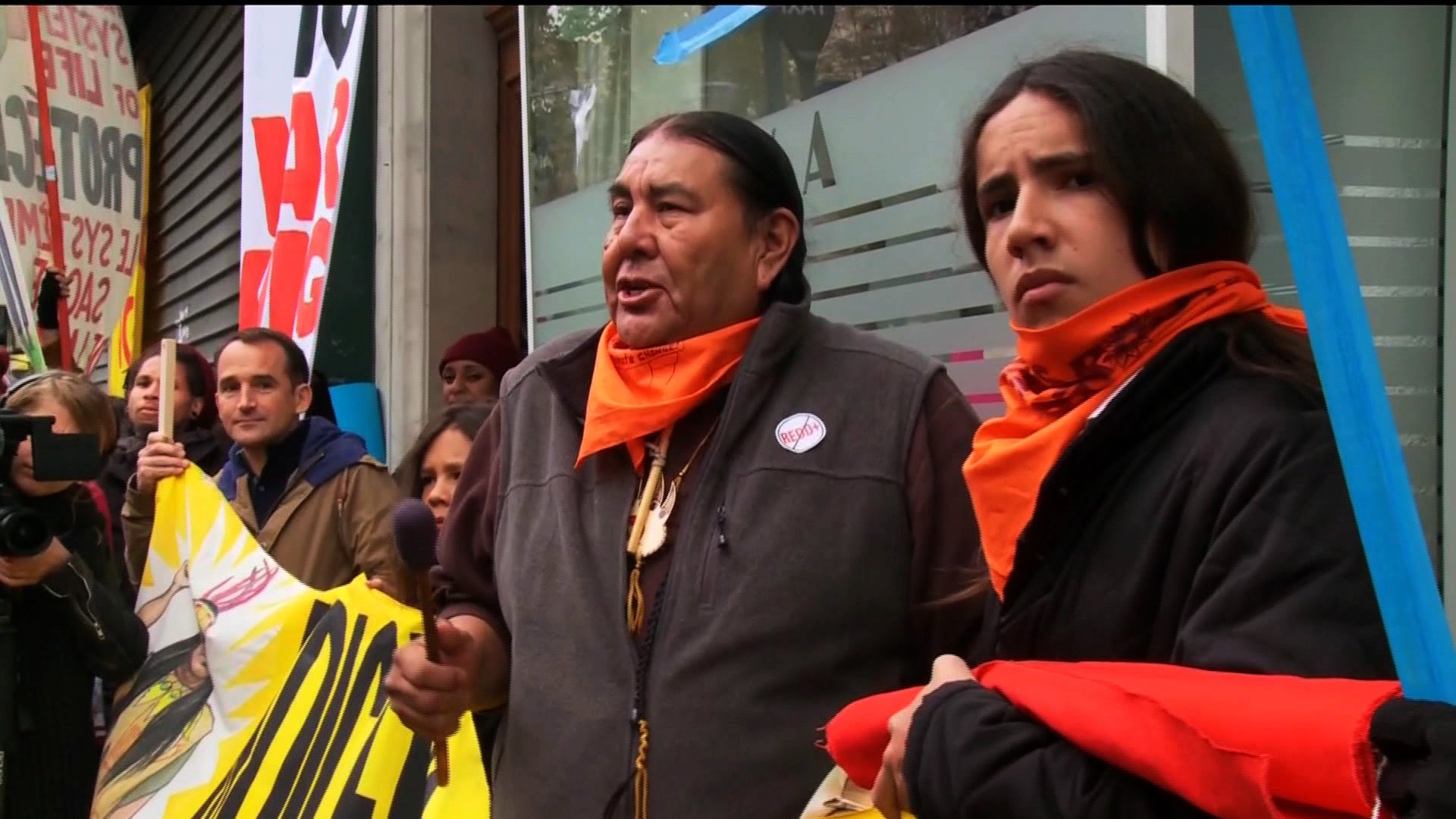 Tom B.K. Goldtooth gave an inspirational presentation at the Bioneers conference in 2013. Following is that presentation, both as a video and as excerpts from the transcription.

I’m the Executive Director of the Indigenous Environmental Network. IEN was established in 1990 by community-based Indigenous Peoples including our youth and elders. IEN was formed to address the many different issues. We have an Indigenous rights-based approach to a lot of the issues that we’re dealing with around environmental and economic justice in North America or what our brothers from the Hau de no sau nee call Turtle Island.

Working for environmental and economic justice is spiritual work that reaffirms our human relationship and responsibility to protect the sacredness of Mother Earth and the recognition of Father Sky. One of the goals of this work is to secure a healthy and safe environment for all people, all future generations, with no disparities in who is more protected. The modern world cannot achieve economic sustainability without environmental justice and without strong environmental ethics that recognize our human relationship to the sacredness of Mother Earth. The future of mankind depends on the new economic and environmental paradigm.

Indigenous Peoples are confronting many challenges, as we know—challenges such as extreme changes in the environment and in our backyards, extreme weather events, extreme energy development, the continued push of economic globalization and continuation of Western forms of development despite the signs of financial collapse and depletion of natural resources around the world.

Fossil fuel development within Indigenous territories, our land, our water and our seas are increasing. It is business as usual. The petroleum industries, private corporations with the helping hand of governments, are expanding exploration to find more unconventional fossil fuels and further perpetuating the energy addiction of an industrialized society.

The survival of Indigenous cultures, languages, and our communities continue to be affected by a modern industrialized world that lacks awareness and respect for the sacredness of Mother Earth. As guardians and caretakers of Mother Earth, it has been our responsibility as Indigenous Peoples to protect the natural environment, to generate awareness of Traditional Ecological Knowledge and promote models for sustainable development based upon our Indigenous spiritual values.

Indigenous Peoples in the North as well as in the global South are forced into a world market with nothing to negotiate except the natural resources that we rely on for survival. History has seen attempts to commodify land, food, labor force, water, genes and ideas, such as privatization of our traditional knowledge. Carbon trading follows in the footsteps of this history and turns the sacredness of our Mother Earth’s carbon cycling capacity into property to be bought or sold in a global market. Through this process of creating a new commodity—carbon—Mother Earth’s ability and capacity to support a climate conducive to life and human societies is now passing into the same corporate hands that are destroying the climate. Carbon trading will not contribute to achieving protection of the Earth’s climate. It is a false solution. It is a false solution that entrenches and magnifies social inequalities in many ways. It is a violation of the sacred, plain and simple.

This inseparable relationship between humans and the Earth, inherent to Indigenous Peoples, must be learned, must be embraced and respected by all people for the sake of all of our future generations and all of humanity. I urge all of you, all humanity to join with us in transforming the social structures, the institutions and power relations that underpin conditions of oppression and exploitation.

The response to global warming is global democracy, democracy for life and for Mother Earth. We need action for humanity, not to be a carbon colonist who sells the air we breathe and privatizes the earth and the sky.

Long-term solutions require turning away from prevailing paradigms and ideologies centered on pursuing economic growth, corporate profits and personal wealth accumulation as primary engines of social well-being. The transitions will inevitably be toward societies that can actively adjust to reduced levels of production and consumption, and increasingly localized systems of economic organization that recognize and honor and are bounded by the limits of nature, that recognize the universal declaration on the rights of Mother Earth.