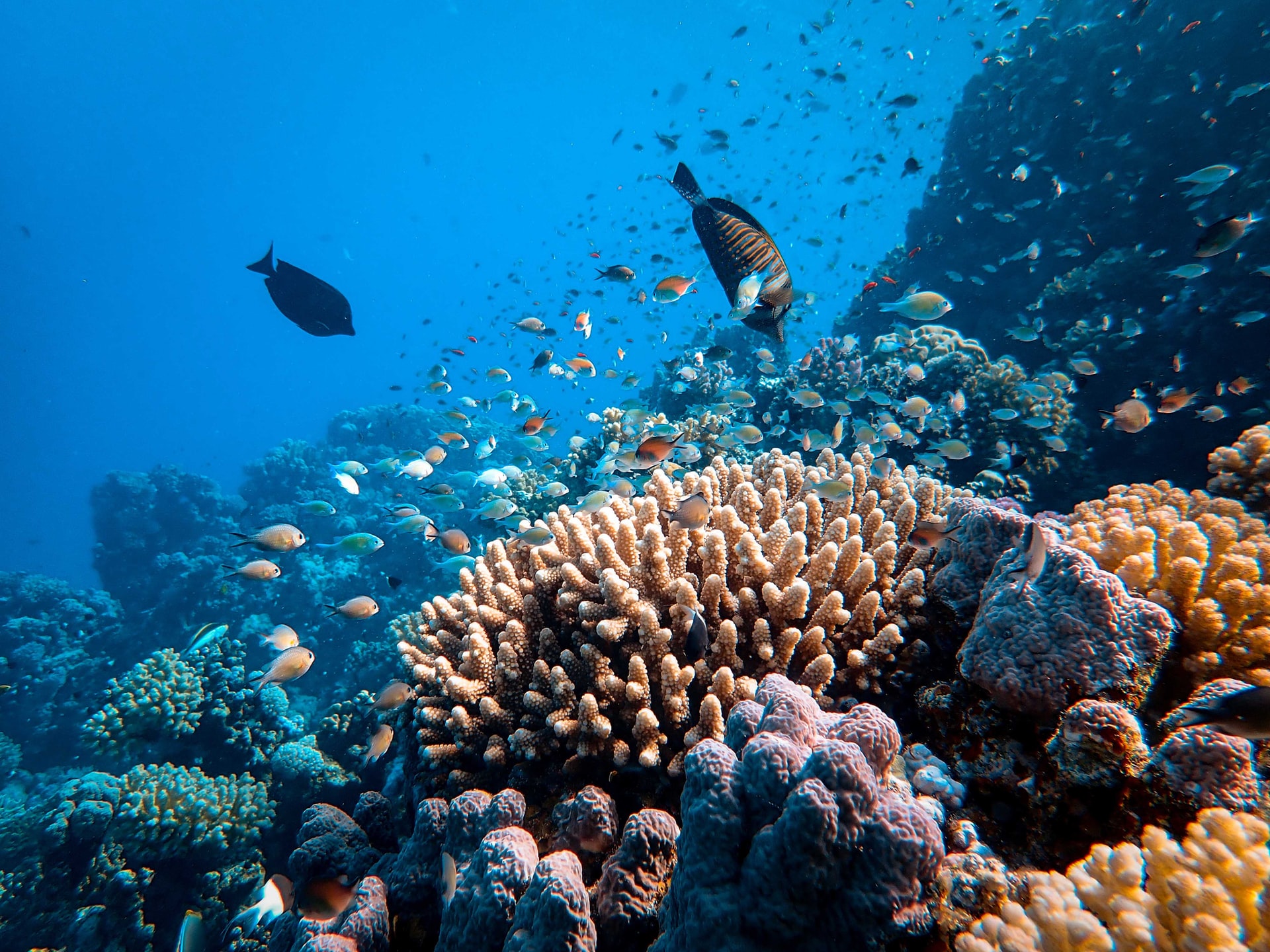 Ocean conservation is a practice that extends back into history for generations. Our planet’s oceans sequester carbon at scales akin to the rainforest. Despite the history of conservation and the role oceans play in biodiversity, a small percentage of oceans are protected from commercial exploitation.

Rod Fujita is the co-founder and Director of Research & Development for the Environmental Defense Funds Oceans Program. As the lead senior scientist, Rod has spent over 30 years leading a team of scientists and policy experts to identify marine conservation problems and design solutions to protect the planet’s oceans. Rod is the author of the 2003 book, “Heal the Ocean: Solutions for Saving Our Seas”.

In this article, marine ecologist Rod Fujita speaks about the importance of aligning the value of conservation with the value of people who make a living on fishing.

What follows is an edited excerpt from a Bioneers 2019 panel titled “Large-Scale Landscape Conservation and a Global Deal for Nature”.

If you love life, you’ve got to love the ocean. All life comes from the ocean. The ocean still hosts the most phyletic diversity: the big groups of body forms and species on the planet. For the longest time, the oceans seemed far too vast for mere humans to perturb in any way. But we’ve somehow managed, just in the last hundred years, to fish down great stocks of fish that were once described as so thick you could walk across the backs of the cod in New England. We’ve managed to extinguish whale species that were super abundant, roaming the oceans. We’ve even managed to alter the food webs and the life support systems, and the very chemistry of the oceans themselves. It’s remarkable.

There have probably been ocean conservation heroes among us for centuries, maybe millennia. Maybe it was the first native Hawaiian who built a fishpond: an extensive watershed seascape management system, elegant in design, regenerative in nature, that restored the landscape, protected the water quality, grew all the crops people needed, and resulted in abundant fish without catching too many. Or maybe it was a Polynesian leader, who declared the first taboo on harvesting vulnerable animals that are highly valuable, like trochus, giant clams, and sea cucumbers. That led to an extensive and sophisticated system of regulation thousands of years ago intended to preserve the species of the ocean, and to make sure that the regenerative processes that maintain biodiversity and the flow of goods and services that support human well-being continue.

Well, it took a while, but 3,000 years later, modern society has kind of caught up to that traditional wisdom. I first woke up to this in the 90s, when I was starting my career, with headlines announcing crashing fish stocks, the demise of the tunas, the swordfish, the marlin, one after the other. I got activated like a lot of my colleagues at that time to protect the ocean. Our first instinct was to create protected areas like our ancestors did on the land, the people who started the wilderness movement, the people who created these really wonderful national parks, sometimes described as America’s best idea.

We started to try to create marine parks and adopt that same model of terrestrial conservation to the ocean. It was challenging because the ocean looks like a mirror. It’s hard to see the ravages that are going on under the waves. You just see the sky – it looks beautiful. But meanwhile, the underwater landscape was being trampled by trawling. It was being dynamited. It was being overfished. The wetlands were being destroyed for marinas. But it’s hard to see all that.

Also, the boundaries of these marine reserves were difficult to see and enforce. At least at a national park, you’ll see a sign that says: This is a national park. In the ocean, you can’t put up signs.

Despite these difficulties, it soon became clear to most people that if you stop killing things in an area of the ocean, they can flourish. And it sounds simple, but it took me years to convince governments in the United States and all around the world of that simple truth: If you don’t kill things, they can grow and prosper. That’s the theory of marine reserves.

Because the science was clear, and because we had learned something from traditional wisdom, this movement caught on. So 30 years later, we’ve got about 17,000 marine-protected areas covering the surface of the ocean. We’ve got about 8% of the ocean’s surface under protection. It’s creeping up there to the percentage of the land that’s protected. It sounds impressive, but when you really get down to looking at how these marine-protected areas are functioning, are they actually prohibiting killing? Are they actually preventing pollution? Are they actually preventing oil and gas extraction? The answer is no, not really.

Less than 2% of those 17,000 marine-protected areas are functional. It’s not scaling. 8% is not enough, and 2% is definitely not enough if we’re going to save the ocean.

The ocean is one of the great reservoirs of carbon and one of our great saviors from even worse climate change, along with the rainforest. The rainforest and the ocean take carbon out of the atmosphere, put it into the soil or put it into the deep water where it stays for centuries. It’s our salvation. And we’re going to need to protect more than 8% of the ocean to restore that function and keep it alive.

So how do we do that? The first step toward a cure or a solution is really a good diagnosis. We can make an easy diagnosis and say, well, fishermen are rapacious; people just want to damage the ocean for their own greedy motives. But in my experience, a lot of the people want to do the right thing. Consider the possibility of creating a marine reserve where people are impoverished, and where fishing is the employer of the last resort if you don’t have an education. These people have to feed their families. The proposition that we’re giving these folks is, “Hey, why don’t you stop fishing so that stuff can grow, and so that I, in the United States, can enjoy the biodiversity?” It’s a terrible value proposition, and that’s why conservation is not scaling in the ocean.

To reverse that, we have to align people’s incentives and their needs with the conservation proposition. We can do this. We have to embed these marine-protected areas within areas that are secure, that are reserved for the use of the people who are paying the conservation price so that they can reap the benefits of their own conservation action. That’s the key: The people who pay the cost need to get the benefits. Those benefits can’t be externalized to privileged folks who are not paying any costs but get all the biodiversity and goodies.

Here’s a quick story about how this can be put into action: There are some countries where this is happening apace. We work in Belize, a little country in the Caribbean, that has responsibility for about a third of the Mesoamerican reef system, which is the second largest reef system in the world. This is a tiny little country with very low capacity, but they created nine large marine-protected areas in these territorial waters. As of five years ago, only about 2% of that area was off limits to extraction, and the fishermen were dead set against expanding that protected nucleus.

This dynamic continued, with the fishermen opposing expansion and the environmentalists saying, “Yes, let’s expand it.” Until they created what’s called a territorial use right for fishing. It turns out the reason the fishermen were opposing these no-take reserves is not because they’re not interested in stewardship. They understand that if you stop killing fish when they’re spawning, the young fish will grow up. If you stop killing the young fish, they will grow up. They get it. It’s just that they were asked to pay the costs of not fishing while illegal fishermen from other countries and other places were coming and taking the fish. Again, it was a terrible value proposition until the Belizean government secured the fishermen’s right to claim the benefits of their own stewardship activities, and that turned the tide. It completely changed the political dynamics, it aligned the economics and the incentives with conservation, and Belize just tripled the size of its no-take reserves this last year.