Valentine Lopez, Bioneer Alumni, to Speak Up To Protect Sacred Site Near San Francisco at the UN Permanent Forum On Indigenous Issues This Week 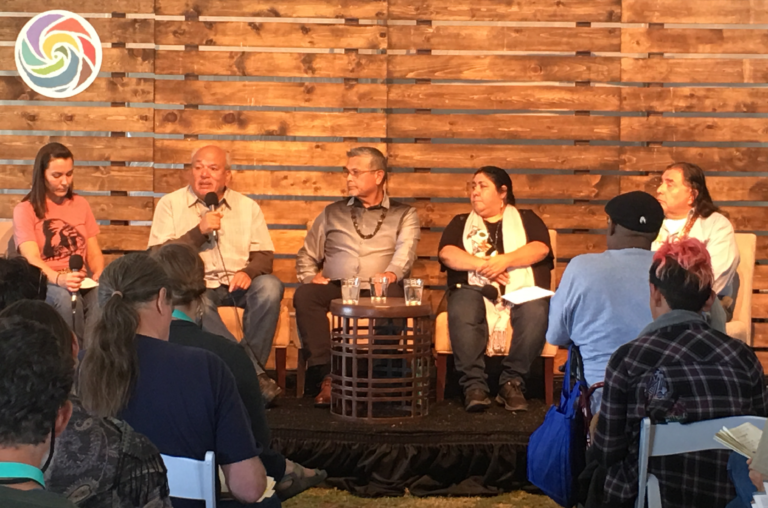 Valentin Lopez has spoken at the Bioneers Indigenous Forum twice; once in 2015 about the historic establishment of the Amah Mutsun Land Trust, and again in 2017 to share the brutal history of genocide against his ancestors, the Mutsun People, who were taken to the Missions San Juan Bautista and Santa Cruz. In this historic panel, we learned how Chairman Lopez’ ancestors never surrendered, signed a treaty or gave away the rights to their lands or its mineral resources. 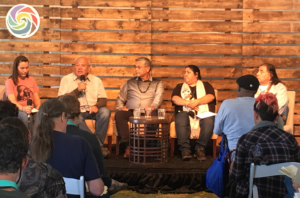 The panel also taught us that the California Indians experienced one of the most brutal genocides in American history through three waves of colonization by the Spanish, Mexican and American periods that systematically dehumanized, enslaved, raped, and murdered the ancestors of today’s survivors until they were forced into hiding their identities and cultures. 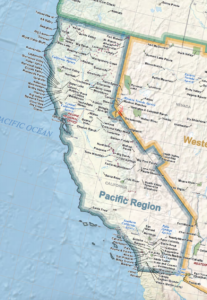 Many people don’t know that the state of California paid bounty hunters for Indian scalps, reimbursed by the United States government.

But, this outcome of genocide, doesn’t mean that survivors from these tribes don’t exist or care for their ancestral territories.

There still exist sacred sites to the un-recognized Central Coast California Indians. These sites are cared for, and represent unbroken spiritual ties to the land since time immemorial.

According to the press release,

In addition to speaking on the floor of the United Nations, Lopez will also hold a press conference before the International Press Corps on Friday, April 20th and co-host a side meeting with international indigenous leaders on Tuesday, April 17th.

Chairman Lopez is attending the United Nations as a delegate of the American Indian Movement (AIM) – West. AIM-West Director Antonio Gonzales said, “The issues of lands, territories and natural resources are inextricably linked to sustainable development and self-determination. While attending the UN Permanent Forum on Indigenous Issues AIM-WEST delegates will bring attention to and hold extractive industry projects, who are also the number one threat to climate-change, on our lands, water and territories, by initiating a movement toward a globally binding instrument to hold them accountable.”

The Amah Mutsun working through their Amah Mutusn Land Trust and with many committed partners are calling on the Santa Clara County Board of Supervisors to acknowledge the difficult truth regarding the history of California Indians.

The Bioneers Indigeneity Program is committed to uplifting the voices of our partners and allies in our collective efforts to protect our ancestral territories from destructive environmental practices. To learn more about our work, check out our website and our Youtube Channel Indigeneity playlist featuring over 70 presentations on contemporary Native issues.