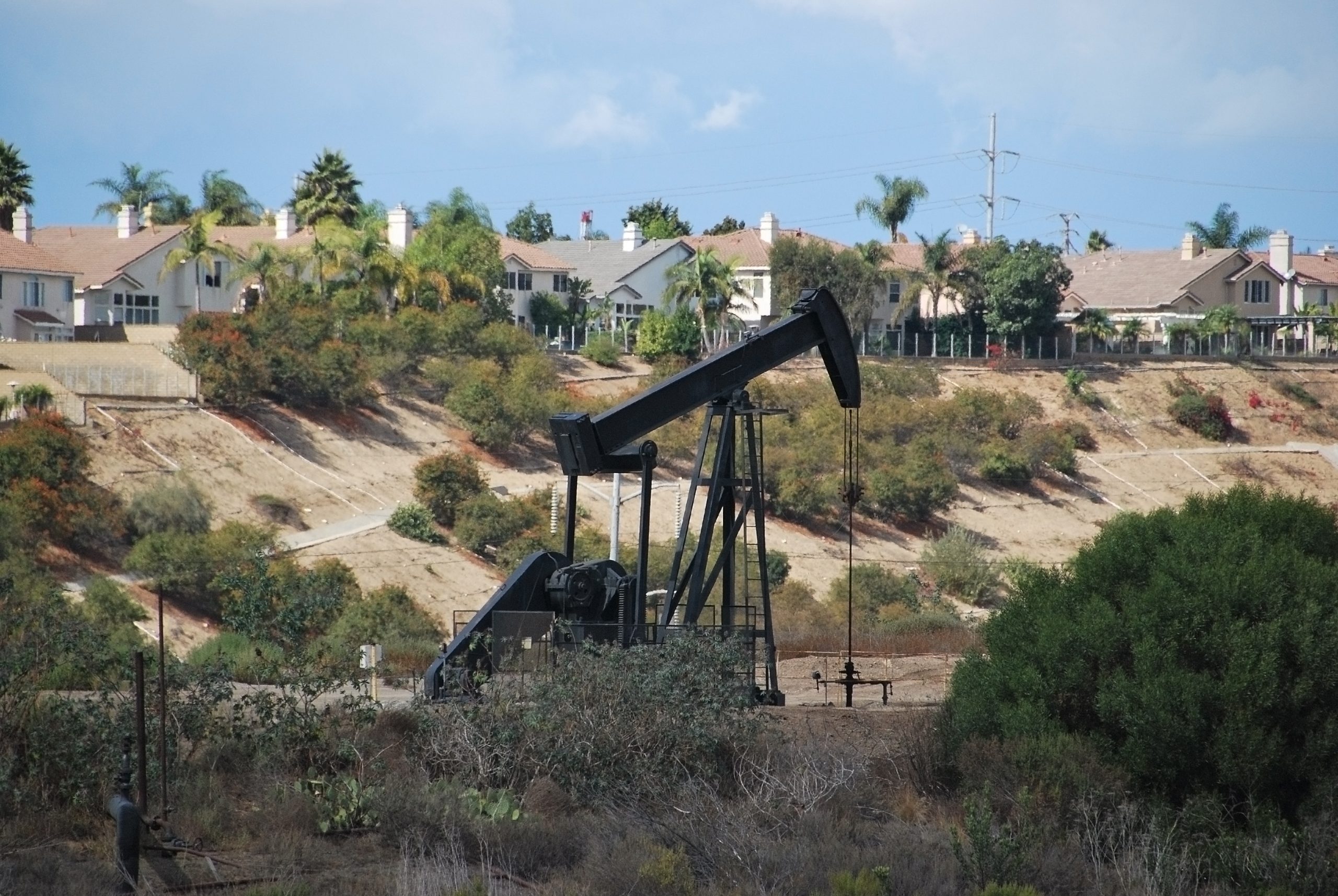 After growing up across an oil drilling site in Los Angeles, Nalleli Cobo and her many neighbors suffered from a range of illnesses including heart palpitations, headaches, and nosebleeds. Her firsthand experience of the effects of oil drilling led Nalleli to lead a campaign against the site. She has since become an internationally renowned, award-winning environmental justice activist. She shares the story of her trajectory and challenges, the importance of the ongoing struggles in which she’s engaged, the very high price she and many people in disenfranchised communities continue to pay, and how local struggles relate to the larger global fight for climate justice.

Nalleli Cobo delivered this talk at the 2021 Bioneers Conference. Watch the video of her talk here!

Of the 20 years I have been alive, I have spent 11 of them fighting for my health, safety, community and environment. Since the age of 9 I have been tirelessly advocating to end urban oil drilling and for a “just transition” away from a fossil fuel-based economic system. I have been fighting monsters: going up against the oil industry, my local archdiocese and a broken regulatory system is not a walk in the park. However, that has never mattered to me, because there’s only one thing that matters in this situation – my community.

To give you a better understanding of my struggle, I have to take you back in time. The year is 2010, I’m 9 years old, in fourth grade, living with my mom, three siblings, grandma, and great grandparents, honestly living my best 9-year-old life. One night, as I was coming home from a late-night yoga class with my sister, I was overwhelmed with this sort of guava scent, but a smell so bad I was immediately sick to my stomach and my head really hurt. Thinking it was just a random smell, I kept on walking and ignored it.

As soon as we got home, the house was quiet and seemed empty. It was pretty late and we are a big family, so that was really odd, but suddenly my mom burst into the room and told us to follow her. We then saw our entire family clustered in my sister’s room. My mom had set up an air filter there. She explained to us that the guava scent was coming from our next-door neighbor, an oil well owned by Allenco Energy, and that we all needed to sleep in that one room.

The next morning, on my usual walk to school, I stopped by the doors of the oil facility that I had passed every day and hadn’t thought much about, but this time I really stared at the big doors and the tall brick wall, and I read each sign on that wall. Behind those walls was a silent killer. I lived 30 feet from an active oil well operating on land leased to the oil company by the Archdiocese of Los Angeles.

Oil drilling releases many toxic and foul-smelling emissions harmful to human health into the air, and those sorts of facilities are also highly prone to leaks, so Allenco often used a variety of chemicals to mask the smell of oil. On different days my neighborhood, for miles on end, would smell like chocolate or citrus or guava or cherries. I began to get more and more headaches and stomach pains, and then I started to get nose bleeds so intense I couldn’t sleep in my bed. I had to sleep sitting up in a chair to prevent choking on my own blood. I started to experience body spasms so intense I had to be carried from place to place because I would freeze up. I got bad heart palpitations and had to use a heart monitor for several weeks. But it wasn’t just me or just my family—it was most of my community that was also suffering.

We were living in a “sacrifice zone,” an area where people tend to be poor and don’t know much about their rights and are too busy trying to survive day-to-day to resist. That’s where industries and governments choose to put their most polluting facilities: in the most vulnerable communities, but this time they chose the wrong community.

In January of 2011, Allenco had a leak that lasted seven days. My community filed over 300 complaints to the South Coast Air Quality Management District that week. We were constantly inhaling large quantities of toxins that whole time, but no effort was made to relocate anyone. This was really the beginning of our fight. In 2013, I helped found “People not Pozos” (note: “pozos” means “wells” in Spanish), a grassroots campaign to permanently shut down Allenco Energy. It was clear that no one was going to do it for us. It was up to us to become the experts, up to us to defend ourselves. After four years of town hall meetings, city hall hearings, door-to-door knocking, we were fortunate to have The Los Angeles Times write a story about our community efforts. That article captured the attention of U.S. Senator Barbara Boxer. She flew out and had a press conference in my community in front of Allenco, where she pleaded with Allenco to cease operations, and I’m very proud to say that as a result of all our work, Allenco has been temporarily shut down for eight years now.

But we then noticed that we weren’t the only community in Southern California being affected by oil extraction. Los Angeles is in fact the largest urban oil field in the nation. Over 580,000 Angelenos live within a quarter-mile or less of an active oil or gas well, and over 93% of that number is made up of Black, Latinx, Indigenous and other people-of-color. So STANDLA (“Stand Together Against Neighbor Drilling Los Angeles”) was born, and it has become an essential organization in the fight to end urban oil drilling. I also co-founded the South-Central Youth Leadership Coalition, which, along with Youth for Environmental Justice, sued the City of Los Angeles in 2015 for violation of CEQUA, the California Environmental Quality Act, and for environmental racism, and we won. Now when a company wants to reopen or expand a well, there’s a new, much stricter application process.

For us, this win felt monumental. We, the youth from our communities, had done that. We had taken steps to claim our future back. Often in activist work, we young people get overlooked. When I began my activism, I was often told, “You don’t know what you’re talking about, you’re only 12.” And to them, I’d say, “You’re right, I don’t know everything; I don’t fully understand everything, but I know my story. I know my community’s story and how we’ve been affected on the frontlines, and that’s what I’m going to share.” Storytelling is a very compelling form of activism. I like to think of myself as a normal young adult, the only difference is that I found my passion much sooner than most, in part because my circumstances left me no choice but to confront the threats to my life and my family’s and community’s life.

It’s what pushes me to fight so hard. I had my childhood robbed from me. While most kids were outside playing, I wasn’t allowed outside in order to limit my exposure to toxins. Not only did I have the health issues I mentioned, I also lived with constant fear and anxiety because those sorts of oil pumps operate at such high pressure that they need to be opened every 10 to 15 minutes to release pressure to prevent an explosion. We weren’t just being poisoned: we were living on top of a bomb. And they didn’t have any form of emergency evacuation plan for the surrounding community. Allenco operated in an area with nine schools nearby, and its facility even shared a wall with two of them, one of them a high school for children with disabilities!

That upbringing is what drives me to create change. I don’t want any other youth to have to experience the kind of childhood I had, so that’s why I fight. After high school, I went to Whittier College to pursue my education. I wanted to create my own major, a combination of political science, economics, international relations. I wanted to become a civil rights lawyer, work for the ACLU, establish my career in politics. I had my entire life planned, but there was one thing that wasn’t in my life plan—cancer.

On January 15, 2020, my entire world was turned upside down. I was diagnosed with Stage II cancer. I only had one question: “Can I have kids?” The doctors tearfully answered “No.” How do you tell a 19-year-old girl she may never fulfill her dreams of becoming a mother, that the five years she spent begging for medical attention went unnoticed, and that the system failed her and may cost her her life? I immediately thought of the sign I’d read a thousand times on Allenco’s wall: “Dangerous chemicals known to the State of California to cause cancer, birth defects, and reproductive harm.” That’s exactly what I had, a reproductive cancer. I knew then, that after fighting so hard for my community, I now had to fight for myself. My life was on the line.

And after three major surgeries, three rounds of chemo, six weeks of radiation, eight minor procedures, and fighting off two infections, I am very happy to say I am officially 10 months in remission. I fight because I believe everyone, whatever their age, gender, ethnicity, socio-economic status or zip code, has the right to breathe clean air. Clean air is a basic human right, and it’s not fair that it’s being denied to so many of us. I fight so urban oil drilling is something you only read about in history books. That’s why I fight and why I will continue to fight as long as I am able. Thank you.