A River of Purpose: One Woman’s Journey through a Human-Nature Landscape 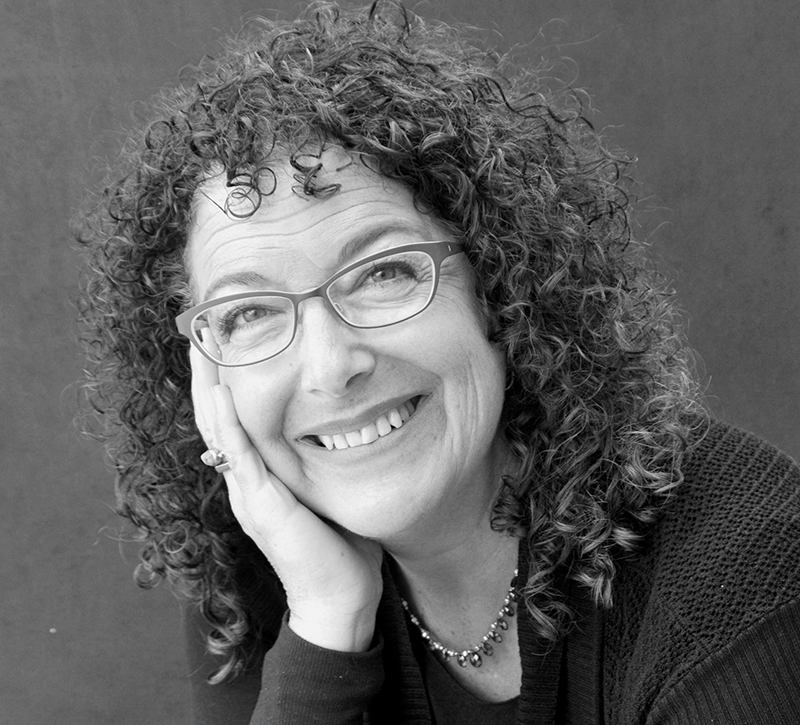 My life has been a long and windy river, with many twists and turns, and it’s led me to fall in love with many of the issues and people and passions that bring us together through Bioneers.

As a child, though I grew up in a city, nature was the place I frequented for both play and sanctuary. When I was a girl about 6 years old, I had a collection of stuffed animals that lived on my bed.

One day, after our parents’ read us Charlotte’s Web, I piled them into shopping bags and took them to the park. There, I set each of them carefully into their own nook within a huge tree, returning them to nature, to be free among their own kind. I came home to an empty bed, happy with what I’d done.

Reflecting upon my life now, I realize that in a way, my purpose is still to return my animals to the wild.

I understand purpose as what happens when my own particular loves, commitments and talents converge with a need for reinvention in the world.

My life has been a long and windy river, with many twists and turns, and it’s led me to fall in love with many of the issues and people and passions that bring us together through Bioneers.

I realize now that I have felt most fulfilled and effective when I have allowed myself to fall in love, letting my heart, mind and hands converge in commitment to a people, a creature, a place or a challenge.

We tend to think of love as a personal, intimate thing, but it can also be far more expansive. Cornel West said “justice is love made public.” For me, Earth and Justice have become twin loves, inter-related and entwined.

As the daughter of artists, at first I assumed that it was through collaborative art-making that I’d make my contribution to the world.

After college, I worked for a theater company, managed restaurants and studied with a school for consciousness called Arica.

When I met Kenny, my yearning for self-expression, for cultural healing and to contribute to the common good took a radical turn. He was finishing a film about the politics of cancer therapies. About an herbal treatment and two conflicting visions of medicine.

As I learned about the growing number of cancer patients, and their lack of access to good information or options, I became passionate about helping address that gap. I worked with him to complete and market the film. I discovered I was good at communicating to advance ideas I cared deeply about.

Then, my life’s current took another surprising turn in an organic, biodiverse garden in Southern New Mexico.

That abundant Eden was full of thousands of unusual kinds of food and herb plants growing in close relationship to each other, a dazzling spectrum of colors and forms, scents and flavors.

In that garden, my senses danced in exuberance at it’s beauty, deliciousness and sensual fertility.

That ecstatic experience became an irresistible call to work on behalf of nature and biodiversity.

I learned about the rapid and accelerating loss of thousands of heirloom and traditional varieties in our food system. I discovered the horrors of factory farming and the dangers of GMOs.

I was overjoyed to be able, in some small way, to serve the sacred diversity of life on Earth, joining the company that Kenny and Gabriel Howearth, the creator of that garden, founded – that became Seeds of Change.

I embarked on two steep learning curves – one about food and farming and being a social entrepreneur and the other – about leadership, Indigenous wisdom, and how to collaborate, design, invent, educate and organize on behalf of the sacred web of life on Earth.

In 1992, to recognize the 500th anniversary of Columbus’ landing on Turtle Island, we assembled a group of indigenous leaders – people from New Mexico’s ‘legacy communities’ – to discuss what could be learned.

A man from Acoma Pueblo, named Petuuche Gilbert said “500 years ago you came, and we welcomed you with open arms. If you came again today, we would do exactly the same.”

I was humbled, awed and shaken by his words. I sensed how much wisdom his culture carried about forgiveness and patience and generosity, about how to be a good person.

And also about survival. Native growers knew about dryland agriculture, about seed breeding and nutrition. About how to live in kinship, reciprocal relationship, and relate to all life as sacred.

Indigenous Peoples’ capacity for cultural preservation, despite the ravages of colonization, their traditional ecological knowledge, and their ways of learning and practicing right relationship became touchstones of my worldview.

It wasn’t till I approached forty, fifteen years ago, that I began exploring my identity as a woman.

When I learned about the period in European history – between the 14th and 17th centuries, a time some refer to as The Burning Times – a root cause of centuries of gender biases were illuminated in my mind’s eye.

I discovered that seven generations of children saw their mothers, grandmothers, aunties and sisters tortured and burned for the supposed crime of being witches. Seven generations of men lost their loved ones, daughters, healers and hospice workers.

During that time, the culture also sustained deep losses. The structural institutions of healing and spirituality were systematically shifted from the purview of women to the primary control and leadership of men. Land use transferred from a commons to a privatized, enclosure system, and a tremendous transfer of wealth occurred, from women to men.

I realized that what I came to call “The Hidden Holocaust of Women” lives on in my cellular memory and insidiously permeates our society, institutions and collective psyche.

At this point, all of the issues I’d become passionate about through Bioneers began to make sense within a single lens: the imbalance of ‘masculine’ values and a zero-sum relationship to competition, hierarchy and power over ‘feminine’ values and the equity of women.

Personally, I observed how long I’d held myself back, making myself small in response to unexplored fears and unconsciously-adopted stories.

Once I recognized the pervasive gender bias and disadvantage that I’ve experienced just from being born female, I wondered more deeply about racial injustice, especially for women of color.

What I learned about our racialized culture and the ways it impacts people I love shocked me.

What shocked me most was to begin to see my own prior ignorance, denial and complicity.

As I challenged myself to face the truth about my own life, and to begin to take risks in speaking out about what I saw, it triggered a well of fear so deep that it surprised me.

But a new dignity emerged from facing my own fears while co-facilitating our Cultivating Women’s Leadership Leadership intensives. I found friendships with women I admired, women of other origins, women I might have felt estranged and distant from before. I found a new ease of expression with them, and therefore with myself.

I’m still working to shed my ignorance, guilt and shame, and to recover more promptly when I do make mistakes or harbor false assumptions. I try to bring a yearning for connection, respect, and a desire and willingness to learn.

Now, a desire to integrate all of these passions has accelerated and converged into a waterfall within me.

Climate uncertainty has re-emerged as a context that engulfs all of my heart’s loves: art, healing, biodiversity, environmental justice, indigenous knowledge and legacy communities, women’s leadership and racial justice. Challenging our selves to courageously reveal our vulnerabilities. What doesn’t it touch?

But I find that feeling this much love also involves feeling a lot of pain.

Recently, I heard a song that was once my favorite one for skiing. I used to dance down mountains, gleefully, with headphones on, listening to The Talking Heads’ Burning Down the House, blaring. This time, noting the apparent obliviousness or intentional denial of so many among us, I didn’t know whether to burst out laughing in irony, or start sobbing, with grief that threatens to never end.

On a tiny plane flying into the Ecuadorian rain forest, I sensed how sacred that place’s wild existence is to us all, not only in terms of cultural and biological diversity, but also spiritually.

And I still feel outraged when I see the inhibiting impacts our masculinized culture has in keeping wise, strong and skillful women small, timid and quiet.

A burning desire to serve the emergence of a new world that celebrates and engages with the mystery of life with humility, listening and grace, ignites me. My heart is calling me to find new ways to engage with transforming our ways of living and being, with story and climate and energy – in defense of all I hold so dear.

This is my prayer: May we remember ourselves as trees, elk, ocean, dolphin, winds and crow.

May we slow down enough to attend to the mystery, to hear with humility and receptivity

May we cultivate our relational intelligence and community resilience –

Listening deeply and collectively with hearts, bodies and spirits fully engaged to help us to reconnect and rebound after crisis through love and co-creativity.

I think the world my heart desires is emerging from the inside, out – it’s forming within the invisible darkness of our imaginal cells – growing from the dance of Gaia’s ancient wisdom with our collective dreams, so that the world that created us, and the world we create may come together as one.

Bioneers is a time for us to enter an eddy in the river, to imagine how to navigate the rapids ahead, and consider together how we might best proceed.

We can hold this daunting awareness of the disruptions to come and their cascading impacts while maintaining a sense of joy in our connection and forward motion by taking one step at a time. By knowing we are heading for a changed world, and acting to head toward a future that’s also loving, peaceful and just. By encouraging and appreciating each person, place and creature’s beauty, mystery and inherent value.

I believe we’re all called to be mothers now, since we all have masculine and feminine within us. To be protectors, and nurturers, hospice workers and caregivers, and engaged activists.

In service to a love that’s simultaneously intimate and inclusive, in defense of our one and only shared home.

Thank you for being here.