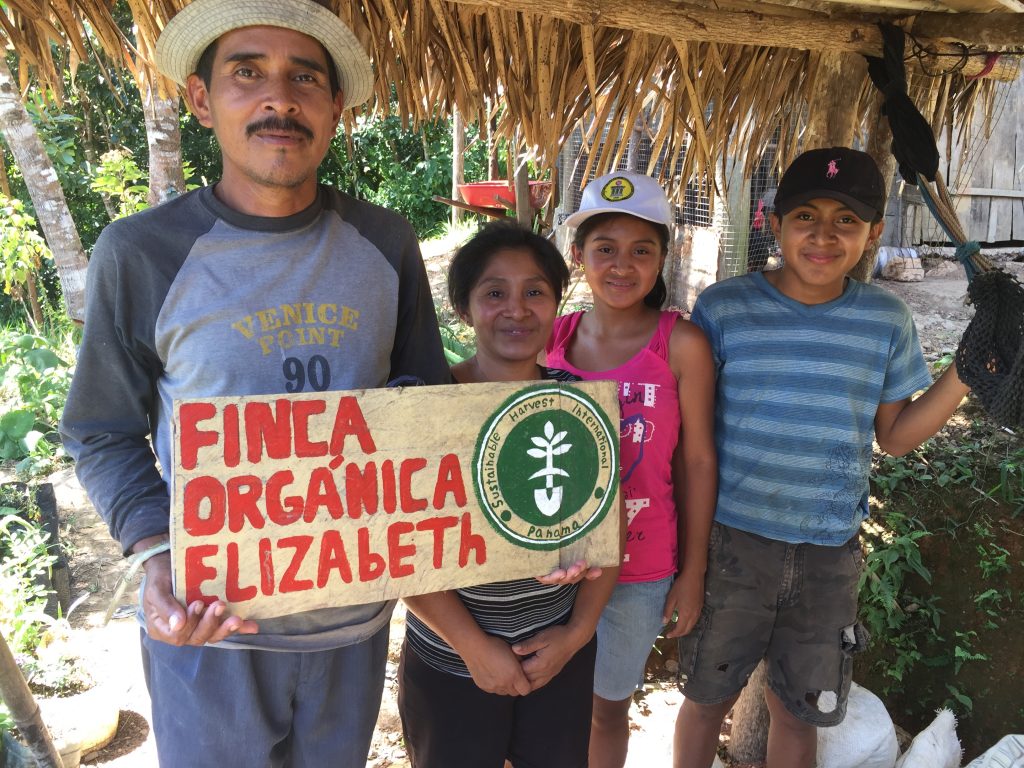 “I have an 11-year-old son, and I tell him to hold his breath when we drive past banana plantations in Central America,” explained Florence Reed to the Bioneers audience.

“The smell of the pesticides that hangs in the air around the banana plantations, just smells like death to me. I worry for my son. I worry more for all of the workers who are on those plantations and exposed to those poisons every day, and I worry for the broader environment and the impact this has on all of us…I’ve met farmers who have lost their friends who have died from exposure to these chemicals, whose children have been born with birth defects.”

As dreadful as the impacts of industrial agriculture are, it’s not the only farming system that causes harm–200 to 500 million mostly poor farmers worldwide practice slash-and-burn agriculture, which has been used for thousands of years and is associated with greenhouse gas emissions, air pollution, soil fertility exhaustion and deforestation.

Agroecology offers a healthier and effective alternative to those degenerative systems. The UN Food and Agriculture Organization (FAO) says that an agroecosystem should mimic the functioning of local ecosystems by cycling nutrients, having a highly-biodiverse complex-structure within a network of cooperative exchange of energy and resources, and is powered predominately by solar energy (photosynthesis) with the goal of creating an agricultural ecosystem that is flexible, resilient and dynamic. These principles are adapted to local ecological and social systems.

“Agroecology is farming with nature as opposed to against it,” says Steve Brescia of Groundswell. “It focuses on strengthening farmer knowledge and innovation to lead that process, and using nature’s biological processes as opposed to chemical and external inputs.” Groundswell supports farmer-led learning and innovations working with thousands of small farmers in Africa, Latin America and South Asia to improve farming practices, and help spread local strategies.

After serving in the Peace Corps in Panama where she witnessed environmental degradation of tropical forests that were slashed and burned, Florence Reed founded Sustainable Harvest International (SHI), which works with 3000 farmers, to address poverty, ecosystem destruction and food security in Central America.

SHI works to transition struggling farmers who work for $6 per day under terrible conditions to agroecology practices like composting, cover crops, erosion control, and a variety of other practices that build organic matter and store carbon in the soil.

Reed shared the story of Santos Lorenzo and Maria Hernandez, one of the families in Panama that SHI works with. “When Santos was growing up, his family grew only two or three crops, now they’re growing 20 or 30 different crops, a variety of fruit trees, pineapples, yams, and other vegetables. They used to grow rice on burnt hillsides, now they grow it in a paddy incorporating organic material and are producing eight times more rice by using practices that are better for the environment. By adopting agroecological methods, they produce more than enough to feed their family well. They’re not suffering from malnutrition anymore. They grow more than they need and sell the extra for income. Their kids, who originally wanted to leave the impoverished and toxic conditions of the farm, now are studying agriculture so they can continue the family farming tradition.”

Miguel Alteri, renowned agroecology expert from UC Berkley, says, “industrial agriculture occupies about 80% of the 1.5 billion hectares [of global cropland], using homogenous monocultures and very high-input technology that is having a huge ecological footprint on the planet from contamination of water, biodiversity loss, human health impacts, soil losses, and air emissions. The conventional food system, which is very vulnerable to climate change, produces about 40% of the greenhouse gases that are causing climate change.

“We could be feeding ourselves with about 250 different plant species, but actually only three crops provide more than 50% of the human food that we’re eating globally, those are rice, corn, and wheat. It’s not because we all love rice and wheat and corn. It’s because there’s a corporate system that is promoting these crops in a large scale.”

“Six decades of enormous waves of agricultural science and innovation did not solve the problems of hunger or world poverty. We need to abandon the models that are incapable of ensuring respect for the poor and the environment.

“The agriculture of the future has to de-couple from fossil fuel dependence. Agricultural systems have to be low-environmental impact, nature-friendly, and resilient to climate change. They have to be multi-functional by not only producing food, but also by producing ecological services, social services, and maintaining cultural traditions; they have to provide the foundation of the local food systems. That is a very important step that, first, people have to be food secure, and then they can get involved in the market.”

According to Miguel, small peasant farmers around the world are stewarding almost 2 million crop varieties compared to roughly 7,000 varieties created by the Green Revolution, the industrial system of high-yielding hybrid and GE crops that are dependent on toxic chemical inputs and cause environmental destruction and undermine food sovereignty.

“Agroecology is a science that promotes traditional wisdom and local knowledge in conjunction with some of the science of the West: ecology, agronomy, sociology, biological control, etc.

“Social movements now have taken agroecology as an important flag in their promotion of food sovereignty.Via Campesina have very strong political power. They see agroecology as a key form of resistance to an economic system that puts profits before life.”

Globally about 200 billion people are hungry or malnourished. A majority of the world’s population that suffers from hunger are small farmers in the Global South. Agroecology offers a solution to the economic plight of small farmers and the environmental devastation of industrial agriculture and slash and burn practices.

Organizations like Groundswell and Sustainable Harvest International are empowering rural people to become good stewards of working landscapes while helping them rise above poverty.