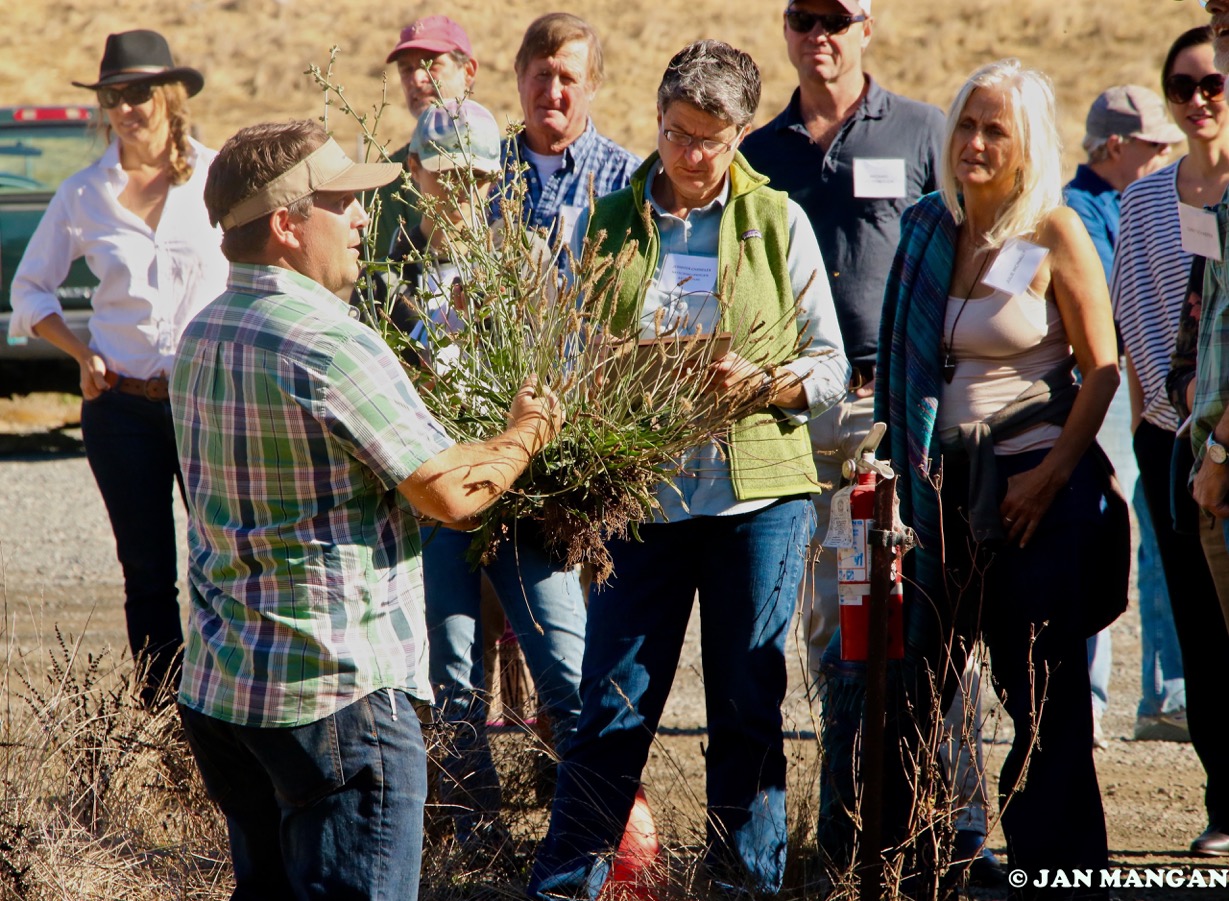 Life is complicated. But the source of life is rather simple—sunlight. We can thank the brilliant evolution of the plant kingdom for being uniquely able to turn sunlight into nutrition for its own sustenance, to feed the symbiotic soil microfauna and ultimately to sacrifice themselves to feed animals and people.

There is a magnificent and logical dynamic to nature as is expressed in this Aldo Leopold quote, “Land is not merely soil, it is a fountain of energy flowing through a circuit of soils, plants and animals.” From a biomimicry perspective, humanity’s efforts would be better focused on understanding the way of nature and designing how we can mimic such brilliance to meet the needs of society without sacrificing the future.

It is astounding how the industrial food system has ignored nature’s evolved wisdom and pushed ecological harmony to the brink, driven by greed, control, and a disregard for other species. The immune response to that pathology comes in the form of ecological agriculture and local food systems. People are making the connection between what they put in their mouths and how that promotes or degenerates human health. But to take it one important step further, we need to understand how what we eat affects our most precious inheritance, the natural environment. Can we eat in a way that can help restore the resources—air, water, soil, biodiversity—that agriculture is dependent on?

That is the question that the Bioneers Restorative Food Systems Program (RFS) works to answer by promoting exemplary models of ecological agriculture and showing how creative visionary people have rolled up their sleeves and put into operation food systems that are ecologically regenerative, equitable and healthy.

At the 2017 Bioneers conference a number of creative visionaries shared their work and breakthrough ideas on how to restructure the dominant exploitive food system to one that is healthy, climate and environmentally friendly, and serves people over profits.

In the International Agroecology workshop, Florence Reed, founder of Sustainable Harvest International (SHI), shared how SHI transitions slash and burn farmers in Central America to organic and agroecology methods. 200–500 million mostly-poor farmers worldwide practice slash and burn agriculture, which has been used for thousands of years and is associated with greenhouse gas emissions and air and water pollution. SHI has helped farmers heal local ecosystems, increase biodiversity and has given subsistence farmers a significant boost in income.

The Downtown Eastside of Vancouver—the poorest zip code in Canada, rife with prostitution, rampant drug abuse, AIDS and mental illness—is where master farmer Michael Ableman has developed the largest urban farm in North America, a total of thirteen acres, including a one-acre mixed orchard, that supplies top Vancouver restaurants while providing honorable work for down-and-out people trying to overcome severe challenges. Michael’s mix of social entrepreneurship teaches homeless folks the skills to grow gourmet organic vegetables while he maintains a level of compassion. If a worker doesn’t show up for a week due to their addiction, the question when they return is not “where were you” but rather “how are you?”

I’ve long been an admirer of permaculture, but had been unable to find a scaled-up permaculture agricultural production model until I met Mark Shephard. Mark has “redesigned agriculture in nature’s image” by developing silvo-pasture and a perennial polyculture agro-forest that creates fertility, sequesters carbon and ecologically restores his 106 acres and the surrounding ecosystem.

The generosity of plants is evident by their abundant reproductive gift of seeds, which have been stewarded for millennia by small farmers and placed into the public domain to benefit all humanity. But the leviathans of agribusiness want to monopolize the essence of life and treat it mechanistically by altering its genes in risky ways.

The Seed Exchange at Bioneers brings together hundreds of grass-root seed savers to promote the tradition of seed stewardship and sharing, and to respect the fact that, as Seed Exchange host Emigdio Ballon, Director of the Tesuque Tribal Farm, says, “Seeds are alive.”

What do seeds sunshine, plants and photosynthesis have in common? Many things actually, but one critical cohort is carbon. Carbon is the building block of life and yet, due to modern western culture’s hubris, it has been perilously mismanaged presenting humanity’s most epic challenge—how can we stabilize a dangerously out-of-whack climate? As permaculturists like to say, the problem is the solution.

John Wick and Calla Rose Ostrander of The Marin Carbon Project, at a Bioneers keynote presentation, shared how they, with the help of local ranchers and UC Berkeley researchers, are learning about the enormous potential to sequester carbon from the atmosphere, where it is creating climate chaos, and store it the soil where it has multiple benefits—like water retention for drought resistance, increased fertility and better yields. The math is favorable, soil, which has lost enormous quantities of carbon due to industrial farming practices, has a carbon deficit and therefore an immense capacity to sequester and hold carbon and if done on a massive global scale could help turn the clock back on climate change.

This is so profound that the RFS program produced a one-day intensive focused on carbon farming at the Stemple Creek Ranch in Marin where a carbon farming plan is being implemented. We heard from ranchers, food system activists, policy advocates and researchers on the latest findings and best practices of using carbon as an organizing principle to produce food, restore local ecosystems and mitigate global climate change.

These are some of the inspiring, practical examples of how creatively working with nature can build a restorative food system that can nourish people and create a healthy and ecologically harmonious environment.

In order to keep Bioneers’ Restorative Food Systems Program alive and thriving, we rely on the generous support of our community. Please consider helping us get a jump start on the new year.