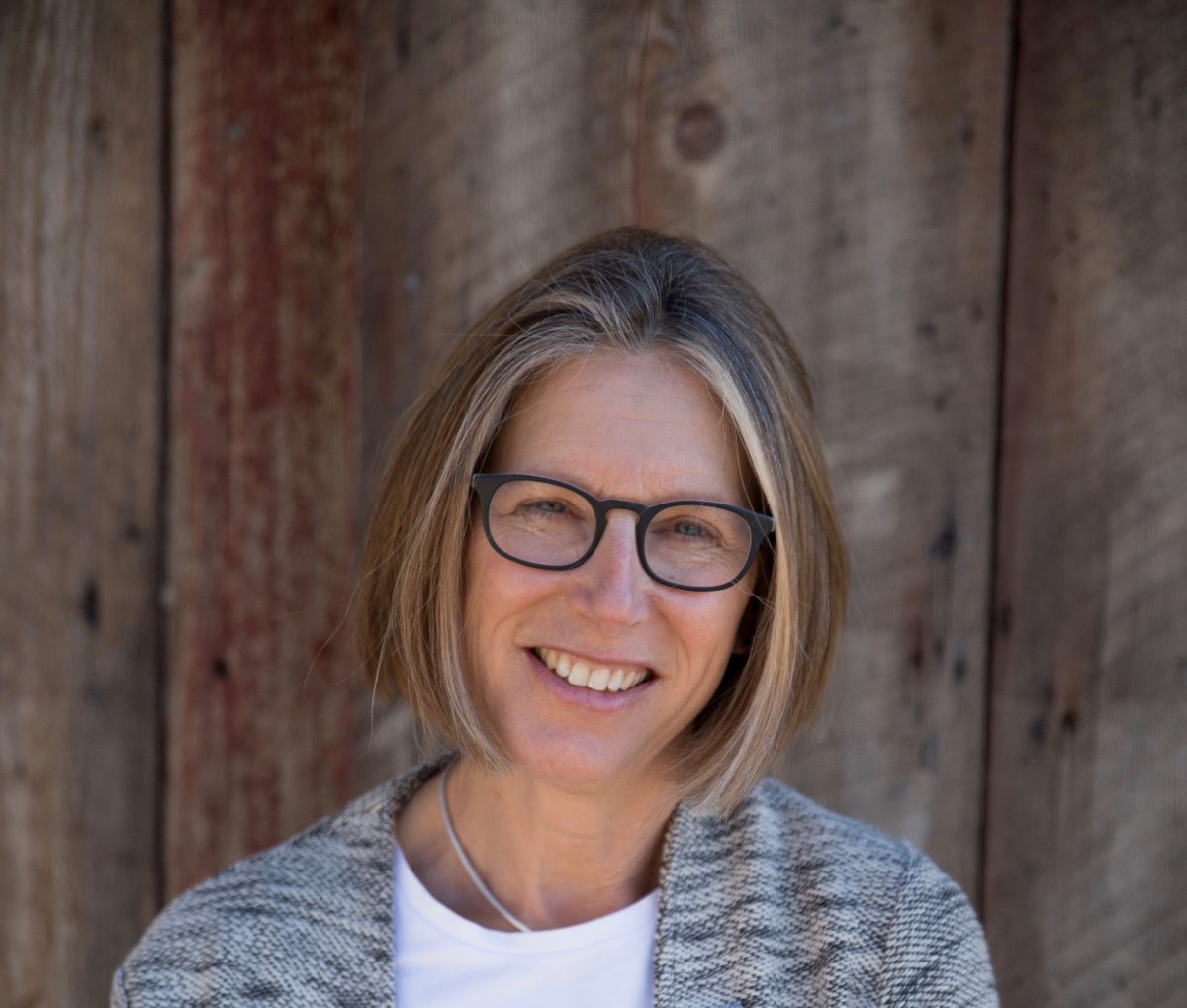 Dr. Whendee Silver is Professor of Ecosystem Ecology in the Department of Environmental Science, Policy and Management at the University of California, Berkeley. She is researching the biogeochemical effects of climate change and human impacts on the environment, and the potential for mitigating these effects. Dr. Silver is conducting research for The Marin Carbon Project.

It’s getting warmer and we know why. It’s warming because carbon dioxide and the other greenhouse gases that we emit through our everyday activities are collecting in the atmosphere and re-radiating heat down to the planet. They’re trapping heat and creating the greenhouse effect.

The Intergovernmental Panel on Climate Change (IPCC) in their 2014 report stated that we need to figure out a way to pull CO2 out of the atmosphere in addition to reducing emissions. You have to do both.

The IPCC 2014 report said that a large fraction of anthropogenic climate change resulting from CO2 emissions is irreversible on a multi-century to millennial time scale. We’ve already passed a threshold, except in the case of a large net removal of CO2 from the atmosphere over a sustained period. So emissions reduction isn’t enough. We have to couple it with carbon uptake from the atmosphere.

Soil carbon holds tremendous potential to take some of that excess carbon out of the atmosphere and put it in a place where it could be stored, not just stored, but also do some good because when we manage soils for increased carbon content, we’re also increasing soil organic matter.

Our research is trying to understand the potential of increased organic matter. We want to understand whether or not it is an activity that is not only good management of ranches, but also good for climate change mitigation. Our goal was to answer the question, “Can soil carbon sequestration actually affect global temperatures?”

We found that theoretically and technically, current management could sequester enough carbon to reduce temperatures by .3 degrees Celsius, which was three times more than the baseline target that we were aiming for by 2100. Using all of the possible management practices that exist, the maximum we could reach is almost 2 petagrams of carbon that we could get into the soil per year [1 petagram = 1 billion tonnes].

The analysis we looked at included grazing, changing from tillage to no till, ands some irrigation practices. It didn’t include soil amendments, because there was no global scale assessment of that. I actually hope to do such an assessment over the next year, because it’s really needed.

What lands are available for this? We picked grasslands because they hold a lot of potential. The majority of grasslands are heavily degraded and are very widely distributed. They cover a third of the U.S. land area, a third of the global land surface, and 23 million hectares of grasslands in California make up almost 40% of the state’s land area. It was locally relevant for me, being at U.C. Berkeley, and it was nationally and globally relevant. These ecosystems have tremendous potential to sequester carbon because grasses are looking for water.

All grasslands occur in places where there’s a drought during some part of the year. The plants are pre-programmed via evolution to put a lot of carbon down into roots, and any time there is root growth, you increase the potential to store carbon in that soil.

We found that amendments of livestock manure, which is a very common practice in California, increase carbon dramatically–50 metric tons of carbon per hectare.

This sounds exciting except that cattle manure is a really big source of greenhouse gas, especially when it’s stored in piles or in slurry ponds. In fact, EPA data shows that manure management is equivalent to coal mining in terms of methane emissions. Methane is a very potent greenhouse gas, and manure greenhouse gas emissions are equivalent to mobile combustion emissions of nitrous oxide out of your tail pipes. Nitrous oxide is 300 times more potent per molecule as CO2 over 100 years.

We did additional field sampling on dairies and used computer simulation models to assess whether or not future emissions from livestock management would be balanced by soil carbon sequestration.

Grazing alone and the manure that’s deposited via grazing produce some nitrous oxide emissions. That’s just background condition. Cows emit methane. These are things that we can’t avoid in a grazing system. But when you apply manure, you actually get a lot more emissions of nitrous oxide, a super potent greenhouse gas. Over time, the soil carbon sequestration begins to stabilize, and the net effect is really high emissions, primarily nitrous oxide emissions from the manured system.

That’s why we turned to compost, because composting that material actually decreases emissions. Now we’re measuring greenhouse gas emissions from the composting process, and it appears that it leads to relatively low emissions if done well.

When we apply the compost on the field, we find very low greenhouse gas emissions. That was a surprise. Compost is hard for microbes to break down, but it does leak a little bit out over time, and increases plant growth. In fact, from a one-time application, it increased plant growth for many years.

With a one-time compost application in 2008, right after the rains came, we saw that the compost sites were greening up faster than the other sites. That compost appears to be staying in the soil.

We see an increase in soil carbon, which is not a big surprise until you realize that we sorted the compost fragments out of the soil samples before we analyzed them. So most of this is likely to be new carbon from plant photosynthesis. We see the increase in growth that leads to an increase in soil carbon, and when we add it all up, we get about 3 metric tons of carbon per hectare over 3 years, or about a metric ton of carbon per hectare per year.

Through collaboration and funding from the State of California, we have now added another component to look at how stable this carbon will be and what the impacts will be with future climate change predictions. We’re using climate models now with our biogeochemical model.

The first sites that we’ve modeled are in Mendocino and Santa Barbara. Mendocino is a wetter site and Santa Barbara is the drier site. What we found is a one-time application of compost in both the optimistic emissions-reduction scenario and the realistic emissions-reduction scenario shows that by 2100 we are still sequestering carbon in those grasslands, in the dry site and in the wet site.

All carbon sequestration has the potential to contribute to climate change mitigation at a global scale. Compost application holds considerable promise as a carbon sequestration approach with many co-benefits. This is good management. This approach is scalable and increases resilience of ecosystems in the face of climate change. This is what our ranchers and farmers really need, so we should be doing it for that reason alone.

We’re finishing the sample analysis and modeling for the NRCS [National Resource Conservation Service] field trials, and I hope to come up with a snapshot of the State of California that other states and maybe even other countries can use to start promoting these practices. We’re really interested in food waste composting and land application, because this is a free carbon source that’s not being fully utilized, and right now is a high-emitting source. If we can get food waste out of the landfills and into compost, we could potentially do even better.

We’re doing life cycle assessment modeling, which may answer the questions: What about alternative uses of that waste? How does anaerobic biodigestion compare with aerobic composting?

We’re also looking into what happens if that waste goes into energy production.