Conservation You Can Taste: An Interview with Gary Nabhan 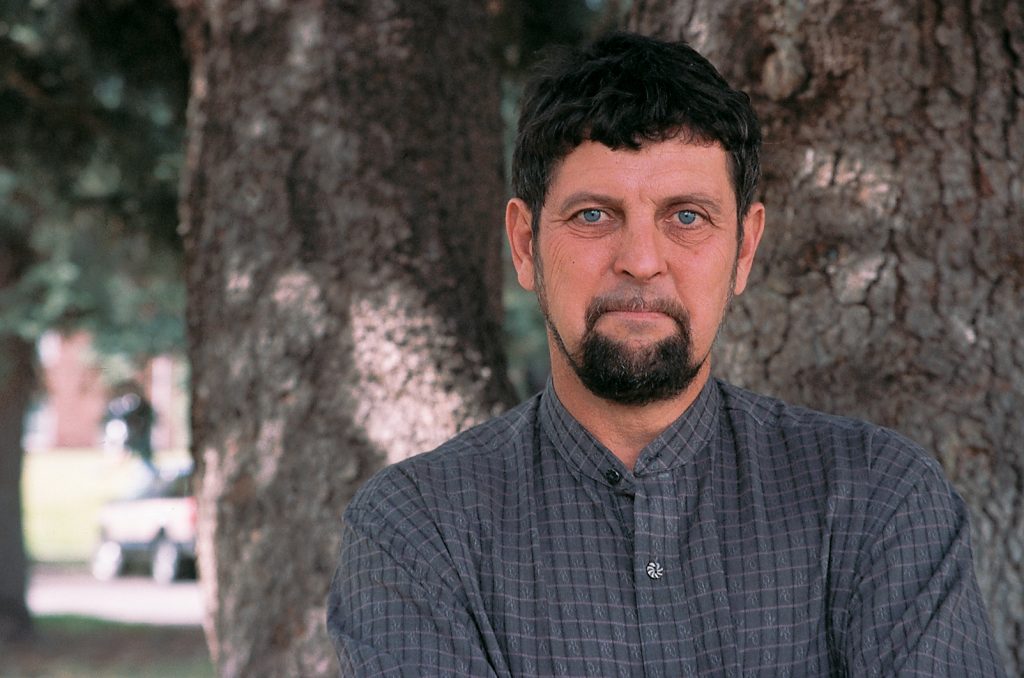 Gary Nabhan is an ethnobotanist and author focused on the confluence of cultural and biological diversity. His innovative writings and pioneering projects have raised awareness of the economic and social benefits, as well as the culinary pleasures of local food. He currently serves as the Chair in Southwest Boderlands Food and Water Security at the University of Arizona.

Arty Mangan, Director of Restorative Food Systems for Bioneers, spoke with Gary Nabhan about his work, his perspective on hope and resilience in the current political climate and how collaborative cross-cultural work in local food systems has the potential to bring people together.

ARTY: In the current discouraging political climate, what do you see in your work that is cause for optimism?

GARY: There’s a hidden part of the conservation movement that few people recognize its magnitude even though they’re part of it. It’s the community-based collaborations that are rebuilding our food-producing capacity. Dollar for dollar in the history of American conservation, it’s probably the best investment in terms of its return with regard to social, nutritional and ecological benefits of any investment we’ve ever made in biological conservation in the United States. The restoration of our food-producing capacity by diversifying the number of foods in our food system is helping to heal the habitats that produce our foods and is engaging a wider, more diverse group of people in our local food systems.

60% of all American farmers and ranchers are involved in wildlife habitat restoration on their lands, and yet we never think of them as part of the conservation movement the way some people define it. At the same time, we have urban projects like the work in Detroit that are literally taking thousands of acres in blighted cities and bringing them back not just into food production, but into places where wildlife wants to hang out and where people want to hang out.

We’ve increased the number of foods being grown in the North American food system to over 30,000 edible plant species of heirloom vegetables and grains and culinary herbs and legumes and fruit trees and rare livestock breeds, many of which 25-50 years ago were considered obsolete and on their way out of the food system. We’re bringing back Navajo churro sheep and bison, and camas lilies in the Northwest, and sturgeon species in the Great Lakes and on the Eastern seaboard, wild rice, and many, many kinds of wild as well as cultivated food species. That’s what I call a conservation you can taste.

Rather than locking the species up and protecting them from people, we have the participation of diverse cultures, races, economic classes, faith-based communities, and people of different ideologies and political persuasions all collaborating. There’s basically nothing else in the American media that we can see where people are collaborating across the aisle, across cultures and races, at this point in time.

So, on the outset, it looks like our nation is more divided than ever before, perhaps since the Civil War, and yet if you drop down to the community level, we see black Baptist Christians and Arab Muslims in the Detroit area collaborating on community gardens. We see an organic farm in the midst of Ferguson, Missouri that’s become the sanctuary where white and black families from Ferguson came together during that time of stress and catastrophe in their community. These cross-cultural projects that are rebuilding our foodsheds and bringing food security to more people are sanctuaries for healing the wounds that have occurred in our communities, and they’re bridging the divides between urban and rural and people of different faiths, races, and cultures.

ARTY: The food systems work that you and your community are doing in Tucson has been acknowledged by UNESCO.

GARY: Tucson, my home town for the most of the last 30 years, was really hit hard by the economic recession in 2008. We just had the balloon mortgage scandal that knocked out 20,000 jobs in Arizona in one week a year or two before the 2008 recession. So, we were hit by a double whammy that meant that we had higher levels of poverty, unemployment and food insecurity than ever before.

The federal government didn’t step in. The state government certainly didn’t step in. There were a lot of nonprofits and grassroots alliances that began to work on dealing with both the symptoms and the causes of the food insecurity levels that skyrocketed, even as we had many people innovating for reasons other than just working on food security. We had the kind of work that you were doing with Peter Warshall [the Dreaming New Mexico project], looking at resilient regional food systems in New Mexico that was informing what we were doing in Arizona.

We had Brad Lancaster and all the water harvesting people working on amazing solutions to use water off the streets to reduce the urban heat island effect and grow more food in the city. We had one of the most creative community food banks in the country, the Community Food Bank of Southern Arizona, that was forging an alliance nationally, called Closing the Hunger Gap, to reward food banks not for feeding longer and longer lines of hungry people, but reducing those lines by creating livelihoods.

There was a lot of innovation going on in Tucson out of necessity to feed our people and create livelihoods. Rather than saying we should get a UNESCO City of Food Cultures designation because we’ve solved our problems, we said, “Look at us as a living laboratory where we’re working toward solutions, and being designated as one of the United Nations Creative Cities network would help.”

Fourteen nonprofit organizations and a dozen businesses have helped bring over 2,000 varieties of annual food crop species – vegetables, legumes, grains, and culinary herbs – back into local availability for free through our seed libraries and public libraries, or at discounted prices at farmers’ markets and other venues because of the use of EBT cards for SNAP benefits, so that well over 2,000 kinds of garden plants can now be accessed by low-income families for free or for reduced cost.

About 200 kinds of fruit, nut and berry varieties are being grown in Tucson, and they are scion and cuttings and bulbs being shared, about 70 species of food plants, and many of those are being donated by nonprofits like Trees for Tucson to low-income neighborhoods, to prisons or to school and community gardens, or bike trails, where people who are on the street have access to fruits even when they’ve just stumbled into town and don’t know where all the resources are. And because of Desert Survivors Nursery and Desert Harvesters that Barbara Rose, Amy Schwemm and Brad Lancaster have fostered over many years, we have this revival of native wild plant foods in value-added products being sold at farmers markets and being propagated in yards with the harvested water that is coming off the streets.

It’s democratizing the access to affordable food biodiversity, which is of course only one component of dealing with food insecurity, but it’s providing such a strong base and pride within our community that within the last three years we’ve seen 140 different value-added food and beverage products locally marketed from home-processed, home-grown or wild-harvested products with about 45 new micro-enterprises developing in Tucson, a third of them that didn’t exist before we got this designation.

As a result, we’re finally seeing a drop in the number of low-income households in Tucson because the food micro-enterprises are creating new jobs, and the food sector of our economy is the only part that’s improved. Tucson has gotten over $30 million of free publicity from magazines, newspapers, radio, TV, and social media since the designation that’s fueling interest both in the community and beyond about seeing Tucson as this wonderful living laboratory for innovation.