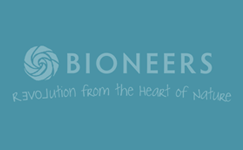 If you want to succeed in farming today, be prepared to spend your time not outside in the field, but behind a panel of computer screens. So says Quentin Hardy’s recent article in the New York Times (“Working the Land and the Data,” November 30, 2014).

Hardy claims that the future of our farms here in America lies in scaling up – that automation and data management technologies owned by the biggest agricultural corporations in the world (Monsanto, John Deere, DuPont Pioneer) make or break farmers today. He promotes a top-down, big-data argument that follows the logic of monopoly. Farmers must adopt the technology and methodology of the big players as the only pathway to success in a big-boy business with ever-tighter profit margins.

The implication is that only the biggest farms can afford to play, and only highly capitalized mega-scale operations will be viable in the future.  Hardy notes that these advancements make the once backbreaking work of farming much easier for the “modern day” farmer, who sits comfortably at a computer screen while his robotic tractors drive themselves. He barely mentions what is actually being grown by the farmers he profiles – that would be corn and soybeans, all of which will be used as raw material for animal feed, ethanol and highly processed junk food.  The logic of our agricultural production system (and its substantial government subsidies) tells farmers to grow crops that do little to healthfully feed people.

Hardy fails to discuss an alternative farm technology revolution quietly taking place – that of the small farmer. It is possible to “make farming easier” without imposing a food system that makes us sick, pollutes our water and land, and drives our neighbors out of business.

As small farmers with diverse farming systems, we choose new technology when it is appropriate and serves our needs, but also remember and respect time-tested farming knowledge and tools, as well as the efficiency and logic of natural systems. We might automate our rollup greenhouse vents with an arduino sensor to ensure that our seedlings don’t melt on a hot afternoon, shell our corn with a 100 year-old Black Hawk corn sheller, and spread compost made from cow poop on our soils and trust the earthworms and soil microorganisms to do the rest.

This movement is manifest in Farm Hack, a network and online platform for farmers to collaborate, share and build tools they need for success. Farm Hack supports technology development that is open-source; complete tool designs are shared freely by network members for use by others. It is non-competitive innovation, from something as simple as a wheel hoe to a mobile biodiesel processing trailer. This is technology built by independent farmers, engineers, hackers and fabricators, not by multi-national corporations that already control access to seeds, fertilizers and equipment, and whose sole motivations are their own bottom lines.

On our small farms we are not looking backwards with naïve nostalgia, nor are we left out of a Big Data-driven technological wave of the future. The already vertically integrated agribusiness sector should not control the destiny of our farms, our natural resources and our food supply.  Even the Farm Bureau, usually reliable as a mouthpiece and go-along partner of industrial agriculture, has cried out to protest that farmers’ harvest and other data would be ” owned” and accessible to Monsanto and other companies.

It matters which future we choose to pursue, and what percentage of our land comes under which kind of stewardship. A smaller number of farmers, data managers and chemical companies leave us more vulnerable, not less, to the uncertainties of a changing climate and changing economy.

As small farmers, we are creating our own tools for a better farming future. We believe in appropriate, resilient and farmer-driven invention to help make our farm businesses more successful. New technology should be created to fit the systems that work for us – not the other way around. Rather than drawing up non-binding privacy agreements with these corporations not to use our own data to exploit us later on, we are building resilient, healthful food systems and the technologies we need for a job done well, and done right.

More on the Small Farmer Movement from Bioneers 2014

Kristen Loria farms at Sparrowbush Farm, a mixed vegetable, livestock and grain operation on leased land in the Hudson Valley of New York. She attended Cornell Univeristy, and worked in Iowa in school garden and nutrition projects. For three years she managed publications and operations for Greenhorns, a grassroots organization that produces media and events for new agrarians. During that time she managed startup for Farm Hack, now its own 501c3 organization based in New Hampshire. Farm Hack is a social-mission platform for appropriate technology, and www.farmhack.net  currently has thousands of members who invent, document, share, and hack equipment suited to the needs of small and medium scale organic farmers, ranchers and foresters.

Severine von Tscharner Fleming is a farmer, activist, and organizer based in the Champlain Valley of New York. She is director of Greenhorns, and co-founder of both Farm Hack and National Young Farmers Coalition, which now boasts 23 state and regional coalitions. She serves on the board of the Schumacher Center for New Economics, which hosts Agrarian Trust, her latest startup, focused on land access for beginning farmers, and permanent protection of affordable organic farmland. Severine attended Pomona College and University of California at Berkeley, where she graduated with a B.S. in Conservation/ Agroecology.