Let’s Get to Work: These Initiatives Will Make You Inspired 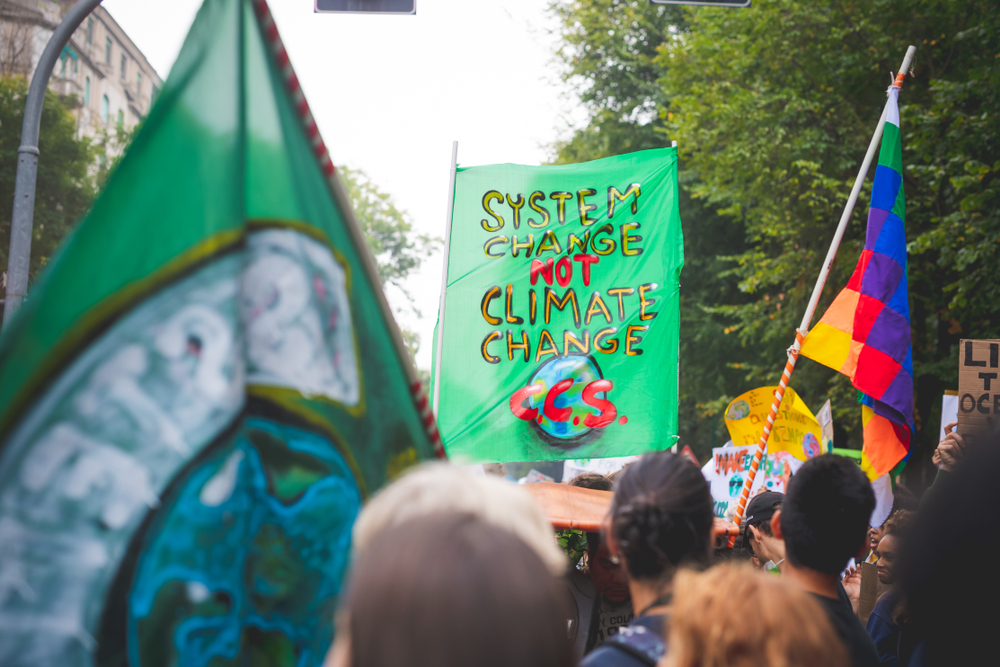 As we watch the machinations in D.C. — a new administration, compelling executive proposals, familiar bickering and gridlock — it’s important to remember that, while we are witnessing a new beginning, the real work that needs to be done will be built on the foundations created by so many of us in progressive circles, pushing for values, policies and frameworks that support a vibrant humanity living on a healthy planet. As we usher in a new year and a new administration, we also return to the old. Old challenges and old wisdom to push toward new innovations. A meeting ground in which our ability to forge a new path forward is tested.

This week, we’re highlighting some of the foremost challenges facing the nation and the world — and offering transformative solutions straight from the most recent Bioneers Conference.

We’ll hear from community leaders who are proving the power and impact of grassroots climate action at the community level. And, as the national political class debates economic stimulus packages, we learn what’s bubbling up in the New Economy right under our noses. Read on for bold, collaborative visions of a truly democratic future.

The New Deals We Need Now: Green, Red and Blue

Although the New Deal of the 1930s rescued many from poverty and laid the foundation for a social safety net, it was also deeply flawed in that it excluded Black Americans and people of color from many of its programs. As the vision for a Green New Deal to tackle the climate emergency and restructure our economy has evolved, it is imperative we avoid the errors of the past. The rising calls for a Red New Deal inclusive of Native America and a Blue New Deal for our threatened oceans and coastal communities.

In this truly original and dynamic conversation, we will learn about these emergent, interweaving movements with some of their thought leaders.

The climate change ship has left the harbor, and what confronts us is the urgent need to accomplish multiple goals simultaneously: reducing greenhouse gas pollution, returning carbon to the soil, uplifting environmental justice in communities of color, and building resilience throughout society to face these crises.

Luckily, there are people and projects all over the world providing effective pathways forward for integrated climate action, using “whole problem” approaches. Hear from just a few of them in this conversation, who are outlining revolutionary blueprints for the next wave of essential work we need to do.

For our 31st – and first ever virtual – conference, “Beyond the Great Unraveling: Weaving the World Anew,” Bioneers showcased many of the most visionary and practical solutions afoot today, and many of our greatest visionary innovators, including the greatest people you’ve never heard of.

Now we’re sharing this collection of media from the 2020 Bioneers Conference with the world! Visit our Conference Media Hub to watch videos of our amazing keynotes, read transcripts of our talks, and more.

P.S. We’ll release all 2020 Conference performance recordings later this week! Check back frequently and follow us on social media to be one of the first to watch.

Many Americans sense that fundamental change is occurring in our country. In communities nationwide, there has been an explosive growth of practical, new, transformative and reparative economic, ecological and institution-building initiatives. This outline of a “next political-economic system” is quietly building just below the radar of everyday media awareness, just as the New Deal was built upon new thinking developed in state and local “laboratories of democracy” in the decades before Franklin Roosevelt’s presidency.

This conversation with four leaders of The Democracy Collaborative, a laboratory for the democratic economy, will present an overview report from the frontlines of this dynamic movement, which promises to usher in a new era of radical, system-altering change.

At a time when support for democracy is declining in the U.S., undemocratic institutions like the workplace can instill a fatalistic outlook that erodes democratic sentiments and leaves us open to manipulation by demagogues.

Will Flagle, senior research associate at Democracy Collaborative, explores solutions that communities are using to “flex their democratic muscles,” such as cohousing and minipublics.

This global virtual summit will bring together Indigenous leaders from throughout the Americas, as well as researchers, practitioners, community leaders and other experts from around the world, as they discuss the potential benefits and harms of the globalization of psychedelic plant medicines. Together, we’ll explore how to engage in reciprocity and honor the Indigenous cultures and traditions that these medicines come from.