Politics and Consequences: How to Fix Democracy in the Face of COVID-19 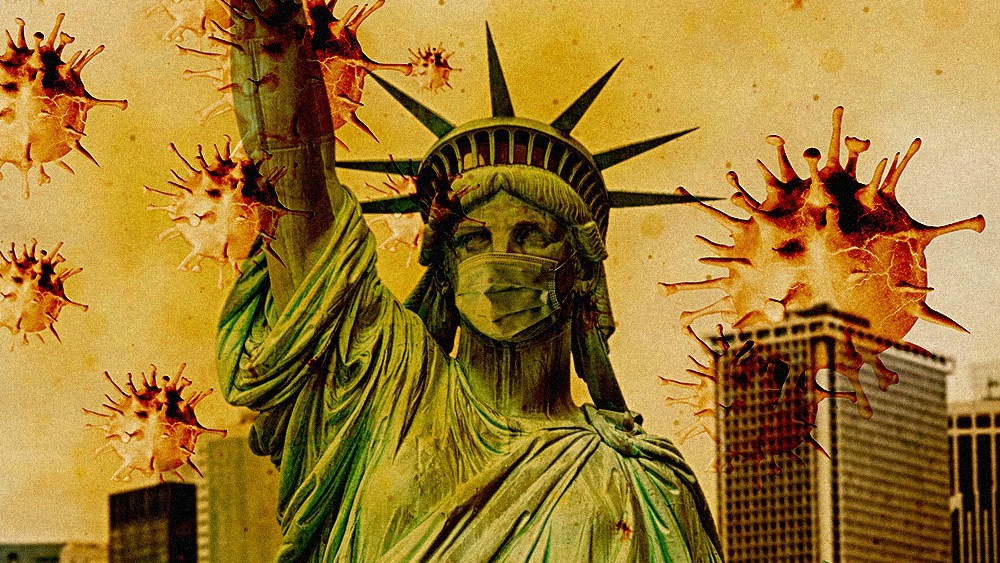 The COVID-19 pandemic in the United States — and our lack of preparedness for it — has highlighted the need for democracy reform. We can’t just fix the symptoms, says David W. Orr, Paul Sears Distinguished Professor at Oberlin College; we must rethink how we perform democracy in order to fix the systemic inequalities that are fiercely apparent in this moment.

In the following essay, Orr explains how the deterioration of our democracy has precipitated crises like climate change and the spread of COVID-19, and what we can do in the face of this reality. Are we satisfied with the status quo? Or will we take charge in this opportunity for change?

To read more from David Orr, check out this excerpt from his recently released book, Democracy Unchained: How to Rebuild Government for the People.

As the coronavirus sweeps across the country, we have good reasons to ask why we were so unprepared. Why warnings went unheeded, scientists ignored, and budgets cut at the Centers for Disease Control. We should ask the same questions about the climate crisis. In both cases the causes are political, the result of a forty-year war waged against government and science. That war explains a great deal about why we had no plan to deal with COVID-19 and why we have no plan to deal with a growing climate emergency that will dwarf the pain and suffering of the COVID-19 pandemic. In both cases collective foresight and preventive action required an alert, transparent, and effective government and an engaged and accurately informed citizenry.

Whoever wins the 2020 election, we the people must begin now to repair and strengthen democratic institutions. The timing, however, could hardly be worse. It will occur as the COVID-19 pandemic still rages and the effects of climate change become more severe. These are only the most urgent challenges ahead but there are others. We face not just a single crisis, but a convergence of crises and not just an emergency but “a long emergency” that will persist through this century and beyond.

As the situation becomes clearer, demands for action could take either of two forms: one authoritarian and, frankly, fascist, the other for a stronger and improved democracy. The first promises quick, simple, fake solutions to complex problems and appeal to our worst tribal instincts, mostly by scapegoating vulnerable populations. On the other hand, building a stronger democracy would allow us to address the roots of our problems that go back to deceit, secrecy, corruption, demagoguery, voter suppression, gerrymandering, inequality, and invertebrate leadership.

The democracy we need, in other words, is not a slightly improved version of the status quo, but one that is more just, inclusive, stronger, competent, transparent, and accountable. It also requires us to understand our history.

The authors of the U.S. Constitution laid the foundation for a limited democracy. That system has been reinvented twice since, once to end slavery and again in the 1930s to avoid economic collapse. Neither was entirely successful. Jim Crow laws undid most of the gains of emancipation and the hijacking of the 14th Amendment by corporate lawyers did the rest. In the second instance, the patchwork reforms of the New Deal, worked well enough for a time, but inequality is now about what it was in 1929 and the system is otherwise failing in potentially catastrophic ways.

The differences from the reconstruction era to the present are striking. We are at the threshold of irreversible and irrevocable global changes that will jeopardize civilization. No one in previous generations could say that with the authenticity and urgency with which we assuredly can. No change in consumer behavior or market response alone will be effective unless they occur as a part of changes in the larger structures of governance, politics, economics, and values. This is a systemic crisis and must be met with systems-level changes not haphazard, piecemeal reforms conjured by anti-government ideologues.

The upshot is that we must create a coordinated set of policies to counter the forty-year assault on governance and the underlying institutions of democracy. The goals include:

The coronavirus pandemic and the climate emergency combine to make this a teachable moment—a good time to ask larger question and challenge outworn assumptions.

If the founders knew in 1787 what we know now about how the earth works as a physical and biological system, how would they have written a Constitution for a complex world of leads and lags, positive and negative feedbacks, and long delays between action and consequence—all governed by biology, ecology, and thermodynamics not by simple Newtonian mechanics?

Calibrating our political system with how the Earth works as a physical system will be difficult, but much easier than contending with the consequences of a dysfunctional democracy on a planet with a biosphere and lots of viruses.

Read more from David Orr in his recently released book, Democracy Unchained: How to Rebuild Government for the People.