Soil Erosion, Civilizations and a New Way to Farm 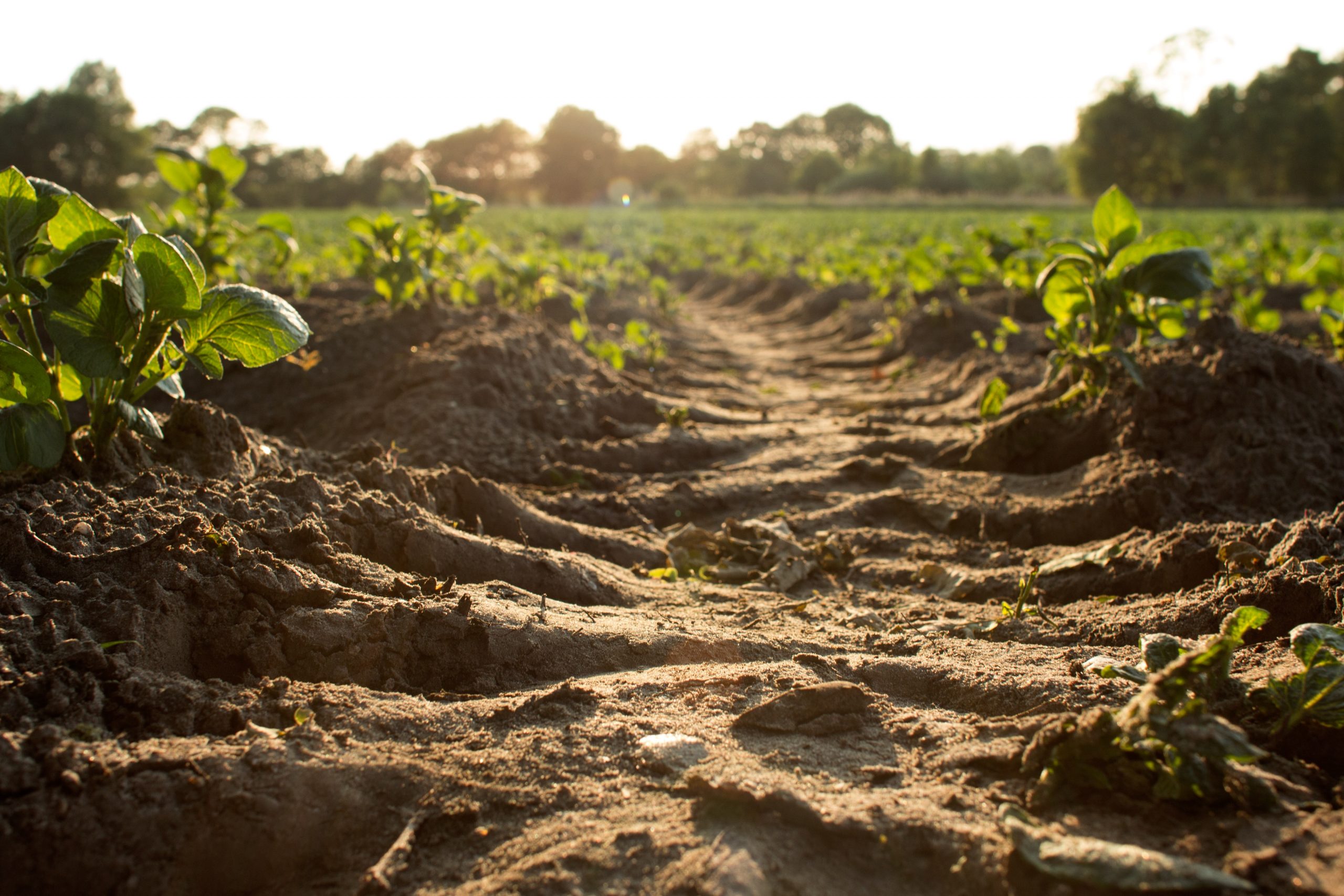 David Montgomery, a MacArthur Fellow, is a professor of Earth and Space Sciences at the University of Washington and the author of Dirt: Erosion of Civilizations and Growing a Revolution: Bringing Our Soil Back to Life. This is an edited version of his presentation at a past Bioneers Conference.

On the journey that I’ve been on intellectually for the last decade, I started as a pessimist and have become an optimist in regards to the state of the world’s soils. The pessimistic part is that soils are degraded all around the world. We’re losing about 0.3% of our ability to feed ourselves each and every year due to degradation of the soil, the degradation of soil life – the microbes in the soil – and soil organic matter, and soil lost to erosion. 0.3% may seem like a small number; it’s probably about what we’re all getting in interest for our savings accounts. It takes a while to notice, but if you play that out over the next 100 years it adds up to 30%. We cannot afford to lose 30% of our ability to feed the world as our population increases by 50%. Those are numbers that would make Malthus proud.

That’s the problem I wrote about in Dirt: The Erosion of Civilizations. The book looks at the history of how societies treated their land and how that affected land would treat their descendants. Soil erosion played a role in the demise of civilizations all the way back to the earliest agricultural civilizations in the Middle East, Neolithic and Bronze Ages in Europe, Classical Greece, Rome, the southern United States, and Central America. I collated the archaeological literature, the historical literature and the modern geological literature and found that there are degraded soils in those parts of the world today. Syria and Libya are examples of places where there are Roman tax records of high harvests several thousand years ago, but where they essentially cannot feed a growing population today.

What you generally find in environmental historical textbooks is that deforestation caused erosion and degraded the land. But the real problem was the tillage that followed. It was the plow, not the axe, that degraded soils and societies around the world.

The plow is very good at controlling weeds by turning the soil over, but it also leaves the soil bare and vulnerable to erosion by wind or rain until something grows on it whether that is a weed or the next crop. The accumulated erosion adds up over time.

In the American Southeast Piedmont region – the hill country ranging from Virginia to Alabama –  topsoil loss, since colonial agricultural era, ranges from 4 inches to over 10 inches. There was only about 6-12 inches of topsoil there to begin with.

The early settlers and plantation owners wrote in journals telling their colleagues in Europe about how wonderful the land was for a few years, but then they had to clear more forest because they had eroded their topsoil.

If farmers in this country, in a couple hundred years, could erode virtually the entire topsoil off of a region that was one of the breadbaskets of the early American colonies, imagine what the Greeks did with 1,000 year run in Southern Greece or the Romans with the 800-year run in Central Italy. It puts into perspective the idea that accumulated soil loss could undermine civilizations.

A couple years ago the journal Sustainability made the point that the soil organic matter – the soil carbon content – of many soils in North American is only about half of what it was when they were first converted from forest or prairie lands to farms. In just 100 to 200 years of farming across North America, we’ve managed to take our soil organic matter levels and drop them by 50%. These depressing trends are happening in civilizations all over the world.

In writing the Dirt book, I synthetized about 1200 studies to understand how fast the world’s top soils are eroding. Conventional farm soils around the world are eroding about a millimeter-and-a-half a year. That means it takes 20 years to lose an inch of topsoil.

How fast does nature make soil? It takes about 1,000 years, based on the global average. The USDA says 500 years. So, it takes centuries for nature to make an inch of topsoil, but we are losing it in decades. We are basically bleeding topsoil.

The loss of a millimeter a year means that you could lose topsoil on a typical hillside in just 500 to 1,000 years. The average longevity of agricultural civilizations around the world is 1,000 years, plus or minus.

The civilizations that are exceptions to this trend are those based along the Nile, the Tigress and the Euphrates, the Indus, the Brahma Putra, and the big rivers of lowland China. Why have people been able to plow for thousands of years productively in those places? Because they’re on big flood plains, and floods deposit silt and clay. Nature rebuilds the fertility year after year unless you build levies or dams.

Egypt is now the biggest user of nitrogen fertilizer in that part of the world. They used to farm for thousands of years without it, but when they built the Aswan High Dam they shut off their silt supply.

In writing Dirt: The Erosion of Civilizations, I struggled with these questions: Is soil restoration possible? Can we actually reverse the historical pattern of land degradation? I learned watching what my wife, Anne Biklé, did to our yard in urban Seattle. She’s a gardener who started with 1% organic matter in the soil and built it up to 10% in about 10 years. That is almost a percent a year.

When we saw that she could dramatically restore soil in less than a decade, we asked ourselves, “Could this be done at scale on operational farms?”

We found the answer by visiting farmers around the world who had done to their soil something similar to what Anne had done. They followed the principles of conservation agriculture. They did not disturb the soil by plowing. They always maintained living plants in the soil by planting cover crops, and they planted a diversity of crops whether in their cover crops or in their cash crops. Those are the common elements. Those three things are a recipe for feeding the microbial life in the soil.

Those practices define an essentially new agricultural philosophy that is contrary to what is being taught in major agronomy schools, which is full tillage, lots of agrochemicals, and specializing in one or two crops; the exact opposite of all three points.

Dwayne Beck operates Dakota Lakes Research Farm in collaboration with South Dakota State University. By adopting no-till, cover crops and complex rotations, he was able to get his conventional farmers to reduce their use of chemical fertilizers and pesticides by more than 50%. That’s a huge change. These are not organic farmers. What happened to their yields when they reduced their agrochemical use? Their yields went up not down. This is not a conflict between the economy of farm profits and the environment. These interests start to align in the context of conservation agriculture.

I visited Kofi Boa in Ghana in equatorial West Africa. He taught the farmers in his area to go from the traditional slash and burn farming to using no-till with cover crops. They don’t use agrochemicals for the simple reason that they don’t have the money to buy them. This is why the green revolution did not work for subsistence farmers around the world. It’s the wrong business model for them.

Kofi teaches his people a style of agriculture that involves growing a polyculture in their fields with minimal soil disturbance [by reducing and eliminating plowing]. They cut erosion by a factor of twenty. Their corn yield tripled and their cowpea yields doubled. They got better yield returns doing conservation agriculture than they did with green revolution practices.

David Brandt from Brandt Family Farm in Ohio grows corn, wheat and soybeans for the North American commodity crop markets. He also grows a very diverse mixture of cover crops in between his cash crops.

David walked me through the economics of his operation and his neighbor’s operation. His neighbor has glyphosate-resistant weeds in his fields. He is using full tillage, 200 pounds of nitrogen per acre and two-and-a-half quarts of Roundup per acre at a total cost of $500 an acre. He is harvesting a hundred bushels an acre at $4 a bushel. He is losing $100 an acre.

On the other hand, David Brandt has been doing no-till for 44 years. He then moved into cover crops. He’s not an organic farmer, but he hardly uses any fertilizer or pesticides. He’s reduced nitrogen use to about an eighth of his previous use. He’s using a little over a third of the Roundup. As a result, he is spending less money. He made $400 an acre while his neighbors lost $100 an acre.

This is the kind of math that made me optimistic that we could actually change conventional farming into more regenerative practices. David Brandt is successful because he has built up the health of his soil by following the principles of regenerative agriculture.

Gabe Brown is adding another element to those practices by bringing livestock into the equation. His cows grazed the cover crops in the field which he then planted as his market garden for farmers’ markets. Gabe’s another one of these organic-ish farmers who’s weaned himself off of agrochemicals, and he’s done it because he doesn’t like writing checks to the fertilizer dealer. He’s figured out a better way to farm by improving his soil. There is data that seems to back up his claims that the food he grows using regenerative agricultural principles is more nutrient dense. This may not just be good for the land, it may be good for people as well.

Anne and I came up with a slogan that we hope everyone will repeat and spread around the world, “Ditch the plow, cover up, and grow diversity.” Those three principles work as a recipe for rebuilding the health of the land.

I’m hopeful that we are poised to pull off, at a global scale, what I like to call the fifth agricultural revolution to bring life back to our agricultural land. I talk about the other four in Growing a Revolution.

If we bring soil back to life, we are taking carbon out of the atmosphere and putting it in the ground. The magnitude of what could be done with that in regards to mitigating climate change is highly debated in scientific circles, but what’s not debated is that it would be a damn good thing to do as much as possible as soon as we can.