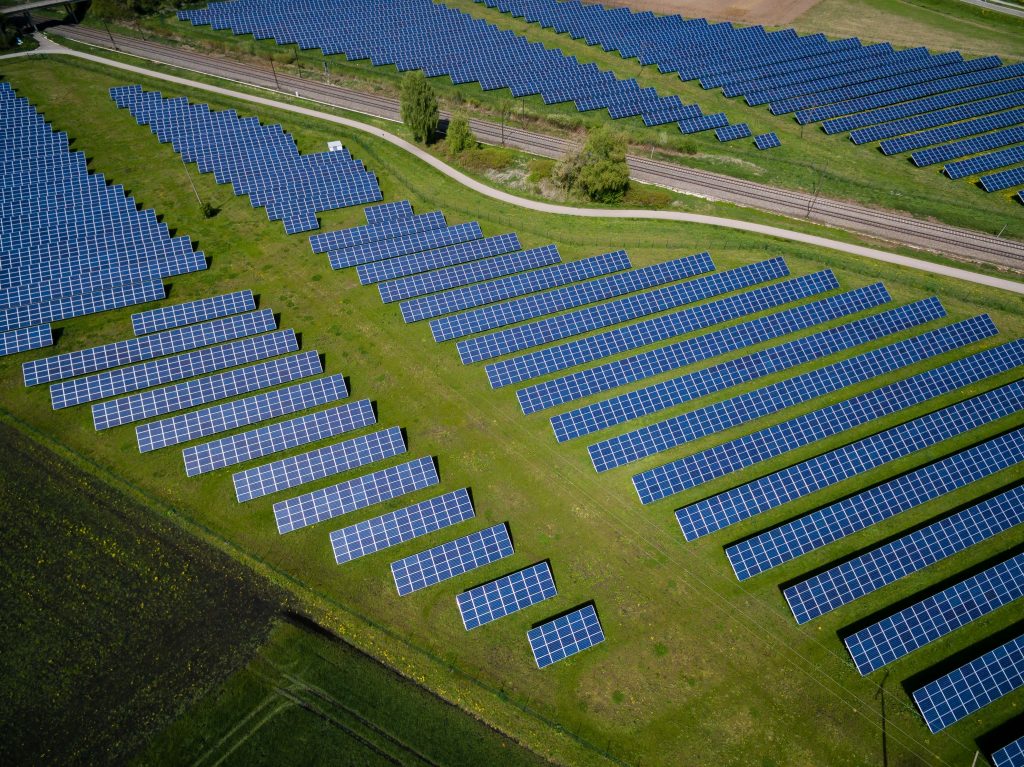 “It’s coming,” insists Thomas Van Dyck. “You can see it coming as you could with Polaroid and Kodak, with the transition to digital. You can see the inevitability of what’s happening.”

He’s referring to the global—and U.S.—trend toward sustainability and renewable energy. Not only are scientists, economists, and politicians more aware than ever that this shift is necessary to avoid total climate catastrophe, he says, but supporting renewables is by far the most financially viable choice—for investors as well as consumers.

Van Dyck has the right qualifications to make claims about financial viability. As managing director and financial advisor with the SRI Wealth Management Group at RBC Wealth Management, he has been a leader in socially responsible investing for 30+ years. Van Dyck consults on $1.8 billion in institutional and individual client assets, incorporating environmental, social and governance factors in investment decisions. Tom also founded the shareholder advocacy As You Sow Foundation in 1992 and is active in the “Divest Invest” movement.

Bioneers talked to Van Dyck about on how investors, businesses, and social leaders can make decisions that open doors to a more sustainable, equitable future.

We’re excited to welcome Thomas Van Dyck to the Bioneers Conference at the end of this month, where he’ll be speaking about the clean energy revolution.

What’s the number one thing regular people can do to make sure their investments are in line with their morals?

They can make sure that they’re not owning companies that are destroying the climate and exploiting workers. Generally, they can do it by understanding what they own. A good way to do that is to go to fossilfreefunds.org, where they can put in the ticker of their mutual funds and see what companies may be in them that violate their environmental leanings. If they own things that they find counter to their life’s purpose or political beliefs, then they should change their investments to reflect their values.

A good thing to know is that for the last ten years, the carbon-based energy sector of the S&P 500 was the worst-performing sector in terms of giving money back to shareholders. So if you’re an investor, don’t mix up this ESG sector with bad returns. If you’re investing the old-fashioned way, which is risk-and-return, you shouldn’t be investing in the fossil fuel industry. The return doesn’t warrant the risk. Today, it’s also the most overpriced industry. If you haven’t divested from fossil fuels, the next question would be: What’s inspiring you to underperform?

What’s the number one thing business leaders can do to help turn the tides of corporate economic corruption?

Business leaders can actually do a lot. They can make sure the energy they use is 100 percent renewable, as many corporations—and not just the tech guys—have done already. Second, every company should push to be carbon-neutral through their scope 1 and 2, if not carbon-negative by 2030. They should shoot for carbon neutrality within their businesses but also in who they do business with.

Businesses have a lot of control when there is a political environment like we have now, where science isn’t respected. They know the economic advantage as well as the brand advantage of being green and using renewable energy. Businesses can act independently—and collectively, they become more powerful than the government.

What’s the number one thing politicians can do to make economic stability accessible for as many people as possible?

Politicians can accelerate the transition from burning the carbon molecule to run our electrical system and transportation to using renewable sources. They can use the tools available to them to accelerate what is already happening economically. Politicians should be leading that transition, whether it’s passing renewable portfolio standards on all states through the utilities or encouraging more solar and wind development.

Local governments, specifically, have a lot of power. California is a classic example. For every dollar of GDP we produce in California, we do so with half the carbon dioxide greenhouse gas emissions of the rest of the country. Our economy is growing faster than the U.S. economy. We’re the sixth largest economy in the world, and we continue to grow. This idea of regulating pollution as having an economic cost is folly.

If every state did what California’s doing, who cares about the Fed? All politics is local. So go take over the utility commissions. Go take over your state and local governments. Because in moving in this direction, you save more taxpayer money. It’s like nature’s already shown us what we should be doing, you just have to be smart enough to see it.

If moving toward and supporting renewables is so logical, why are politicians so slow to support them?

That comes down to the other problem in our society: We need to get money out of politics. When a politician makes a decision that isn’t based in logic, we know they’re being bought by an industry that’s trying to lengthen its existence in the face of an economic deluge that’s going to swamp it. It’s like putting your finger in a dyke. It’s not going to stop the economic reality that’s going to take place with many industries in our economy. They’re merely temporarily trying to stop the inevitable. We need to rapidly continue to push for an energy revolution.

But it’s coming. You can see it coming as you could with Polaroid and Kodak, with the transition to digital. You can see the inevitability of what’s happening. We need to get involved in our local governments so that people who have economic interests in maintaining dying industries are not disproportionately represented.

What’s the number one thing the media can do to shine a light on economic and corporate corruption within the U.S.?

The media has a responsibility to tell the truth. It needs to present facts of both sides. There’s no “both sides” in climate change. What you have with certain members of the media is a disinformation campaign that is not dissimilar to what occurred during Nazi Germany and other parts of the dark history of mankind. We have to be very careful here with media because in many ways, they’re a reflection of protecting an industry and a point of view that is not based on economics, not based on science, but merely based on an interest in protecting a wealthy elite—an elite that, in this case, is exploitative of the commons rather than additive. We need to get that changed. The way to do that is to take money out of politics and take over your state.

Climate change is the most obvious thing that we should be prepared to deal with. This problem should be handled. This is not a complicated issue. Ignoring climate change is against science, nature and economics. So what’s taking so long? This is industries fighting to survive. And they won’t survive. The question is, how quickly will the tides turn?

Find out more about Thomas Van Dyck and how you can engage with his campaigns and efforts by visiting the SRI Wealth Management Group at RBC.