#TIMESUP at the Golden Globes 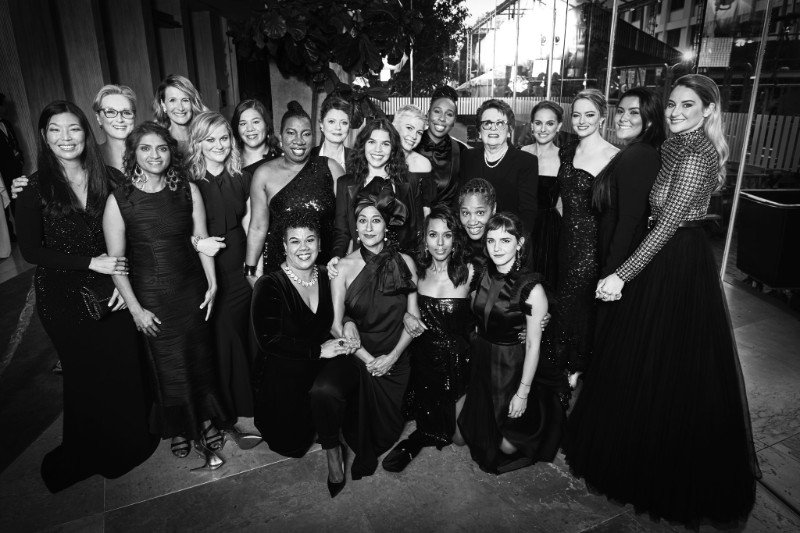 If you caught the Golden Globes last night, you may have seen that there were a few Bioneers faculty in the audience. On Sunday Meryl Streep and Amy Poehler took, as their plus-ones, Bioneers speakers Ai-Jen Poo and Saru Jayaraman.

Along with Poehler and Streep, several other actresses including Emma Watson, Laura Dern, Susan Sarandon and Emma Stone were accompanied by female activists at the awards show. The activists included Tarana Burke, the founder of the “me too” movement and

This is a watershed moment, a golden opportunity to help leverage increased visibility into movement for change.

Help amplify the issues and campaigns that Saru Jayaraman and Ai-Jen Poo are engaged in; movements for workers rights, equal pay and against sexual harassment by sharing their work widely with your network and taking action. Links to their campaigns, along with their Bioneers talks, podcasts and articles are below. Make Meryl Streep and Amy Poehler’s actions matter by getting engaged today.

Saru Jayaraman was a keynote speaker at this year’s Bioneers gathering, touching on wage equality, the history of tips, and fighting harassment in the service industry. Her work with ROC United is to ensure all people who work in restaurants can achieve financial independence and improve their quality of life by engaging people who work in the industry, employers and consumers. You too can take action through their #1FairWage campaign. Saru has also been featured on Bioneers radio:

Raced and Classed: The Journey From Diversity to Equity
http://bit.ly/2pesjQY

Ai-Jen Poo is the director of The Domestic Worker’s Alliance and was a keynote speaker at the Bioneers 2012 Conference. Her organization works on developing policy and networks to protect and empower domestic workers. You can help the DWA’s efforts on the #TIMESUP campaign by adding your name to their statement.

Ai-Jen Poo offers a view into the ways in which we are all increasingly connected at Bioneers Women’s Leadership and Economics, which was hosted by the Bioneers Everywoman’s Leadership program as a supplement to the Bioneers 2012 Annual Conference.

Please be sure to help amplify the work of these inspiring women through your network by joining their campaigns and sharing the videos and pieces that resonate with you.