We can (and MUST) protect the Amazon 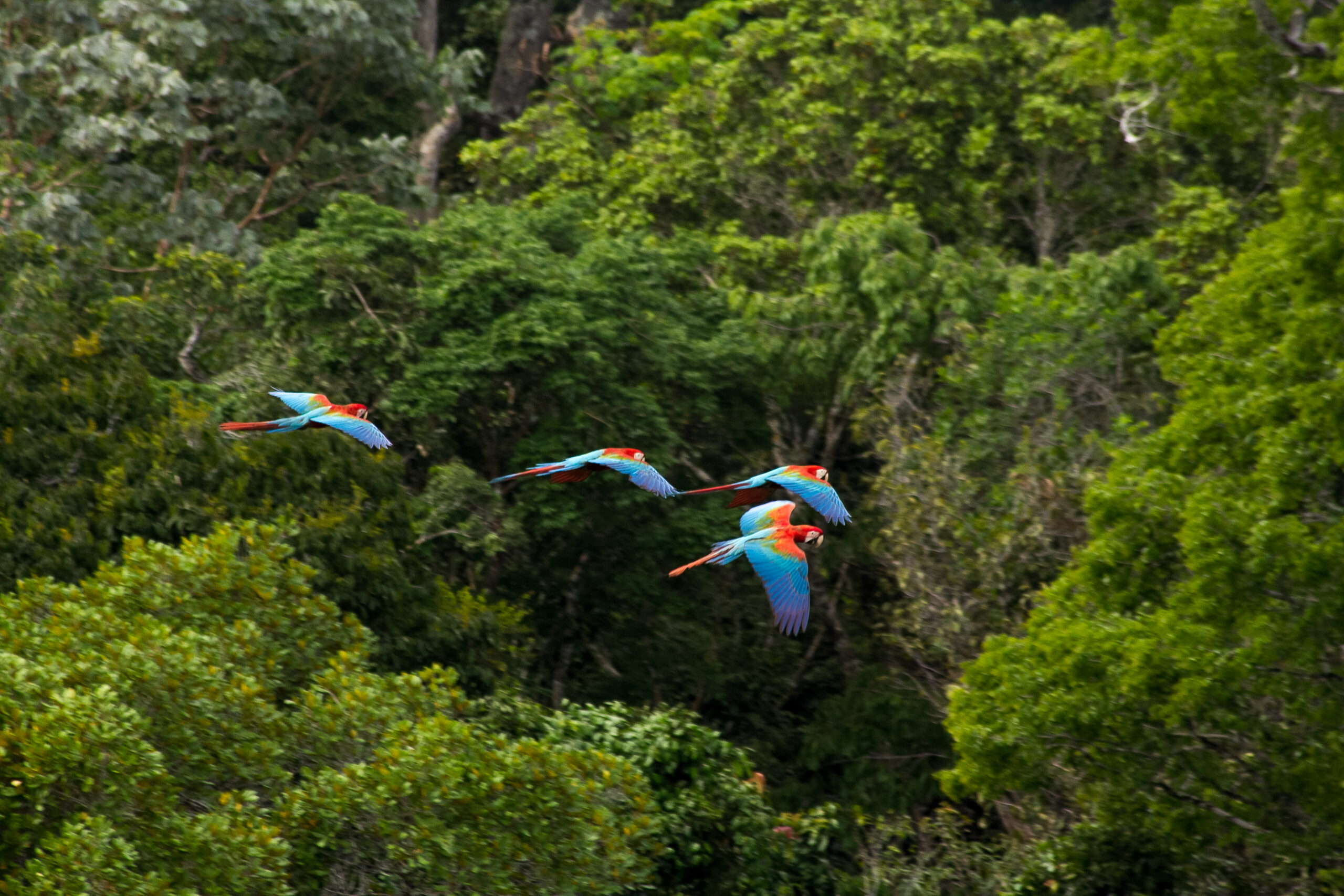 The lungs of the planet, cycling one fifth of the world’s oxygen. Home to one in ten of the world’s known species of life, with hundreds of new species discovered annually. Host to half of the world’s tropical forests and twenty percent of the flowing freshwater on earth. Stewarded by an estimated 500+ Indigenous nations. One quarter of the world’s total forest carbon sink, storing more than 150 billion metric tons of carbon. Key driver of global hydrology, releasing twenty billion tons of moisture into the atmosphere daily.

Try as one might, it’s difficult to speak in hyperbole about the Amazon. Its incredible biodiversity and scale are truly hard to fathom, but, as we know all too well, these essential ecological systems and the human cultures in the Amazon are facing existential threats. We have been talking about “Saving the Amazon” for decades while the forest continues to be destroyed. Despite the dire circumstances, Indigenous leaders, with support from allies around the world, are making significant strides toward protecting their sacred lands and the threatened ecosystems upon which the entire planet’s climatic stability depends.

This week, we’re featuring ideas, research, and action steps you can take from world-renowned Amazon protectors, including Helena and Nina Gualinga, Atossa Soltani, and Nemonte Nenquimo.

Want more news like this? Sign up for the Bioneers Pulse newsletter to receive the latest stories from our community straight to your inbox.

California is the world’s largest consumer of oil from the Amazon rainforest. This extraction contributes to climate change, causes deforestation, toxifies watersheds and  ecosystems, displaces the Indigenous peoples who are the best stewards of the Amazon Forest’s remaining biodiversity, and harms people at every end of the supply chain, including the marginalized communities living in the shadow of toxic refineries right here. Two leading Indigenous Amazonian forest-protectors, sisters Nina and Helena Gualinga, appeal to Californians (and all of us) to #EndAmazonCrude and demand corporate responsibility for people and planet.

The ecological systems of the Amazon have long been threatened by damaging industries. Oil and mining operations have caused massive deforestation within the incredibly diverse and vital Amazonian ecosystems that many refer to as “the lungs of the world.” On the frontlines of efforts to protect the Amazon are more than 20 Indigenous communities, fighting for their homes, lands, and the wellbeing of the entire planet.

Atossa Soltani is the Director of Global Strategy for the Amazon Sacred Headwaters Initiative, an alliance of 30 Indigenous nations in Ecuador and Peru working to permanently protect 86 million acres of rainforests in one of the most biologically diverse ecosystems on Earth. Here, Atossa discusses the fight for the conservation of the Amazon’s Sacred Headwaters.

The Earth Defenders Toolkit is a collaborative space for earth defenders and their allies. The Toolkit provides a growing collection of resources and training materials for communities on the frontlines of the struggle to defend critical ecosystems around the world, and community networks for users to connect and share their experiences.

The mission of the Earth Defenders Toolkit is to provide and promote approaches to using technology in a way that supports local autonomy and ownership over tools and data, and reduces reliance on outside support.

“We were inspired to co-create the Earth Defenders Toolkit by the work of our Indigenous partners in the Amazon, who have been leveraging tools for mapping & monitoring to win key victories to protect their lands,” says Emily Jacobi, Executive Director & Founder of Digital Democracy. “Since launching the Toolkit last year, we’ve been blown away by the interest from grassroots groups around the world, and the dozens of communities across five continents who‘ve let us know how they’re applying featured tools & tactics from the Toolkit in their work. While contexts might be different, I’ve been struck by the similarities of what local earth defenders are up against: From Brazil to Cambodia, Uganda to Vanuatu, local and Indigenous communities are putting their bodies on the line to protect their lands from desperate and often violent attempts to extract resources as part of the dying gasps of the fossil fuel economy.”

For millennia Indigenous communities have been guardians of their environments, protecting flora and fauna, using their traditional knowledge and wisdom passed down over generations to live in balance within their ecosystems. Today Indigenous peoples safeguard 80% of the biodiversity left in the world, and protecting those lands and waters is crucial to mitigating the climate crisis, because those biodiverse areas are among the planet’s major carbon sinks. Indigenous peoples are the ancestral owners of nearly half of the intact forest left across the entire Amazon Basin.

Nemonte Nenquimo, a leader from the Waorani community in Ecuador, Goldman Prize Winner, and a founding member of the Indigenous-led Ceibo Alliance and its partner, Amazon Frontlines, discusses why respecting Indigenous people’s internationally recognized rights to decide the future of their territories, cultures and lives is critically urgent for the protection of our world’s most important rainforest, our climate, and life on our planet.

Encouraging news is coming out of Ecuador that could bolster Indigenous rights and keep fossil fuels destined for California permanently in the ground! On September 9th, Ecuador declared a temporary moratorium on new oil and mining concessions, which will remain in place for at least 12 months or until there is a law guaranteeing the right to free, prior and informed consent for Indigenous peoples before such activities can take place in their territories.

The Territory is a heartbreaking and powerful testament to what can be achieved when people come together across cultural divides to protect the planet. Co-produced by a settler-descendant American and members of the Uru-eu-wau-wau community, The Territory immerses viewers in the rampant destruction of the Amazon rainforest from the eyes of its Indigenous inhabitants resisting the aggressions of settlers seeking to steal their land.

Report: Amazonia Against the Clock