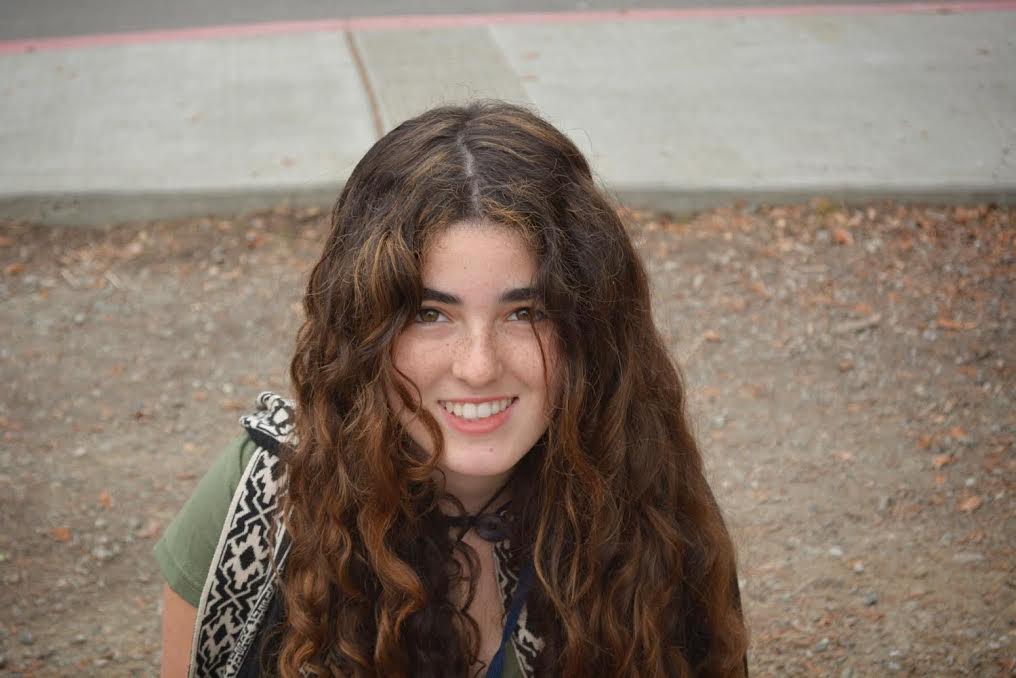 Rose Strauss and her colleagues responded rapidly, leveraging Wagner’s remarks into action to support the vital effort to get fossil fuel money out of politics. Al Gore recently tweeted, “If being ‘young and naive’ is holding our leaders accountable and demanding a sustainable future, call me #YoungAndNaive.” Recent numbers show a boom in youth voter registration, with registered voters under 35 outnumbering those over 64 in Pennsylvania.

ARTY: Pennsylvania gubernatorial candidate Scott Wagner said “You are young and naïve” when you called him out in public about the $200,000 in political donations that he received from the fossil fuel industry, and his statement that climate change was a result of people’s body heat. How can you cut through the corruption of politicians and the cynicism of the people who think like that?

I am part of the Sunrise Movement. We think a great way to stop that from happening is by making sure politicians are not taking contributions from the fossil fuel industry. At Sunrise, we have a No Fossil Fuel Money Pledge to get politicians to commit to not taking money from fossil fuel executives or front groups.

ARTY: During this incident, there was laughter and applause when Wagner condescendingly called you “young and naïve.” Yet in a Teen Vogue article you wrote that the incident left you feeling empowered. How do you explain that?

ROSE: It left me feeling empowered because I spoke up to someone who has power and was talking down to me. His response was so demeaning and so patronizing, but at the same time so ridiculous that I was excited that we could turn that response and his perspective and his words into something that a lot of people would see. They’d know that this politician has these beliefs. It was empowering, knowing we could take what he said and turn it into a call to action.

ARTY: You’ve really done that. In the Teen Vogue article, you also wrote, “Fossil fuel executives and lobbyists get away with their pay-to-play politics because they corrupt our democracy in the shadows, and it’s our role to bring their actions to light.” Speaking truth to Scott Wagner is an example of that. How do you plan to do more of that in the future?

ROSE: A big thing that we do at Sunrise is canvassing and talking to people. I think that’s one of the most impactful things you can do. Politicians and fossil fuel executives have millions of dollars, but what we have is people power. We can counteract the power of money by talking to people, educating them, making sure that we’re standing up for what we believe in, and making sure that climate change is a central issue that’s being solved. Canvassing is a really great way to do that, as well as registering people to vote. Ultimately, we choose our politicians. Educating the general public about climate change and the political system is so important.

ARTY: What is the Sunrise Movement? What are its goals?

ROSE: Sunrise Movement is a movement of young people fighting to solve climate change. We do this by ending the corrupting influence of fossil fuel executives on our politics. This includes things like confronting politicians at Town Halls, like I did, or at public events to challenge them to take a better stance on climate change.

We also get politicians to sign a No Fossil Fuel Money Pledge, as I said before, which over 800 candidates and other politicians have already signed.

We also are working to make climate change an urgent political priority. Another way that we do this is by electing leaders who we think will fight for our generation’s future. I’m in Downingtown, Pennsylvania, where we’re working to get Katie Muth and Danielle Otten elected. They take really strong stances against climate change and also have signed a No Fossil Fuel Money pledge. We’re canvassing to get them into office. That effort is youth led.

ARTY: How did you become a climate activist?

ROSE: Ever since I was young growing up in the Bay Area, I have always had a really intense love for marine biology and the ocean. Climate activism was a natural segue for me, going from loving animals to seeing them disappear faster than I could study them. My focus shifted from studying the biology aspect of it to focusing more on conservation; that eventually led me to this climate change fight.

The first time that I was exposed to climate change was looking at the impact on marine systems. I started Bay Area Youth for Climate Action. We focused on educating youth about politics and how they can make a change, and we worked hard on the campaign to get coal out of Oakland by hosting conferences and doing outreach and education to youth around the Bay Area.

Going away to college, I was looking for something where I could be politically engaged in fighting for climate change, and Sunrise was just the perfect opportunity for me. When I saw the ad on Facebook for Sunrise, I was like, “I can’t not do this. I have to go.” So here I am. Sunrise has seventy Fellows who are working on the midterm elections. There are also different hubs all around the country that are working with Sunrise. It’s a pretty big movement.

ARTY: There’s no doubt that the world is a challenging place. There seems to be a new crisis on a daily basis, and the climate issue is certainly one of, if not the largest, crises that we’re facing. As a young person, how do you maintain a positive view of the future? What’s your advice to other young people?

ROSE: I think it’s really easy to get a nihilistic attitude toward the future. If you look at the science closely, climate change has pretty dire impacts on the Earth, if we don’t do something about it relatively soon. But I think that it’s important to look at all of the technology that we have and imagine a world in the future that’s run on renewable energy and exists in conjunction with nature. I think that’s something that’s possible, and it’s something we need to continue to work towards. Envisioning that future is really inspiring to me.

ARTY: How can more young people be activated in the fight for climate justice?

ROSE: I would say look at community. A lot of people don’t realize that there are environmental justice and climate justice issues happening right in front of them. I find it’s a lot easier to organize people around intersectional issues, not just climate change. People who are into feminism or are into LGBTQ issues or immigration, you can take that group of people and take that passion and connect it to climate change, and work on it in a super intersectional way.

For more people wanting to get involved, find issues in your community, and start something. You can start a campaign and get involved with local politics. Make sure your voice is being heard, because living in a democracy is a privilege and you have to take advantage of that. That’s a super important thing to do. Vote.

ARTY: When you talk about intersectionality, I think about the comments by Wagner. He disrespected you on multiple levels: as a young person, as a woman, as a knowledgeable activist. When you stood up to him, It uncovered multiple biases of his. Was that a strategic move planned by Sunrise or was that your individual action?

ROSE: We planned on going to the Town Hall, and I was planning on asking the question. That part was definitely planned. We did not plan for the response he gave, but as demeaning and shocking as it was, it was also a really great way to get people involved with what we’re doing.

ARTY: What do you see as the best solutions for climate change?

ROSE: I think the best solutions are getting fossil fuel money out of politics. That’s a really important one because once that happens all of the other options that we have for climate change will start being turned into policy and legislation. We can see that happen because we have the technology. We have renewable energy that works, but the big issue is that we have these political barriers. We need people power to push it forward over fossil fuels. That’s a super important step.

ARTY: You were a Bioneers youth scholar a few years ago, did that experience have any influence on your activism?

ROSE: It definitely does. I was super inspired by everything I heard at Bioneers. It taught me more about climate change, and one thing that really struck me—I’m not sure exactly who was speaking—but the person was talking about the power of story. That really changed the way that I talk to people about climate change. That’s a big value that Sunrise holds, using stories to change people’s minds instead of just facts. That’s something I really got from being at Bioneers, which was awesome.

ARTY: What is your message to your generation?

ROSE: To all the young people out there, keep fighting, keep getting involved, we’re creating a movement, I feel the energy right now, and I feel like there’s a shift in energy. I feel like we’re actually making some real progress. So many young people are starting to become engaged with climate change activism. We need to keep this momentum going.