The Benefits of Biodiversity on the Farm and Ranch 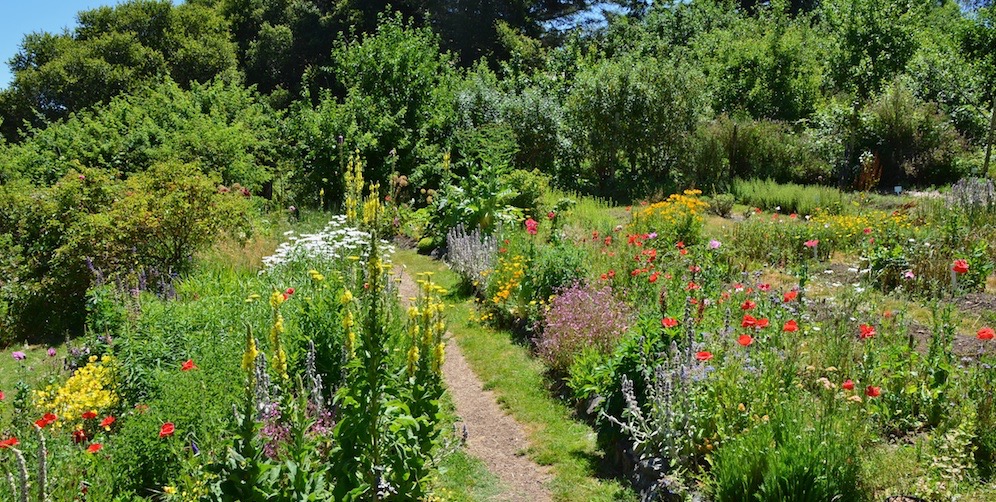 We’re not alone. There are an estimated 10-14 million species living on earth today. The complexity of life is so great that an estimated 86% of those species have not even been documented.

The numbers are impressive, but the way species interact – at times as competitors, but more so as symbiotic communities – may even be more remarkable. The web of life is held together by relationship. One species’ waste is a resource for another. Different species often work in cooperative enterprise for mutual benefit. For example, in a healthy soil system microbes that have been fed by the carbohydrates that a plant produces and exudes through its roots, in turn supply the plant with essential minerals and, in some cases, can even mediate nutrients between two nearby plants if one has an excess of a certain mineral and another plant has a deficiency.

Life on Earth is built on biodiversity and driven by the interaction of species and the collateral ecosystem services those relationships produce. Regenerative agriculture strives to mimic nature’s organizing principles and apply them to farming systems by building biodiversity as the foundation for a healthy ecosystem that results in higher productivity.

Doniga Markegard, an author, rancher and mother, observes nature closely to inform her ranching practices. “We ranch on California coastal prairie grasslands that some people might consider marginal lands. They’re not lands that people would grow carrots or strawberries on. There’s no irrigation. It’s not flat. It’s very hilly, rolling, natural landscapes. Those grasslands evolved with large herds of ruminants. In our case, in the most recent history, it was elk and American pronghorns that grazed those lands in large numbers. The early accounts of the settlers were that there were elk herds maybe 2,000-head strong.

“Grazers have a symbiotic relationship with grasslands and the other species within those grasslands. It takes a whole intact ecosystem to create a real balance. That’s what we’re looking towards. We want abundance; we want all species to flourish in a balanced way. We don’t want one species taking over the grasslands completely; we want diversity.

“Nature abhors a monoculture and thrives with biodiversity. Biodiversity provides checks and balances. A very important part of that system is the role of predators. The wild ruminants leave just enough nutrients in the form of dung and urine to fertilize the grasses, but before they overgraze and damage the grasses, the predators force them to move to a new area. In that way, all three species are taken care of.

“Since the predators and the large herds of grazing animals no longer exist in that dance with the grasslands, we try to mimic that relationship. We bring in cattle as the ruminants, and we bring in electric fencing, which functions like the predators once did to keep the cattle bunched up, and then, as we move the fencing, the cattle move on to fresh pasture. The pasture where the cattle recently grazed then flourishes from everything that the cattle left behind – the manure, urine, saliva and the disturbance. We’re really ranching like a prairie would ranch, as if the grasses really matter, as if the wildflowers matter, as if the voles matter, and as if the soil matters.

“California grasslands have some of the highest plant species biodiversity of all grasslands in North America. People don’t view California as a prairie state, however, our prairies are incredible. On one ranch alone, we have 157 species of plants, and we never planted a seed. This is the result of our stewardship and management approach of working with nature to provide abundance and build biodiversity.”

Elizabeth and Paul Kaiser met in Gambia, Africa while in the Peace Corps. Paul worked on Agroforestry projects and Elizabeth was involved in improving public health. In 2007 they started Singing Frogs Farm in Sebastopol, CA.

In an interview I conducted with them, Elizabeth described the biodiversity on their 8-acre farm: “One of the first things we did was plant perennials. If you walk through our fields you won’t go more than 150 feet without passing by a large grouping of perennials, usually in the form of a hedgerow. That’s also true all around the perimeter of the farm. We used our own funds for about a third of those plants. We also got USDA funding through our local regional conservation district to put in 3,000 Sonoma County native pollinator-friendly plants over nine years. As those have developed, there’s just been an amazing transformation of the life on this farm.”

Paul added, “All of those plants have an indirect economic benefit in that they also harbor beneficial insects. Plenty of research has shown that perennial plants tend to harbor beneficial insects whereas annual plants tend to harbor pest insects. By creating huge hedgerows of perennial bushes, every 100, 150 feet throughout all the fields and all around the perimeters of the farm, we’ve created substantial habitat that has dramatically increased the overall quantity and diversity of beneficial insects and pollinators on the farm.”

Paul and Elizabeth are wonderfully complementary and often finish or expand on each other’s thoughts. “Most of our crops are annuals,” Elizabeth said, “but the perennials are just as important. They’re pulling up different nutrients, they’re shedding their leaves, they’re providing habitat for pollinators and beneficial insects and beneficial animalssuch as snakes and songbirds that are eating pest insects.”

The Kaisers maximize their small scale by farming intensively, planting 3-8 sequential crops per year on each bed and in some cases two different crops inter-planted in the same bed. Their modus operandi is to grow as many different plants as possible. Growing a diversity of food crops enables them to offer a wide variety to their customers through their CSA and local farmers markets. That diversity is also a benefit to the soil, as a variety of plants feed the soil microbes a wider spectrum of nutrients when they break down and decompose. As a result of that and other regenerative farming practices, Singing Frogs Farm has increased soil organic matter, an indicator of soil carbon and soil health, by 400% in just six years.

Regenerative farmers and ranchers are working to change the conventional agricultural mindset that nature is the enemy that must be attacked and eliminated with pesticides, herbicides and habitat destruction. Instead, ranchers and farmers like Doniga Markegard and the Kaisers are figuring out ways to live in harmony with wildlife and still have a productive operation.

Doniga offered me an example: “Our ranches are part of a rangeland monitoring coalition with Point Blue Conservation Science, which carries out a number of studies on threatened and endangered species. On our ranch, we have a high population of red-legged frogs in our stock ponds that my husband built. They wouldn’t be there without the rancher and the cattle. We have some rare and endangered plant species because those plants evolved with grazing animals. Without those grazing animals, the biodiversity plummets.”

Biodiversity is a cornerstone element of regenerative agriculture. Regenerative ranchers and farmers are bringing vibrant, diverse life back to working landscapes by designing their systems in ways that reflect the dynamism and life-promoting forces of nature. The notion that ecosystem degradation is inevitable on lands that produce food is being challenged. Singing Frogs Farm and the Markegard Grass-Fed operations are elegant examples that demonstrate that successful farming businesses can also be good stewards of the land by supporting a wide diversity of life.