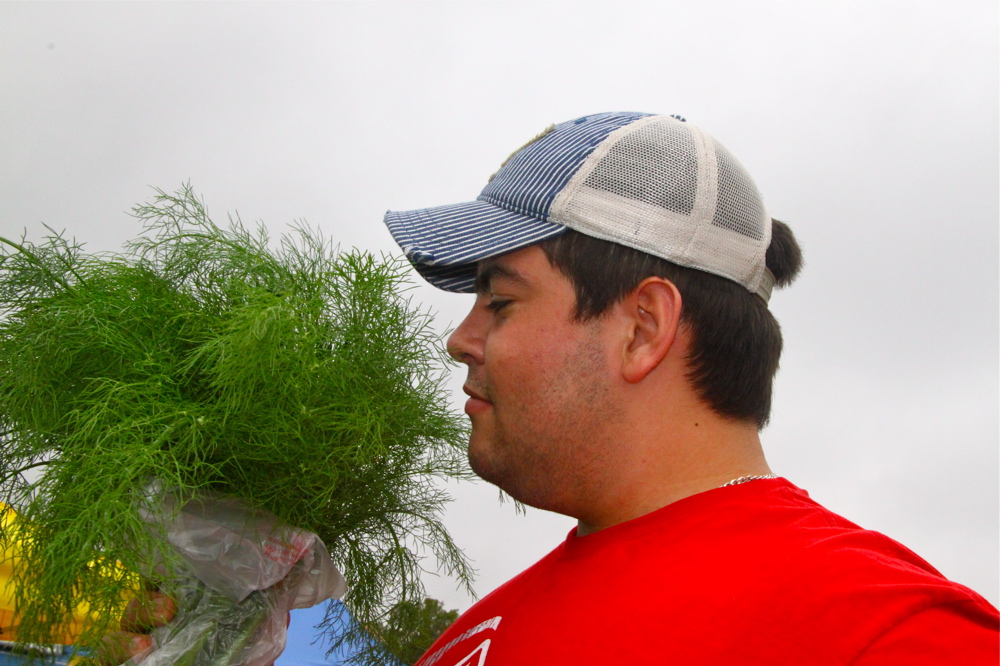 What’s missing from the list may be the most important consideration of all, climate.

When we talk about the food system’s impact on climate change we are not just tinkering around the edges of the problem; 24-33 % of all greenhouse gas emissions can be traced back to food production, distribution, consumption and waste.

Ben Houlton, of UC Davis, studies the greenhouse gas emissions of food production. According to Houlton’s climate models, a vegan diet reduces your carbon footprint more than any other dietary choice, and a Mediterranean diet, which many health practitioners promote as a heart healthy diet that lowers risk for a variety of diseases, is almost as climate friendly. Turns out what’s good for the planet is also good for the body. That makes sense, but most people don’t make the connection. As a people, we have lost our way; we operate under the illusion that our personal wellbeing is independent from the health of the planet.

The dominant culture imposes an anthropocentric view of the superiority of human existence that assigns value to all other life forms and ecosystems only as far as they are useful to human ambitions. But Indigenous people know that the river is alive. That eco-centric worldview recognizes the intrinsic value of all life and respects the rights of nature. “Rather than treating nature as property under the law, the rights of nature acknowledges that nature in all its life forms has the right to exist, persist, maintain and regenerate its vital cycles.”

Acting from an eco-centric worldview just may be the saving grace that can help moderate a wildly disharmonious climate, but where do we start? The prominent American food writer MFK Fisher said, “First we eat, then we do everything else.”

Ben Houlton makes a compelling point on food’s impact on climate. “Our studies are showing that the Mediterranean diet-which is rich in nuts and beans and has a lot of fish, maybe chicken once a week, maybe red meat only once a month-if everyone were to move toward it, it’s the equivalent of taking about a billion or more cars of pollution out of the planet every year.” A billion cars, not incidentally, is roughly all the cars currently on the road worldwide.

What is it about the vegan and Mediterranean diet that helps reduce our personal impact on climate change? Primarily, it’s the reduced consumption of meat. Most meat comes from CAFOs (concentrated animal feeding operations) and the environmental statistics of CAFOs are hard to swallow. Livestock globally emit 18 % of all greenhouse gases (more than transportation); one third of global grain goes to feed livestock; in North America half of all synthetic fertilizers are used to grow grains; nitrogen fertilizers emit 75 % of agricultural nitrous oxide, a greenhouse gas 300 times more damaging to the climate than carbon; and half the energy used by agriculture is used to feed livestock.

When cows convert protein from grains to protein of meat there is a 7:1 (some studies show up to 16:1) loss in that process. The toxic byproducts of CAFOs are extremely damaging to the environment and CAFOs inefficiencies in protein production are an extravagance the climate cannot afford.

There are many ways that CAFO meat exacerbates climate change, but not all meat is equal. And this is what, for the most part the very good documentary, Cowspiracy missed. The climate equation of grass fed livestock can be very different when looking at the entire system. Grass fed cows still burp and fart emitting methane (a greenhouse gas 25 times more potent than carbon), but at a rate 40% less than CAFO cattle and when cattle are managed holistically using carbon farming practice like pulse-grazing (highly managed grazing with attention towards duration and intensity) with a keen eye towards environmental impact and managing the pasture to promote deep rooted perennial grasses, there can be a net climate benefit as the system captures carbon and holds it in the soil. People will argue that grass fed beef is much more expensive than feedlot beef. That’s true, but this is where ecology, economy and personal health merge. People, due to grass fed beef’s expense, will buy and eat less, which is healthier for people and the planet.

Ariel Greenwood formerly managed pastured livestock on a 3000 acer preserve in Sonoma, CA. Her primary goal was ecological restoration with healthy meat production coming as a result of ecosystem considerations like “how does this [area] need to be grazed and am I able to pull that off. Some hillsides need a lot more restorative, sensitive grazing, others can take a lot more impact. Time of year matters significantly in that respect. How dry is the ground? How wet is the ground? All of these questions in anticipation of moving 120,000 pounds of animal across the area.”

That’s how an eco-centric rancher plans her day, with keen observation, listening to and learning from the land, and working in symbiotic relationship with nature’s wondrous complexity.