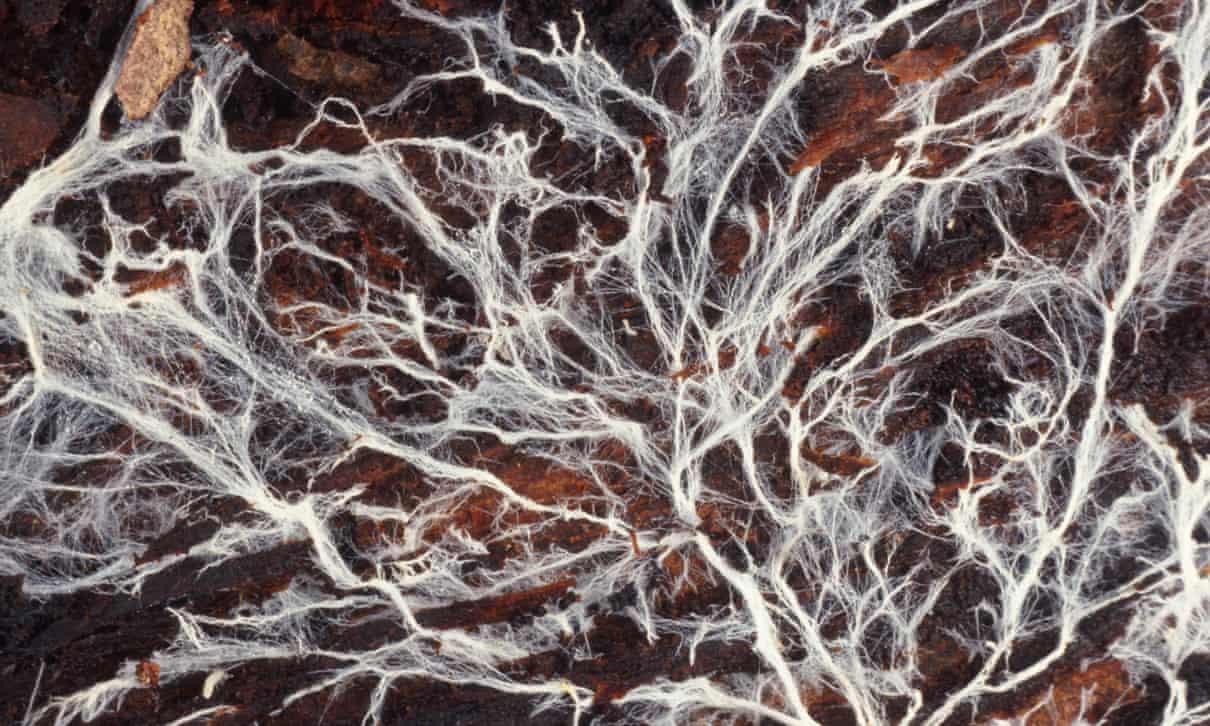 Dr. Kris Nichols works with farmers to use the power of soil biology to regenerate agricultural soils that produce healthy food, and a healthy planet by reducing agriculture’s greenhouse gas emissions, sequestering carbon in soil, and producing nutrient dense foods. Dr. Nichols, previously a research soil microbiologist with the USDA and the Chief Scientist at the Rodale Institute, is the founder and principal scientist of KRIS Systems Education and Consultation. Arty Mangan, Bioneers Restorative Food Systems Director, interviewed Dr. Nichols at the EcoFarm Conference.

ARTY: What is the main problem with agriculture?

KRIS: We need to re-carbonize our soils. Our soils are depleted of the carbon resource that is especially important for water and nutrient management.

ARTY: Why is carbon so important in agriculture and life in general?

KRIS: Carbon is one of the building blocks for pretty much all life. I say pretty much all life because while there are exceptions, almost all life is carbon-based, meaning that every cell, every enzyme, every protein has a carbon backbone to it. Producing the energy for living cells to function and for people to do work, move, etc. requires cycling of carbon. That’s the way that cells get energy, but the source of that energy is from sunlight that was captured initially via photosynthesis by plants.

ARTY: How do soil, carbon, microorganisms and water interact?

KRIS: As we re-carbonize our soils by building up organic matter, our soils do a better job of being able to cycle nutrients. Carbon is used to feed microorganisms that are going to break down organic matter. They break down minerals and release nutrients that the plants need to grow.

The microorganisms engineer aggregates to provide a habitat to live in and protect them from larger organisms that can’t penetrate into the aggregate. Inside the aggregate there are minerals and organic matter that the smaller microbes – the bacteria and the fungi –  feed on. They eat and then release those nutrients and then the fungi’s hyphae funnel the nutrients out of the aggregate and into the roots of the plant.

Aggregates are little pellets that bind together in the soil. Those pellets are really important because the organic matter that is within those pellets has a slower decomposition rate. One of the ways in which we can sequester carbon is by reducing the time that it takes for a molecule to decompose. When decomposition happens, you get oxygen that will come in and break apart carbon bonds and create carbon dioxide. That carbon dioxide goes back up into the atmosphere where there’s an excess that is creating climate problems.

Between the aggregates there is pore space or open space in the soil. Open space is really important to the management of water in particular, but also can be important to the exchange of gases that allow for the roots as well as the organisms to respire, to take in oxygen and give off carbon dioxide.

When it comes to water, you want the pores to be continuous so that a column of water can come into the soil and move into that open space around the soil aggregates. That open space has to bend and curve and move around the aggregate. Those bends and curves are really important to increasing the overall volume of the pore space. The bends and curves increase the amount of soil surface for water to be able to enter, so you can hold more water in the soil.

We want to get as much water as possible into our soil, as fast as we can, so having a lot of that open space, allows for a lot of water to get in very quickly. But because it doesn’t rain every day in most places, you want to make sure that that water is going to stay in the area around the roots for as long as possible. Gravity is constantly pulling water down and the sun is constantly pulling water out by evaporation. If it has to move and bend and curve, it takes more time for gravity to pull it down or the sun to evaporate it, so you can hold more water for a longer period of time when you have soil that’s well aggregated.

ARTY:  A revelation for me is how mycorrhizal fungi not only supply a plant with food, but also brokers and exchanges nutrients among different plants.

Instead, in soil with healthy microbial communities, the plant gives cues to different organisms. They give the cues via the carbon that they feed to the mycorrhizal fungi and the phosphate-solubilizing bacteria, as well as the nitrogen fixing rhizobium bacteria.

ARTY: It seems like there’s a very sophisticated microbial civilization operating in the soil. You said it yourself, “Humans can’t do this better.”

KRIS: We can’t. The mycorrhizal fungi have been associated with plants for over 400 million years. So, they’ve really been able to figure out how to optimize what’s happening in the system, and be able to do it at the highest level of efficiency. You don’t stick around for hundreds of millions of years if you don’t know how to do this well. Having that type of a relationship is incredibly important to our agricultural systems, and always has been. We just haven’t recognized it.

ARTY: How can this process be optimized in farming systems?

KRIS: To optimize these relationships, the first thing is to make sure that all of the organisms that are involved are able to have a good consistent food source. You wouldn’t be very happy and you couldn’t function very well if you only got fed for three or four months out of the year, but you were required to do a job all year long. What we want to do is make sure we’re giving a consistent food source. That means having plants growing in the soil as much as possible, reducing the amount of time that you have nothing growing because that is dead time. That happens in a lot of our agricultural systems where it’s too cold in the wintertime or you have snow cover. You may not have something growing during that time, but you can reduce the window of that time to the minimum possible so you can keep these organisms growing.

ARTY: What are the best ways to nurture healthy mycorrhizal fungi in your agricultural soils?

You want to reduce the amount of disturbance to the soil from tillage. Tillage can physically rip apart the fungal hyphal strands. What ends up happening is the fungi have to put energy into re-growing the network and reconnecting to all of the roots as opposed to trying to extend that network and making aggregates or other types of molecules that may be beneficial to themselves and plants.

ARTY: What happens when you put synthetic fertilizers in the soil?

When the synthetic nutrients that you added are no longer available later in the growing season when the plant has its highest level of nutrient demand during the reproductive phase, it can’t get the nutrients it needs very easily because they’re gone. It will have to try and get the mycorrhizal fungi to grow, and it will give off carbon trying to attract the mycorrhizal fungi to its roots. That can take energy and vital resources away from the plant and requires water – the molecules are soluble- at a time when soils are typically the driest.

It’s going to be really hard for the plant to yield as high as you would like it to because it’s short of food and it’s taking a long time for it to get the nutrients that it needs. The plant also has to waste some water in trying to get it there, water that it should be using for cellular activity and to create progeny or to create the grain that you’re looking for.

ARTY: How do we move towards an agriculture that promotes the biology that you’re talking about?

KRIS: I ask farmers that I work with to utilize biological tools before thinking about using chemical or mechanical tools. I recommend utilizing organisms that are already present in the system or will move into the system as we provide the right conditions for them to thrive. It’s something that can help the farmer to be overall more profitable because you’re not spending money on the inputs. You’re not spending money providing the nutrients and the pest protection.

Agriculture, especially in the last 20 to 30 years, has become someone handing you a cookbook and telling you, as a farmer, exactly what to do and you don’t have to think about it. We need farmers not only to provide food but also to be able to figure things out and innovate. We can get multiple benefits from agriculture including benefits to ecosystem services.