Rethinking the Relationship Between Agriculture and Water 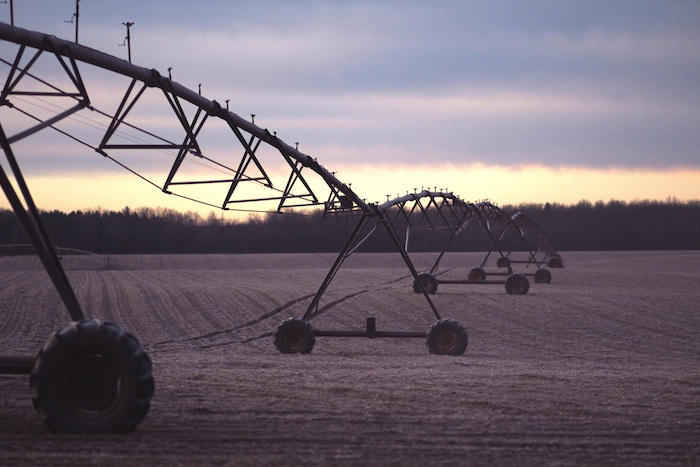 The New York Times front page photo was incomprehensible: it showed Joseph Poland of the U.S. Geological Survey standing by a telephone pole in the San Joaquin Valley with a sign 30 feet above that read 1925. The sign marked where ground level had been 90 years ago. Due to a phenomenon called subsidence, the ground has dropped almost 30 feet, a result of regularly over-drafting groundwater.

I couldn’t wrap my head around it.  How was that possible? Well, when aquifers in the Central Valley are overdrawn, the water no longer helps hold the natural structure of the layered clay aquifer walls, and they collapse into the void that is left. So the ground sinks.

California has never regulated its groundwater. In 2014, the Sustainable Groundwater Management Act was passed, but without specific guidance for the design and structure of groundwater management.

A new report, “Designing Effective Groundwater Sustainability Agencies,” lays out a framework for successful groundwater governance. Coauthor Andrew Fisher of the University of California Santa Cruz said, “California has been over-pumping groundwater for decades, by millions of acre-feet per year…. The Sustainable Groundwater Management Act provides a once-in-a-lifetime opportunity to change how groundwater resources are managed and to put basins on a path towards water security.”

In the Salinas Valley, California’s second largest agricultural region, they face a different issue caused by overdrawn aquifers: salt-water intrusion. Increased salinity from seawater intrusion of coastal aquifers ultimately makes the aquifers unusable for domestic or agricultural use, and the problem will only worsen with sea-level rise. The Salinas Valley Reclamation Project treats wastewater from northern Monterey County municipalities to tertiary standards (filtered and disinfected to drinking water quality).  That recycled water is used to irrigate 12,000 acres of farmland in the northern Salinas Valley to offset well pumping and to inhibit seawater intrusion. The recycled water has successfully arrested increased saltwater intrusion and has prevented salt water from entering the aquifer farther inland. Such water recycling typically uses less energy than groundwater pumping or importing water from long distances, as Southern California does.

But perhaps the most radical idea for rethinking the relationship between agriculture and water is one I heard from organic pioneering farmer Tom Willey at the CalCAN (California Climate and Agriculture Network) Summit at UC Davis last year. He suggested that the way to restore long-term agricultural viability in California’s Central Valley was to look to nature and mimic her methods that sustained ecosystems and built fertility over eons; allow the valley to seasonally flood like it did before the construction of dams and aqueducts restricted natural hydrological processes, so that over time the aquifer can recharge.

Now, that would come with a high cost economically and politically because it would mean farmland lying fallow, at least for some time. But long-term exploitation and disregard for the stewardship of a precious resource like water has led to this crisis. Looking to nature through the lens of biomimicry is not a wild abstract idea, but a prudent and powerful way to regenerate ecological health and ensure long-term sustainability of our food-producing landscapes.