Seeds: One of Our Most Precious Resources at Risk 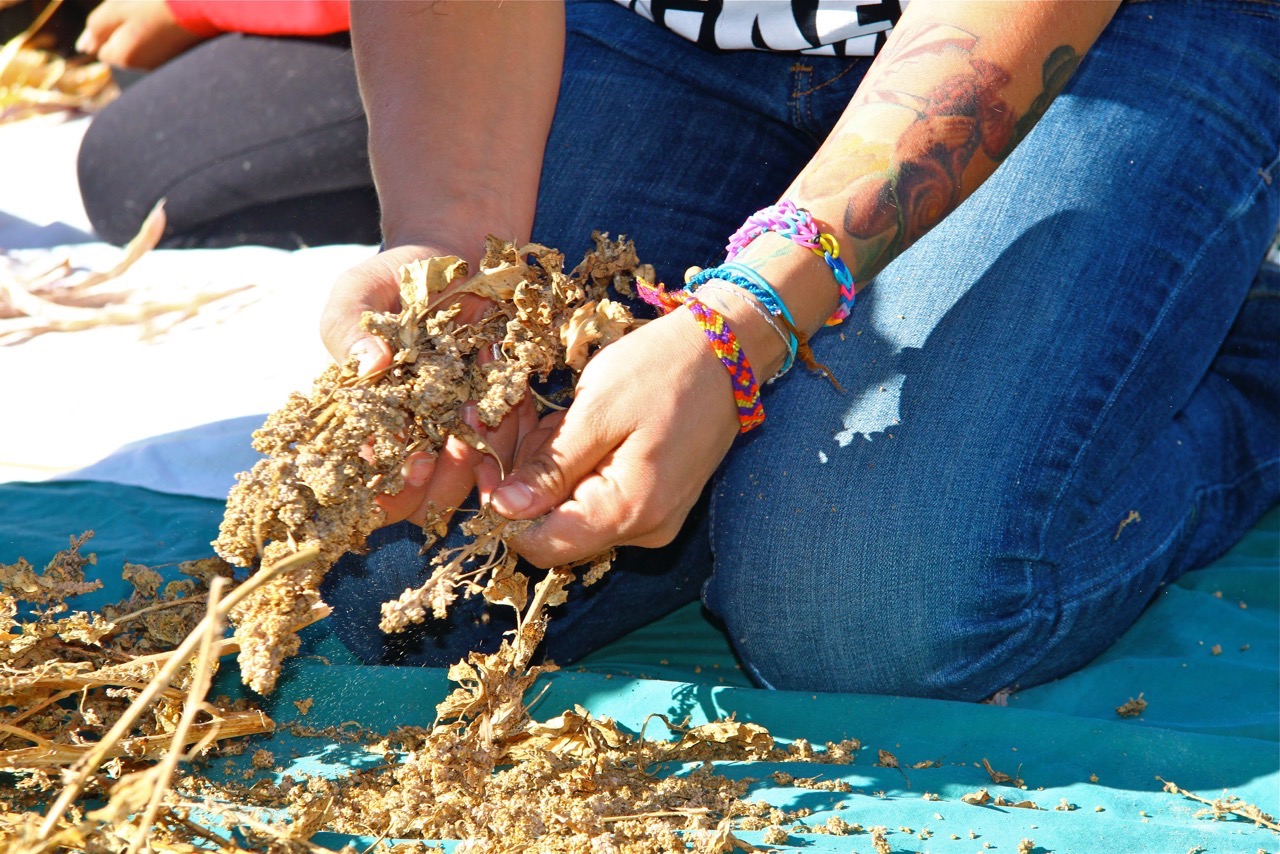 “All the traditional seeds are like brothers and sisters. It was mostly the women who kept the seeds. My mother told me she had to trade seeds with my “Tia” in Ohkay Owingeh because every five years we have to keep rotating the seeds to invigorate them with other seed sources from the different waters: Rio Embudo, Rio Grande, Rio Santa Cruz, Rio Chama.”… Estevan Arrellano,  New Mexican historian

Seed saving was once a central part of people’s cultural lives and an essential aspect of food security. Even though most people may not think much about seeds anymore, they still play a profound role in our lives. Plants are arguably the keystone kingdom of life, given their unique ability to photosynthesize the sun’s energy into vital carbohydrates, which in turn feed animals, people and microbes.

Seeds from food crops embody the evolutionary genetic information of thousands of years of adaptation. Season after season, they dynamically respond to environmental conditions. Protected within the seed coat, lying dormant are the plant embryo and the stored nutrients the mother plant has provided to ensure the greatest opportunity for success of the next generation. When conditions­ – soil temperature, day length and moisture­ –  are right, the seedling emerges and thrives on those stored nutrients until it has the capacity to gather nourishment from the surrounding environment through the development of new roots.”

THE GENESIS OF AGRICULTURE
The genesis of agriculture involved farmers selecting and saving seeds from plants that had the characteristics they most desire, such as flavor, stature, and resistance to drought. 10,000 years ago, the first farmers gathered seed heads from wild grasses in the Middle East, grew them out and selected and bred for what has evolved into modern day wheat varieties.

The cultural story differs with each plant, but the process is essentially the same. The dynamic legacy of seeds nurtured by the symbiotic relationship between people and plants has traditionally been driven by farmer-based knowledge and skills.

SEED MONOPOLY
Unfortunately, we now have a troubling loss of diversity and monopolistic control of the most fundamental source of our food. Perverse patent laws allow corporations to own life-forms through their genetically engineered seeds, and three chemical companies now control more than 60% of the seed market. Governments around the world have approved these mergers, leaving no way for citizens to sue or break them up. Even more disturbing is the fact that these companies continue to buy up seeds and then “shelve” them as a way to eliminate competition, further limiting the diversity of seeds that farmers can buy and plant.

Before 1924, the USDA sent their employees around the world to find seeds that fit eco-niches in the U.S. and then gave the seeds to farmers for free through their local representatives. But big business saw seeds as a potential commodity and, throughout the 20th century, pushed farmers into the system we have today.

SEED DEMOCRACY
A new seed democracy is more important than ever. Each year at the Bioneers Conference hundreds of people gather to exchange seeds they have saved. This simple act helps to adapt seeds to the local environment, preserve biodiversity and maintain some measure of democratic control over seeds in the face of global monopolization of this precious resource. In contrast to global seed monopolization, the seed exchange is a sharing community of grassroots gardeners and small farmers who are carrying on the thousands-year-old tradition of exchanging open-pollinated seeds. Saving seeds advances local food sovereignty and extends the legacy of participation in the co-evolution of people and plants.

Our partner-hosts in the seed exchange not only share their treasure of unique seeds, but also provide a great depth of expertise on seed varieties and planting and growing conditions. Find out more about them: The Occidental Arts and Ecology Center,Tesuque Pueblo Tribal Farm, Richmond Grows Seed Lending Library, and The Living Seed Company.