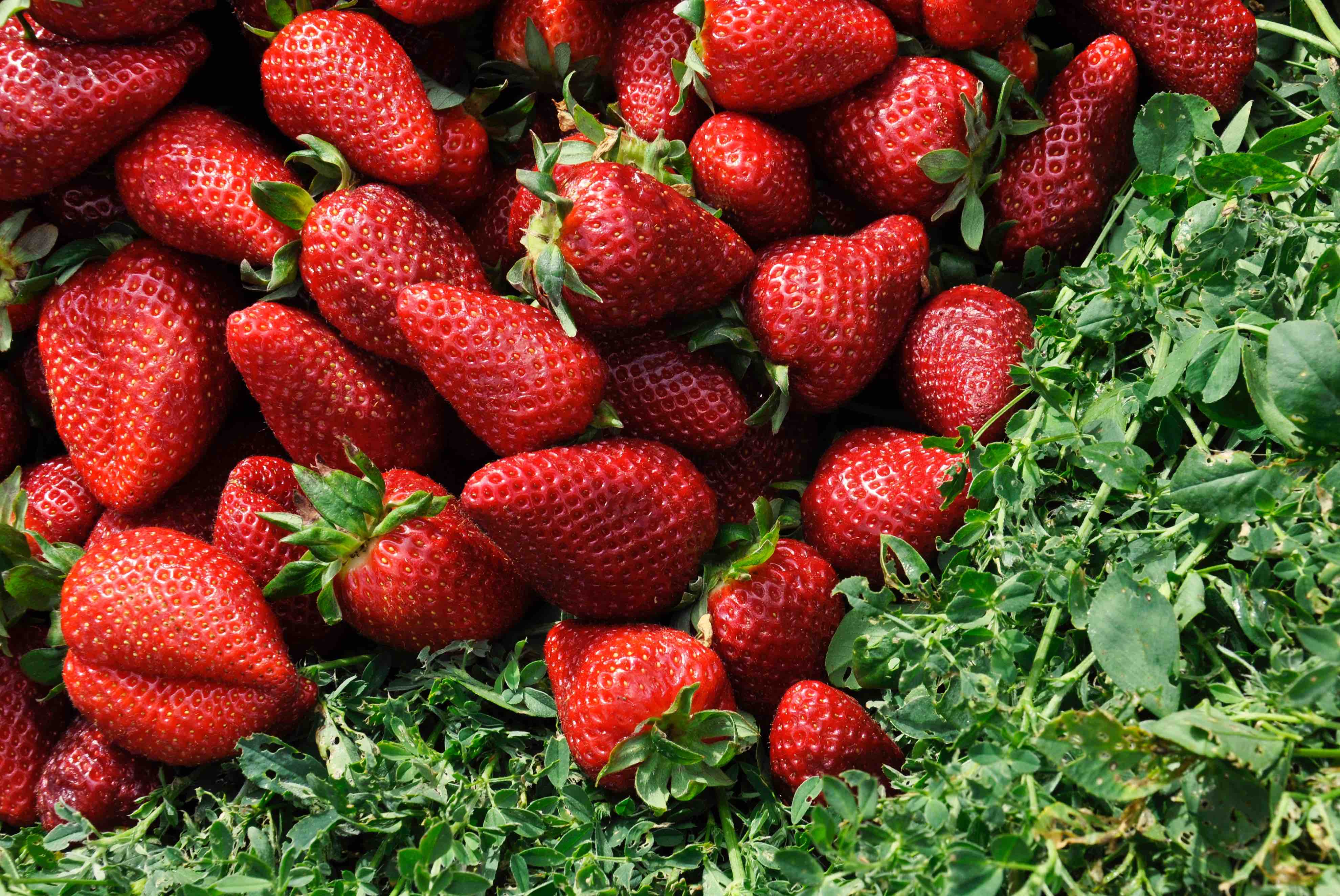 Organic strawberries protect the ozone layer as industrial agriculture trades one toxic chemical for another.
By Arty Mangan

“Living is easy with eyes closed, misunderstanding all you see.”
– John Lennon

In the early days of Odwalla, “BC” (before Coca-Cola bought it), the juice plant was a state- of-the-art remodeled brussels sprouts packing shed that stood on the cliffs of Pacific Coast Highway One. Just up the road was Swanton Berry Farm, run by one of America’s truly great, innovative farmers.

Jim Cochran was the first commercial organic strawberry grower in the country. He was also the first organic farmer to unionize his work force, when he invited the UFW in to “formalize the professional relationship we have with our employees as co-partners.”

Jim would harvest his utterly delicious organic strawberry seconds— the fruit that was misshaped or too small for market – and deliver them to the juice plant, with which we (I worked for Odwalla in those days) would promptly make strawberry lemonade, a euphoric nectar, thanks to the Swanton strawberries- genus fragaria named for their fragrance- suitable to serve a potential lover during an artful seduction.

Initially Jim was told that it was impossible to grow strawberries organically for commercial markets. The conventional “wisdom” was that without sterilizing the soil with methyl bromide – a highly carcinogenic soil fumigant that burns holes in the ozone layer- growing strawberries for market just couldn’t be done.

But Jim through crop rotation- artichokes, cauliflower and broccoli are part of his mix- and other organic fertility management practices, created optimum conditions for a healthy soil food web instead of destroying the soil biology with methyl bromide, proving conventional wisdom dead wrong to the culinary and ecological delight of his customers and his land.

In 2002, Jim Cochran received the EPA’s Stratospheric Ozone Protection Award for being the “pioneer…in developing the technology of farming strawberries…without relying on the soil fumigant methyl bromide”.

Nutritionally strawberries are rich in vitamins C and B and contain good amounts of potassium, iron, and dietary fiber. Conventional strawberries, however, are notorious for consistently being among the foods with the highest pesticide residues.

Methyl bromide under the Montreal Protocol on Substances that Deplete the Ozone Layer and the Clean Air Act was phased out in 2005, but strawberries were given an exemption because there was no feasible alternative; apparently they neglected to talk to Jim Cochran about that.

In 2007 the EPA approved methyl iodide as an as alternative to methyl bromide. Methyl iodide does not cause ozone layer depletion, although it is, according to the Pesticide Action Network, “so reliably carcinogenic that it’s used to induce cancer in the lab.”

California has proposed more stringent regulations on its use but at the same time seems to have largely ignored the California Scientific Review Committee findings that “any anticipated scenario for the agricultural…use of this agent would…have a significant adverse impact on the public health.”

Unless there is a substantial public outcry the chemical will become legal in California, which grows almost 90% of the nation’s strawberries. The comment period has been extended to June 29. Comments can be sent tomei_comments@cdpr.ca.gov.

Dr. Miguel Altieri, agro-ecologist from UC Berkeley, describes the flaws in the industrial agricultural methodology and mind set saying, “Each ecological disease [in this case ozone depletion] is usually viewed as an independent problem rather than what it really is- a symptom of a poorly designed and poorly functioning system.”