Transitioning to a Crisis-Resilient Agriculture 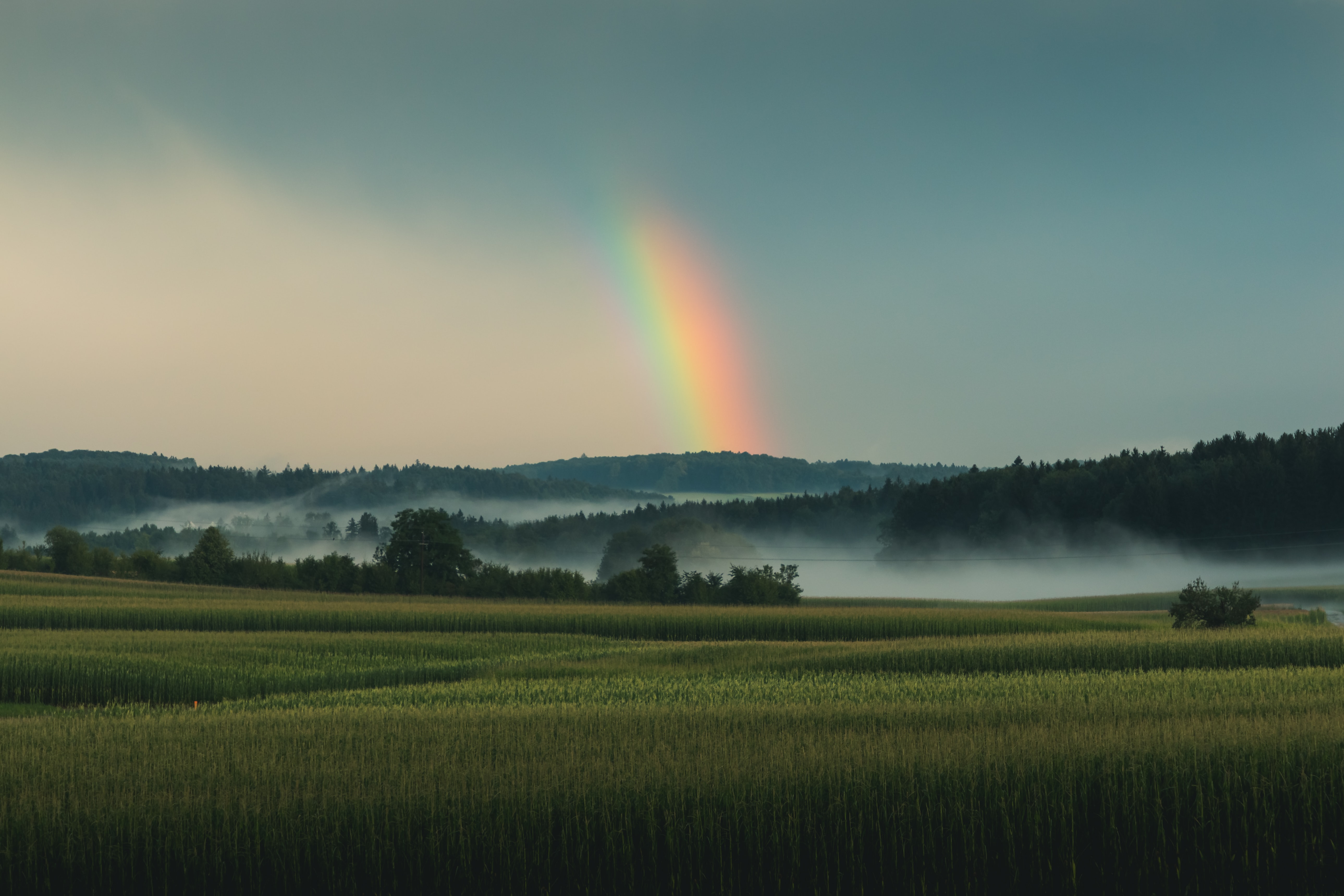 Fred Kirschenmann, a Distinguished Fellow at the Leopold Center for Sustainable Agriculture, is a persuasive advocate for soil health and agricultural resilience and a farmer of 1,800 certified-organic acres in North Dakota. Dr. Kirschenmann was interviewed by Arty Mangan, Bioneers Restorative Food Systems Director

ARTY: A recent post on the UN Food and Agriculture Organization’s website said the world risks a looming food crisis unless measures are taken fast to protect the most vulnerable, keep global food chains alive, and mitigate the pandemic’s impacts across the food system. Is the food system structured to be able to withstand crises like pandemics and climate change?

FRED: Ernest Schusky in 1989 wrote Culture and Agriculture: An Ecological Introduction to Traditional and Modern Farming Systems. Schusky, an anthropologist, asked the question: How have we humans fed ourselves ever since we’ve been on the planet? He points out that humans evolved roughly 200,000 years ago, and for the first 190,000 years, we were not food producers, we were food collectors, we were hunter/gatherers. For 190,000 years, we simply lived in our own bioregions and collected the food from wild plants and hunted animals in the region.

It wasn’t until about 10,000 years ago that we became food producers. He called that slash-and-burn agriculture because what we basically did was collect the seeds from plants that we had been eating, cut down the perennial grasses and trees and burned them, and then planted those seeds. We also started to domesticate the animals that we liked to eat. That’s how we then fed ourselves until the middle of the 1800s.

We started, what I would call, the whole industrialization of our culture by the middle of the 17thcentury. René Descartes said first that we had to become the masters and possessors of nature, and Frances Bacon said we had to bend nature to our will. That kind of relationship and approach to nature began to be incorporated into agriculture basically in 1840.

In 1828, Carl Sprengel came up with the concept of the law of the minimum. How do you get the maximum output for the minimum input? In 1840, Justus von Liebig applied that concept to agriculture in his book Organic Chemistry in Its Application to Agriculture and Physiology. He was the one who first came up with the NPK [nitrogen, phosphorus and potassium] concept: by just putting those three elements into the soil you get the maximum yield and the maximum return. That was the beginning of our input-intensive agriculture.

Ernest Schusky points out that this input-intensive agriculture is going to be one of the shortest periods of how we do agriculture in the timeline of human history. The reason is because all of these inputs that we’re using are old calories and therefore they’re not renewable. At some point, we’ll use them up and then we can’t feed ourselves that way anymore. I would argue that we’re at that point now, where we’re reaching the end of the old caloric era. The best example of how that’s already happening is David Montgomery’s book Growing a Revolution: Bringing Our Soil Back to Life in which he featured eight farms who recognized that the input-intensive system caused them to lose money. So, they began to transition to a different kind of agriculture where they were using the natural resources of nature to produce their food.

ARTY: How do you define resilience in a food system?

FRED: Resilience is a system’s self-renewing capacity. The interesting thing about Justus von Liebig’s book is that 23 years later he published a second book in which he said that he was wrong about emphasizing NPK for maximum return. In his second book, The Natural Laws of Husbandry, he said we have to look at the soil and the self-renewing capacity of soil.

Farmers are in the very early stages of beginning to recognize that they need to pay attention to the self-renewing capacity of soil, which is what regenerative agriculture at its best is really all about.

Earl Butz, the Secretary of Agriculture [under Nixon and Ford], said that farmers had to get big or get out, and that they had to farm fence row to fence row. That became the mission of farmers, and to accomplish that they use those NPK inputs.

As the costs have continued to go up, farmers can’t do that anymore. Take phosphorous for example, only four countries still have rock phosphate, which is the source of phosphorus. In 1960, phosphorous was $60 a ton, now it’s $700 a ton. As they continue to deplete those resources, it’s not unimaginable that at some point in the next 10 years, phosphorus will become $2500 a ton. Economically, that won’t work anymore.  We’ll then have to look at how to farm using self-renewing systems, and the soil is the foundation of that.

Farmers like Gabe Brown have demonstrated that managing the soil is good agricultural economics.

Most farmers now are spending almost $4 a bushel to raise corn. Gabe Brown, who is improving his soil’s self-renewing capacity, is raising corn for $1.41 a bushel.

ARTY: Can we move from the extractive industrial system to a biological self-renewing system before the existing system fails?

FRED: John Thackara, who wrote How to Thrive in the Next Economy, points out, based on his travels around the world, that a lot of farmers have already made this kind of transition, and it is mostly smaller farmers. He sees that as a kind of revolution that’s in the process of happening.

I would argue that in the United States we have a bigger problem because of the get-big-or-get-out concept. Farmers now in the United States are almost 60 years old on average, and that means a lot of the farmers are in their 70s or 80s, and they have all operated by this get-big-or-get-out concept. They’re still trying to make monocultures work for them economically. But gradually it doesn’t work.

If you look at farm organizations in Iowa, for example, the farmers who are part of that old system, that get-big-or-get-out concept, are part of the more traditional farm organizations like Farm Bureau, etc. But in the new organization, Practical Farmers of Iowa, farmers are mostly under age 50 and they are not interested in the get-big-or-get-out concept. They’re interested in how to put systems together that are self-renewing and self-regulating.

It’s going to be a long transition. How we make that transition of land ownership, so these younger farmers can get access to land, is definitely going to be one of the big challenges. I think there are going to have to be some government policies to help make that happen.

ARTY: How do you see that transition happening?

During the whole century-long industrialization process, we moved people off the farms into the cities because that’s where the jobs were. But now we’re reaching the point where it’s forcing us to rethink that. How we eat is going to be a part of that.

I know some people who’ve written about the ‘re-ruralification’ of America. As we move into this post-industrial period, the concentrations of people in cities working in factories is not going to be the way the economy functions. There are going to be more people moving out of the cities into more rural communities where they will begin to not only work together in terms of how they can have a productive life, but also how they will eat. I think we’ll begin to see more bioregional food systems and regional economies.

One of the resources I’ve found interesting is E.O. Wilson’s most recent book Half Earth. If we want to truly have a resilient society and a resilient culture and biology, then we have to recognize that wildness needs to be half of how the Earth is functioning. That’s another big transition.

If we want to use nature as the model of how we think about the future, we have to consider that whenever any species reaches a population which puts it out of the self-renewing capacity of its culture, nature doesn’t support it anymore. Humans are probably a part of that. This isn’t saying that we tell people you can only have one or two children. As we do know from many places on the planet, when you empower women, the population numbers go down considerably.

In the longer term as we think about the future, we need to think about what is an appropriate number of humans as a population as a part of a life on planet Earth. Then we can begin to consider having half of the Earth in wildness as E.O. Wilson suggests we need for long-term sustainability.

ARTY: Local food and urban agriculture are often offered as the answer to food security, but don’t we need non-local supply as well to provide a hedge against the disruption of a local food supply?

FRED: We need to transition from having only a very small percentage of the population producing all of the food. As we go through the transition of the ‘re-ruralification’ of America, then there will be more people involved in producing food in their own communities.

In terms of local ecologies, it’s not just the farmers, it’s people in a whole bioregion. They can’t continue to get inputs from outside in order to do what they want to accomplish. They have to use their own resources in their own bioregion and use them in a way that they get renewed in the process of using them. That’s the emerging culture that’s developing.

ARTY: Cities, counties, and states now are all prioritizing resilience planning, but food systems and food security seem to be overlooked.

FRED: If you look at it in terms of the long history, we’ve gone through various cultural changes. I would argue that we’re at a point now where we have to make a new cultural change, and that’s not going to happen in five years.

The most recent IPCC [Intergovermental Panel on Climate Change] report pointed out that we only have about 10 years to make major changes in terms of climate change or else climate change will become catastrophic.

It’s the millennial generation and the younger generation behind them who realize this is their future that’s at stake. They are very passionate and energized about making changes as quickly as possible, otherwise their future is going to be in jeopardy. It’s going to be important for all of us who are part of the older generation to begin to recognize that it’s our children and grandchildren who are at stake. Is that going to motivate us to make the kinds of radical changes that I’ve been proposing? We’ll have to see how it plays out, but I think there’s a possibility it can happen.

We know what we can do and what we need to do. It’s making the transition from the industrial economy, which we’ve shaped for basically 100 years, into the post-industrial economy. Of course, corporations and others have made huge investments in the industrial economy. They want to try to keep that going as long as possible, but they also need to come to an awareness that since we only have 10 years, they’ve got to become involved in the change game as well.