Trump and the Humane Treatment of Animals 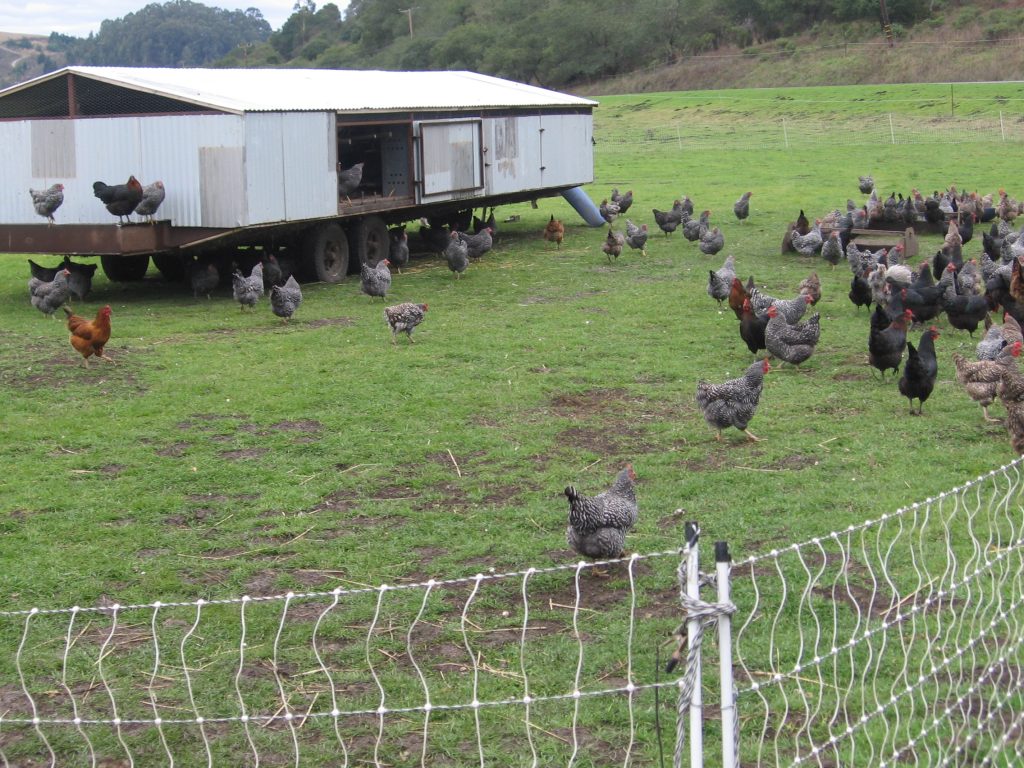 Behind the daily distractions of Trump’s fitful presidency, his administration is wielding power and making radical changes and it is nowhere more evident than in the regulatory agencies: FDA, EPA, Department of Energy, USDA, etc. It should be said that even before Trump, these agencies had many deficiencies in their often-weak efforts to fulfill their mission of protecting the public’s interest, but now any ability to serve that mission is under full frontal assault.

Even organic agriculture is not safe from the administration’s destructive overreach. The USDA wants to withdraw the Organic Livestock and Poultry Practices rule (OLPP), which was unanimously approved by the National Organic Standards Board (NOSB), widely supported by the organic industry and gained the approval of over 99% of the 47,000 responses from the public.

The rule is meant to distinguish organic animal husbandry practices from the gross inhumane way that livestock are treated in conventional concentrated animal feeding operations (CAFOs) where thousands of animals are crammed into confined space, living in their own waste, and eating an unnatural diet.

The innovative Virginia farmer Joel Salatin, who has pioneered the gold standard of animal welfare on Polyface Farm, said that a chicken has a right to express its “chickeness.” In other words, animals produced for food still have a right to express their instinctual habits and fulfill their biological destiny. Cows graze in pastures, chickens should have room to peck, scratch and roam in the sunshine, and when allowed to express their indigenous behavior in a proper environment free from industrial distress, animals grow to be vigorous, content, fulfilled beings that provide healthier food and also perform ecosystem services like enhancing soil fertility.

But as the OLPP tries to codify some life-promoting practices, the USDA prefers to favor the degenerative inhumane practices of the worst players who regard living sentient animals as nothing more than machines while economically disadvantaging producers who treat their animals with respect and compassion.

Mark Lipson, Senior Policy and Program Specialist for the Organic Farming Research Foundation was the Sustainable and Organic Agriculture Policy Advisor at the USDA under the Obama administration. According to Lipson, there are a few very large and influential organic egg producers who are taking advantage of some of the vague aspects of the organic standards on animal welfare by running huge animal confinement operations; they do not want to operate under a stronger more humane rule. Ironically, these entities are joined in their opposition by some non-organic producers who oppose any constraint on the CAFO system; so, the arguments against the new rule are based, in part, by companies that aren’t even organic.

Lipson said, “The withdrawal of the rule is probably illegal and an abuse of power by USDA and the Secretary of Agriculture. It’s not the end of organic, but it is problematic in terms of the efforts of the organic industry’s consensus to raise the bar on animal care and welfare. The Organic Trade Association (OTA) is suing the USDA. The court case will be crucial and people should be grateful that OTA has the resources and the commitment to take this to court. The comment period goes for a week from today, there should be a massive public response to say no to the withdrawal of what is one of the most strenuously worked on rules in the history of organic. It’s probably not perfect, but it does codify the best practices that many producers are using now, whether it’s the rule or not.”

Don’t let the Trump administration ignore the public’s interest and compromise organic standards. The organic industry has worked hard to create a healthy alternative to industrial practices that disregard the earth, people’s health and the welfare of animals. Make your voice heard, protect organic standards. The deadline is Jan 16.