Seeds Are Alive: An Interview with Emigdio Ballon 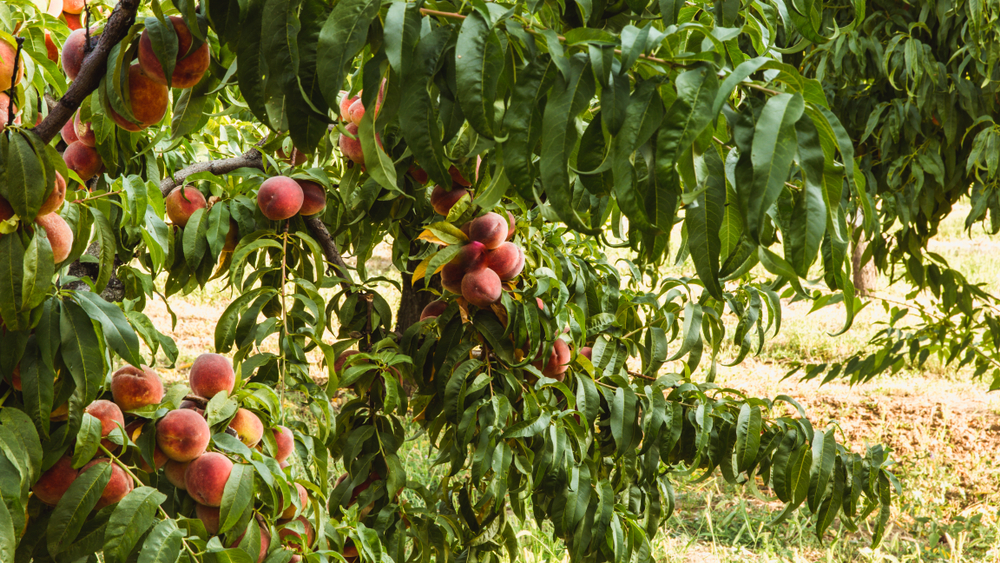 Emigdio Ballon (Quechua) was instrumental in bringing quinoa to the U.S. from Bolivia in the 1980’s, and worked with Seeds of Change in the early days with Gabriel Howearth and Kenny Ausubel (Co-founder of Bioneers). As the President of the Board of Four Bridges Traveling Permaculture Institute, Emigdio annually travels to South America (Bolivia, Peru, Argentina, Brazil and Paraguay) to share his seeds and agricultural expertise and train indigenous farmers. Emigdio Ballon, the Agricultural Director of the Pueblo of Tesuque, was interviewed by Arty Mangan, Bioneers Restorative Food Systems Director. Emigdio will perform the opening ceremony at the seed exchange at the Bioneers Conference.

ARTY MANGAN: Who are your influences and heroes?

EMIGDIO BALLON: Indigenous people, in ancient times, were sustainable and independent. I am influenced by traditional technologies and practices like the preservation of seeds.

We have to think about what’s important in life. Indigenous people, we have very high respect for the food and the seeds. Seeds are the beginning of life, and that’s why it’s important for us to have reverence, so when we plant seeds, we make special ceremonies.

I would also say that my heroes are my ancestors, my grandpa. And now in these times, Vandana Shiva, and the many other people who are involved in fighting against the patenting of seeds, transgenic seeds and genetic engineering.

ARTY: Describe the tribal farm at the Pueblo of Tesuque.

EMIGDIO: 20 years ago, alfalfa was the main crop at Tesuque Pueblo. The thinking was that alfalfa would bring in money. But  the environmental effects of alfalfa weren’t understood – the amount of the water needed and the amount of the legwork needed in comparison to edible crops.

But we have changed that, we’ve planted close to 750 fruit trees. We now have berries, peppers, plums, apricots, peaches, six or seven different types of apples, grapes, blackberries, raspberries, asparagus, edible crops, many medicinal plants. We now have so much crop diversity.

Also, we’re building our cob houses. We have a natural geothermal cooling and heating system. The way the world is today, anything can happen. But the Pueblo can thrive because we are prepared and have the ability to grow food in difficult conditions.

We also have a seed bank that we built 2011 from recycled materials. We used compressed tires in the foundation and straw bales and adobe for the walls. The most important thing is we didn’t hire a construction company. It was built with the hands of the people from the Pueblo, young people from the Pueblo of Tesuque. The spirits blessed us and guided us in building the seed bank. Besides the seed bank, we are using solar panels and have a solar dryer and a solar shower.

My principle focus is preserving the traditional seeds because for thousands of years indigenous people have been selecting the best crops, growing them out and saving the seed. The work and knowledge of Indigenous farmers are the basis of agricultural science.

We are also trying new things like growing vertically strawberries, tomatoes and all the seeds we have in storage in the seed bank to see how they grow in different types of situations and conditions. I don’t want to say that we discovered new things, but we’re taking techniques other people are already practicing to see if we have the same adaptability.

The way we work we try to do most all our activities by hand. We try using machines as little as possible. We use drip irrigation and micro sprinkler systems. Our micro sprinkler system is not very high. Maybe one or two feet high because we want to preserve the water in the dimension where evapotranspiration happens, so the plants don’t dry out from the heat.

The other factor is we are not irrigating in the daytime, only when we plant or in very extreme situations to refresh the plants. The rest of the time we irrigate at night.

ARTY: Are you saying that before you make a decision on some of your horticultural practices, you consult the spirits?

EMIGDIO: Definitely. I have a very long background in science. I have a few publications in magazines, my thesis was published, but the scientific world doesn’t give value to spiritual things or the practice of indigenous people. We have to talk with the spirits, we have to ask permission from the spirits. Yes.

ARTY: That’s a very traditional way of doing things. Are there other traditional practices that you use?

EMIGDIO: There is not a big difference between the practice of the Quechua or the Inca people, and the people here from the Pueblo. For example, before doing anything, we have to ask permission or make an offering. We have to give something to the spirits because the spirits give to us so many different things. Talking this way may sound a little crazy because I can’t prove the benefits and the effect of the spirits.

ARTY: Are those preparations biodynamic? Biodynamic agriculture has a spiritual component. Are you blending traditional indigenous practices with biodynamic?

EMIGDIO: Yeah. Biodynamics practices are very interesting because they relate to the spirit of connection because you have to make all these applications at sunrise or sunset. For my people, the Inca people, we have to look at the constellations and we have to look at the moon, also we have to look at the sun. We’re looking at all these elements. When you go to Bolivia to Titicaca Lake you have the Sun Gate or the Door of the Sun. If you look at it exactly when the sun is going to pass during the equinox, it is an indicator calendar for planting or harvesting.

ARTY: You mentioned all the different varieties of fruits, vegetables, perennials and annuals you’re growing. Why is biodiversity on the farm important?

EMIGDIO: When I finished college in my country, I was working with my people in the Altiplano area of Bolivia, and I began to tell farmers what I learned in university. I said, “Guys, we have to begin to separate these tubers – the color and the sizes – and we have to plant things separately.” Then I had a conversation with my uncle, he said to me, “You know what, I’ve been planting potatoes for seven years, and now you’re trying to teach me how to plant potatoes.” It was funny.

Hopi people and Quechua people have very similar techniques for planting in dry land. When you see the Hopi people, they’re planting not only one color of corn. They’re planting so many different colors of corn. And they practice dry land farming. They put one seed or five seeds or 10 seeds or 20 seeds in one hole. They are practicing what we call natural selection because some survive certain insects, some survive the dry conditions. When you ask me, “Why is diversity important?” my answer is, so that people can have something to eat.

EMIGDIO: My relationship with seeds goes back to when I was growing up. My mother was making business from one location to another location, from one community to another community, moving seeds all the time. I was traveling with her and taking different types of seeds to different Indian places. When I was young, I planted quinoa and potatoes with my grandfather. He put some seeds in my hand to plant, but I kind of ignored the relationship. Before my grandfather passed away, he put a bunch of seeds in my hand, and he said, “This is life.” At the time, I didn’t realize the significance of those words. But seeds have become an important part of my work for almost 34 years. That’s why I am very tied to the seeds.

ARTY: As a result of that, you built the seed bank at Tesuque. What types of seeds are you saving?

EMIGDIO: I mentioned my focus on traditional seeds: seeds for Hopi people, Navajo people, Quechua people, Guaraní people. We have different types of corn from Hopi, beans from Hopi, melons from Hopi.

We also have a diversity of quinoas because thanks to the spirit of the quinoa I came to this country. In 1984 or 85, I was invited by Professor Dwayne Johnson from Colorado State University to do research on new crops in the US – quinoa, amaranth, the small tubers, and other crops.

ARTY: Do you exchange seeds with other folks?

EMIGDIO: Actually, we are open for exchanging or giving. We get some funding from Seeds, Soil and Culture to send seeds to other Indigenous people or other people who want to work with these types of seeds. We are going to send seeds to Taos, to Navajo people and the Hopi people. Hopi people from Second Mesa and Third Mesa get tobacco from us for the smoke in the kiva because the kiva is very sacred and they want tobacco that isn’t grown with chemicals. They need to have sacred tobacco, and sacred tobacco is the tobacco that doesn’t have contaminants.

ARTY: Most of the general public doesn’t think much about seeds, why are seeds important?

Here in the Pueblo, when we have to do the planting, we pray; when we have to harvest, we pray. You can say, oh man, these people are crazy praying. Prayer will bring nothing. But for us, it’s so important because prayer connects us with the greater spirit. The spirits are with us all the time when you care about them – water, earth, seeds, clouds, all these things. Indigenous People are not taking gold and silver out of the mountains. We’re not digging Mother Earth to take the oil out. We respect those parts of Mother Nature as sacred. It’s sacred because they are part of life. Food, medicine, everything comes from Pachamama.