In Memory of Ralph Paige: Champion of Black Farmers 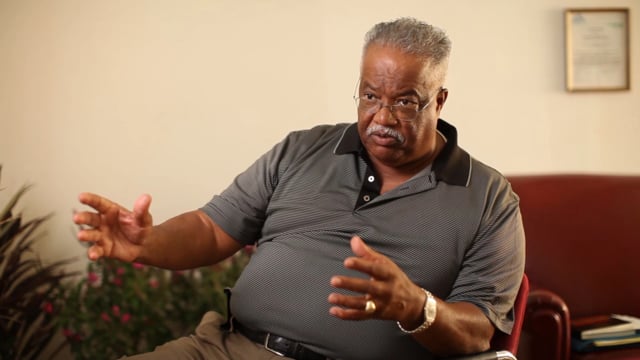 As I walked toward the meeting hall crowded with farmers, I could hear a buzz of joyful collegiality. I opened the swinging door and took a step inside and instantly the room fell silent. As the only white person in a group of about 200 Black farmers in Alabama, I got a small fleeting taste of what it means to be other. Uncomfortable and self-conscious, I froze in awkward pause.

Ralph Paige, a man of sizable physical stature, lifted his head, looked around and with a smile on his face said, “Who let the white folks in?” Everyone, including me, cracked up. The laughter pushed the silence aside and the tension dissipated. The group fell back into jovial conversation and I entered feeling relieved by the unconventional welcome.

That was Ralph. He knew full well the realities of racial distrust, but it didn’t prevent him from bringing people together to work for justice and to improve people’s lives.

When I first met Ralph, about 20 years ago, he was the Executive Director of the Federation of Southern Cooperatives (FSC) and was a Bioneers board member at the time. As the Project Manager for the Bioneers Restorative Development Initiative, I was organizing some of the first organic farming and medicinal herb trainings in the Deep South for FSC farmers.

The FSC grew out of the civil rights movement in the 1960’s to support Black farmers and help them retain land ownership. According to the 1910 Census of Agriculture, Black farmers numbered over 200,000. By the year 2001, those numbers were estimated to have shrunk to 19,000.

In a 1992 New York times article, Douglas Bachtel of the University of Georgia said, “Farm declines seemed to have plateaued for whites in the last decade or so, but black farmers are on their way to extinction.”

As a testament to the work of the FSC under Ralph Paige’s leadership, the population of Black farmer’s rose to 33,371 in 2012.

Hard fought victories came despite the fact that the FSC was the target of institutional discrimination. In the early days of the FSC as Black voter registrations increased in counties where they organized farmer co-ops, the FBI inexplicably raided their office and confiscated all their files. After a lengthy delay, they were returned without any explanation.

In 1992, Ralph and the FSC led a caravan of Black farmers to Washington DC to protest the discriminatory practices of the USDA. In 1997, the FSC helped provide legal assistance to Black farmers to join the class action suit, Pigford v. Glickman, against the USDA. The successful lawsuit awarded $2 billion to 15,000 claimants–the largest civil right judgment in the history of the United States. Lead attorney for the class action suit, J.L Chestnut, said, in a Bioneers keynote presentation, that up to that point, no one had ever heard the words Black farmer and billions of dollars in the same sentence.

When tragedy struck in the form of hurricanes Katrina and Rita, Ralph garnered the cooperative power of the FSC to aid thousands of farmers, fishers and families who suffered loss of home, loved ones and livelihoods.

A life-long civil rights warrior, Ralph Paige died of congestive heart failure on June 28. He worked tirelessly, at the expense of his own health, to help Black farmers be accorded the same opportunities as anyone else. His work invigorated rural southern communities culturally and economically. Ralph was a politically savvy operator with a big heart.

His legacy is apparent in the 200 units of low income housing, the 18 community credit unions, the 75 farmer cooperatives and the award-winning rural training center that the FSC built under Ralph Paige’s 30-year leadership, despite the roadblocks of discrimination and the racially rigged system that he helped break a few holes in.